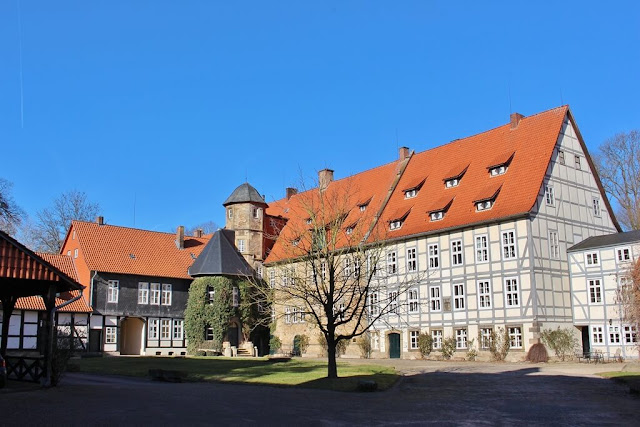 Some villages have all the luck in the castle department... Example needed? Apelern near Hanover. Number of inhabitants: 1,500. Number of castles: Two. One of them we already previously talked about, Schloss von Hammerstein. The second one is - unsurprisingly considering the title of this post - Schloss von Münchhausen. Both castles have a 'von' (of) in their name because they are simply named after the families that have been the owners of the estates for generations. If you have been following Confessions of a Castleholic for the last couple of weeks, the name Münchhausen will already seem familiar to you - and if you remember a little more about the family history: This Schloss was once home to the White Line of the family yet is now owned by the Black Line. 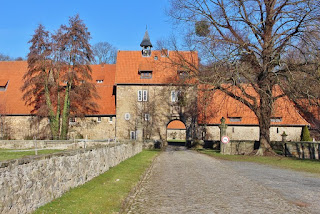 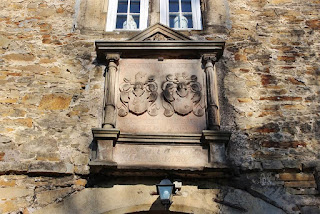 Already during the 14th century, Apelern was given as a fief by the Counts of Schaumburg to the Münchhausen family. It was Baron Börries of Münchhausen (1515–1583) who commissioned the current castle from architect Jakob Kölling in 1560. Börries had made his fortune as a cavalry captain in the mercenary forces of his cousin Hilmar of Münchhausen fighting during the Battle of St. Quentin in 1557 for the Spanish Empire. In 1594, Börris' sons divided the family assets amongst themselves with the oldest one, Claus, receiving the castle in Apelern. 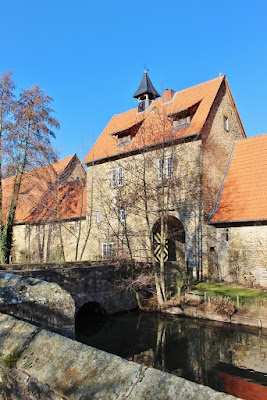 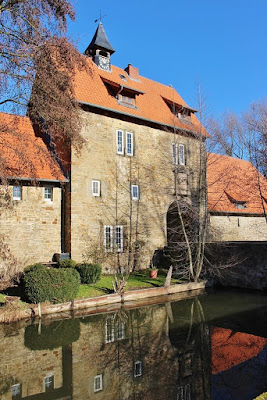 During the course of the 18th century, the moated Weser-Renaissance style castle was almost doubled in size by the addition of a timber-framed building. It continued to be the residence of members of the White Line of the Münchhausen family, including the one-time Prime Minister of the Kingdom of Hanover Baron Alexander of Münchhausen, until 1952. That year, Hans-Georg of Münchhausen left the Schloss in Apelern to his distant relative and adoptive son Heyno of the Black Line of the family, whose own inheritance lay in East Germany and had been dispossessed by the Soviets. Heyno's descendants are the owners of Schloss von Münchhausen to this day.
2019 Germany Lower Saxony Münchhausen Schaumburg