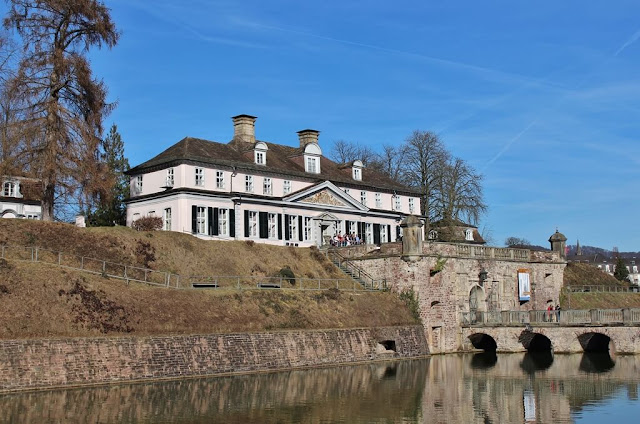 What do Peter the Great, Friedrich the Great, several British Kings, German poet Johann Wolfgang von Goethe and U.S. founding father Benjamin Franklin have in common? They all went to the tiny town of Bad Pyrmont to take the cure at some point in their lives. Especially during the 16th and 17th centuries, the spa town in today's Lower Saxony gained its reputation as a fashionable place for royal vacations. And so it won't come as a major surprise to you, that there is also a Schloss in Bad Pyrmont - the Bad standing for spa, not, well, bad. That castle, known as Schloss Pyrmont, was the main destination of my latest castle adventure that also led me to some nine other castles which we will have a closer look at over the coming weeks and months. (So far, you can already check out Schloss von Hammerstein.) 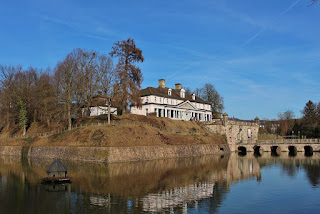 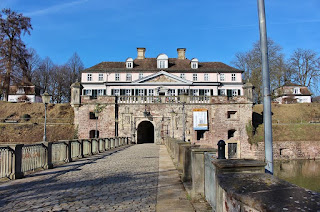 It was between the years 1525 and 1536 that Count Friedrich VI of Spiegelberg built the first fortification in Pyrmont. The fortified castle stood as a square-shaped rampart in the middle of several moats measuring no less than 40 metres to each side. The fortifications were further enhanced by casemates and a stone corner bastion. A wooden bridge and later a drawbridge was the only access to the castle that also included living quarters for the Spiegelberg family as a Weser-Renaissance style, three-storey castle was built between 1557 and 1562 in the southwestern part of the fortification. 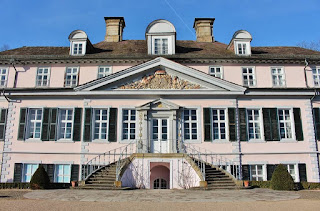 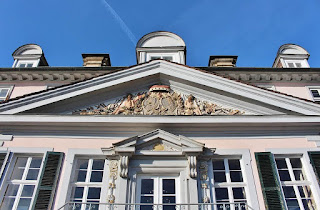 Count Philipp of Spiegelberg, Friedrich's son, who had commissioned the expansion of the the castle, however, never got to enjoy his new castle as he died before it could be completed. In his stead, his sister's husband, Simon of Lippe, took possession of Pyrmont and finished the construction. After the Counts of Lippe, the Counts of Gleichen also owned the castle for a brief period of time. It was in 1625, that the county of Pyrmont and thus its castle became part of the much larger County of Waldeck through inheritance. 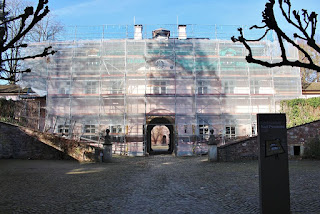 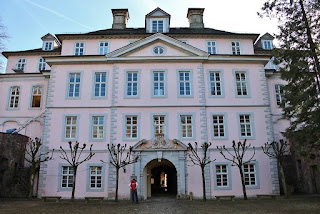 During the following years, Pyrmont saw quite some action as the Thirty Years' War revived an old succession dispute between the Bishopric of Paderborn and the Counts of Waldeck. As a result, General Pappenheim and his troops besieged the castle in 1629 until its 400-man garrison surrendered after ten months. In 1633, Swedish troops recaptured the fortress, which was again reconquered in 1636 by the Imperial Army. After being taken again by the Swedes in 1646, the fortress was handed over to the Counts of Waldeck in 1649. Unsurprisingly with this many changes of fortune, the castle suffered heavy damage. While it was rebuilt in a haste and occasionally used as a summer residence by the counts of Waldeck, it also suffered neglect and began to deteriorate. 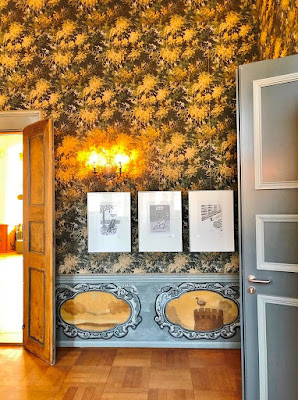 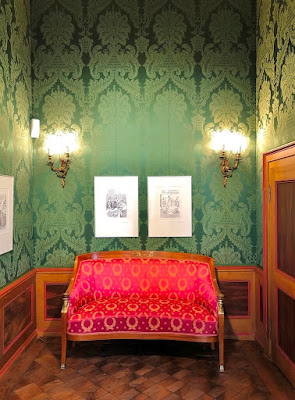 That was until a certain Anton Ulrich, the last Count and first Prince of Waldeck and Pyrmont, came along. In 1706, he commissioned master builder Hermann Korb to design a new Baroque castle on the grounds of the old fortress giving Schloss Pyrmont quite a special appearance. While the top has all the splendours of the early 18th century, the bottom is still an old fortress with seemingly secret passages, inviolable walls and dark dungeons. Construction of the new Baroque palace took four years with further expansions by Julius Ludwig and Franz Friedrich Rothweil during the following decades, including the commander's house, two cavalier houses and a magazine. 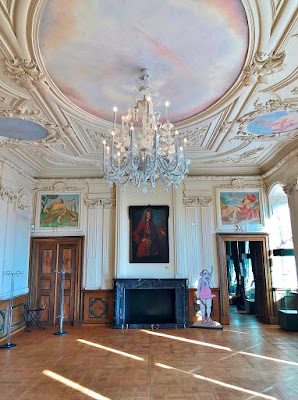 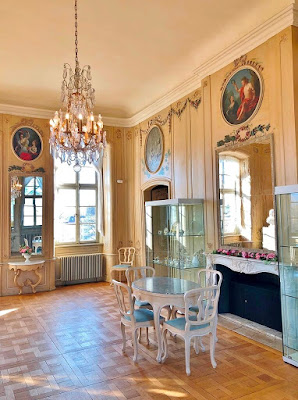 For the following two centuries, Schloss Pyrmont served as the summer residence of the Princely Family of Waldeck and Pyrmont who had their main residence at Residenzschloss Arolsen. Between 1852 and 1855, another several buildings were added to the Schloss in Pyrmont giving it its current appearance. It was here at the family's summer residence that the young Princess Emma of Waldeck and Pyrmont, only 20 at the time, would first meet her future husband King Willem III of the Netherlands. 41 years her senior, the King was badly in need of a wife and heir. While he had originally laid eyes on her sisters, who turned the difficult King down, it was Emma who remarked, "We can’t just let the poor man go home all alone". Little did she know on that fateful day in Pyrmont that she would become the first of many influential women who would go on to rule the Dutch monarchy. 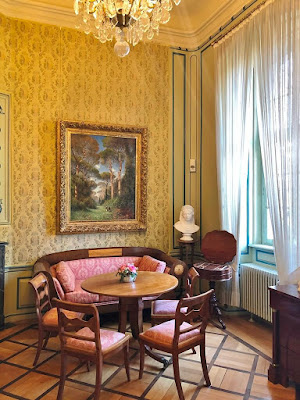 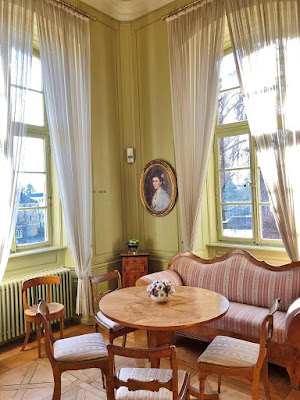 After the end of the monarchy about two decades earlier, World War II saw Schloss Pyrmont being turned into a hospital. Following the war, the British Red Cross used the castle until 1948 as their seat. During the 1950's, the Princes of Waldeck and Pyrmont sold the castle to the state of Lower Saxony. It now houses a museum about the spa town in general and the mineral waters that made Bad Pyrmont a household name. The upper floor shows the old room sequence without, however, the original furnishings. Every year, there is also a special exhibition being held.
2019 Germany Hameln-Pyrmont Lower Saxony Spiegelberg Waldeck und Pyrmont