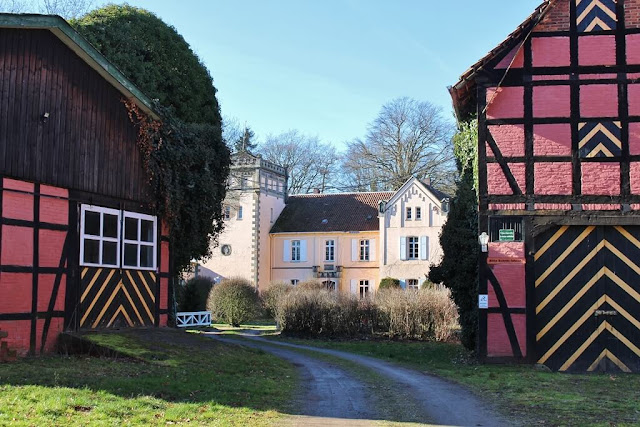 Got some spare money lying around? For just two million euros this castle could be yours! 15 rooms, 900 square metres, almost 30,000 square metres of land. You should have some more cash stashed away somewhere though to spend on renovation works. That's the fate of Schloss Meysenbug near Hanover which is currently on sale ending about 150 years of family history. It was around the year 1867 that Carl Rivalier von Meysenbug, high ranking official in the Electorate of Hesse, built the current Tudor-style Schloss instead of a previous castle located on the same site that had suffered water damage. He had been given the property, previously owned by the noble family of Zerssen, by Elector and Landgrave Wilhelm II of Hesse in 1828. 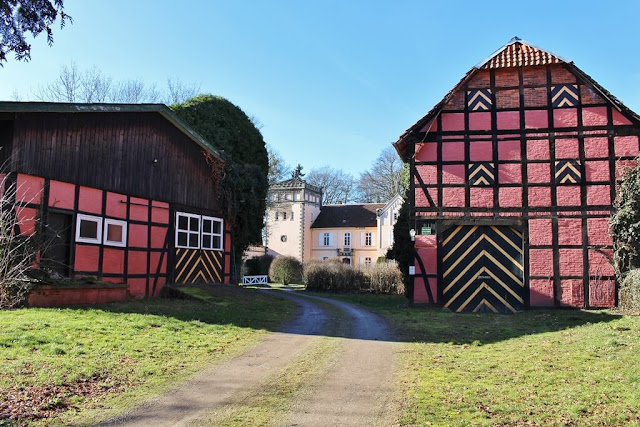 The son of a Huguenot family from France, Carl Rivalier had been ennobled in 1825 taking the name of an extinct Hessian noble family, Meysenbug, in addition to his own. He was later given the title of a Baron at the behest of Emperor Franz I of Austria. Carl's descendants later expanded the castle towards the end of the 19th century with the addition of a brick building. Up until a few years ago, the Barons of Meyenbug continued to live at the Schloss, when it was first put on the market in the early 2010's and is now looking for a new owner - as do those lovely pink half-timbered barns.
2019 Germany Lower Saxony Meysenbug Schaumburg Zerssen