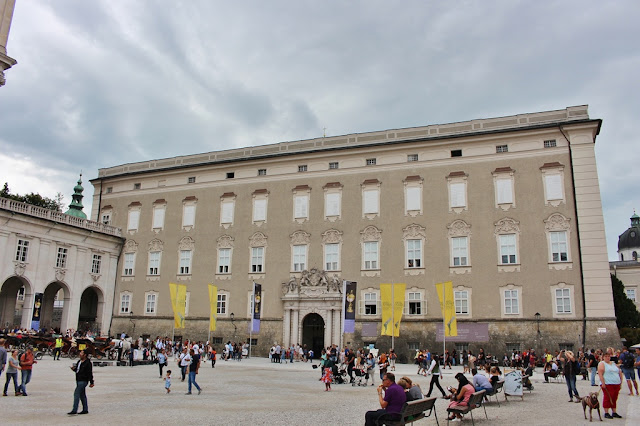 Scandalous things are happening in Castleholic land: Turns out that while I have been to Salzburg a handful of times, I had never even considered visiting the Residenz for some strange reason. Inexplicable. The Festung, ja. Mirabell, ja. But it took my until last summer to finally get to the residential palace of the Prince-Archbishops of Salzburg. And while this is a visually fairly uninteresting post - photos are not allowed to be taken inside the Residenz and thus I added a few of the Cathedral it sits next to - you have to trust me that it is a surprising beauty!

The Salzburger Residenz lies in the heart of the historic district and was once the Baroque power centre of the region nestled between Habsburg Austria and Wittelsbach-ruled Bavaria. The first mention of the Residence dates back to the year 1232. However, that first residential palace was later demolished under Archbishop Wolf Dietrich von Raitenau (1587–1612) in favour of a late-Renaissance style new building. Much of the plans for the new Residenz were likely drawn up by Italian architect Vincenzo Scamozzi. 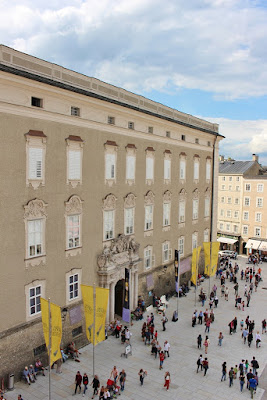 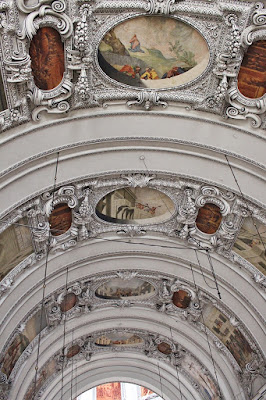 The beginning of the 17th century saw the addition of the southern wing including a large staircase and the Carabinieri Hall, the starting point of the tour of the Residenz connecting the palace with the Franciscan Church, one of the oldest in Salzburg, and a large courtyard. During the course of the 17th and 18th century, the Archbishops of Salzburg continued to expand and refine their residential palace. The facade facing the Residenzplatz (seen above) as well as the interiors were altered according to the tastes of the time and given a Baroque makeover designed by Johann Lukas von Hildebrandt and with paintings by Johann Michael Rottmayr. The sumptuous Baroque state rooms and private apartments of the Residenz are certainly a stunning sight to behold (and it's too bad I can't show you proper pictures). 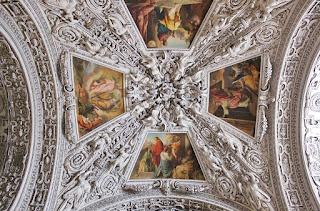 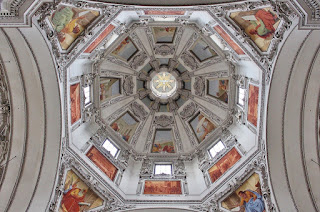 While the last Prince-Archbishop of Salzburg, Hieronymus von Colloredo, had plans drawn up to make major changes to the Residenz, it was decided in 1793 not to go ahead because of the estimated high costs even though some of the previous buildings had already been pulled down. The secularisation was looming on the horizon anyway: At the beginning of the 19th century, the Prince-Archbishopric of Salzburg became part of the Austrian empire.

Subsequently, the Residenz served as the home of the Habsburg family whenever they visited the town. Empress Karoline Auguste, wife of Emperor Franz I, used the palace as her widow's seat. The Tuscany branch of the Habsburgs also used the Residenz as their home after they lost the Grand Duchy. After the end of the monarchy in Austria in 1918, the palace came into public hands and is today owned by the province of Salzburg. Any visit to the Residenz includes a tour of the state rooms,  as well as several art galleries and Salzburg's stunning cathedral you can see in the pictures above.
2018 Archbishops of Salzburg Austria Habsburg Salzburg (land)