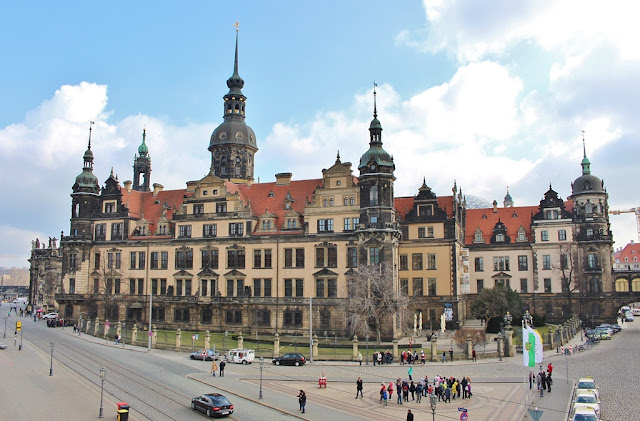 It's the second week of January and this Castleholic has managed to achieve something she never has before: I have written about all the castles and palaces I visited during the previous year. Procrastinator no more! (I wish...) That kind of brings us to a problem though about the future upkeep of this space on the world wide web though that is the matter for another post... First, let's learn more about the history of the place that served as the residence of the electors and later kings of Saxony for centuries, shall we? We shall. 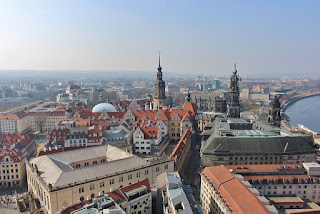 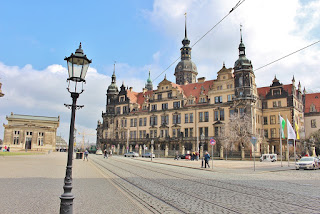 While the future Residenzschloss was firstly mentioned in the 13th century, the expansion of the castle into a princely residence started around the year 1400 under Margrave Wilhelm I of Meissen, known as 'the One-Eyed'. During the mid to late 15th century, the structure was further extended according to the plans of master builder Arnold von Westfalen and turned into an enclosed four-wing castle. The Saxon rulers continued to enhance their residence with further additions well throughout the 16th century to reflect their ever-increasing power. The elevation of Moritz of Saxony to the rank of an elector of the Holy Roman Empire also saw the commissioning of several foreign artists to contribute to the creation of the royal seat of power. 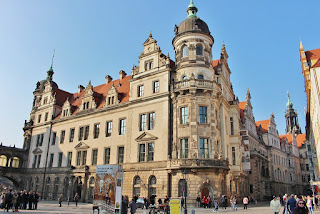 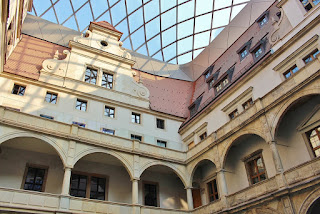 During the late 17th century, several smaller Baroque changes were made to the castle though the Residenzschloss received much of its current Baroque appearance after a devastating fire in 1701. Naturally it was no other than Saxony's most famous ruler and mastermind behind Dresden's Baroque splendour August the Strong, Elector of Saxony and King of Poland, who commissioned the best architects and artists to realise his dreams of a seat of power. Interestingly, he also created one of Europe's oldest museums along the way: The Green Vault. 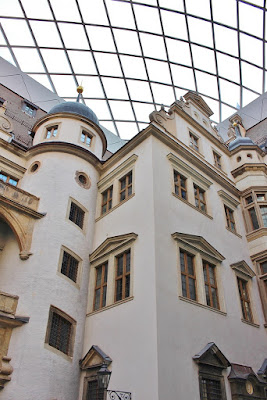 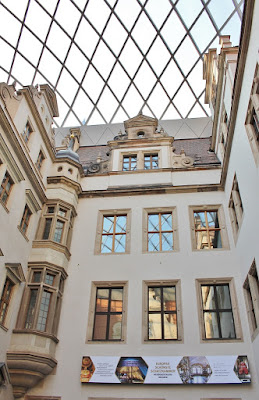 The Historic Green Vault consists of nine rooms and an entrance chamber showcasing some 3,000 masterpieces of jewelry and the goldsmith's art as well as precious objects made of amber and ivory. Already during the 18th century, August the Strong made the Green Vault accessible to a select public. His idea behind it? To create a Baroque Gesamtkunstwerk, a synthesis of the art, to express his wealth and absolutist power. Opened in 1723, the Historic Green Vault is considered to contain the largest collection of treasures in Europe. These days it is completed by the New Green Vault as well as several other museums, including the Numismatic Cabinet, the Collection of Prints, Drawings and Photographs and the Dresden Armory with the Turkish Chamber, all housed within the Residenzschloss. 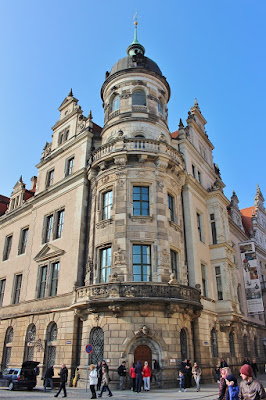 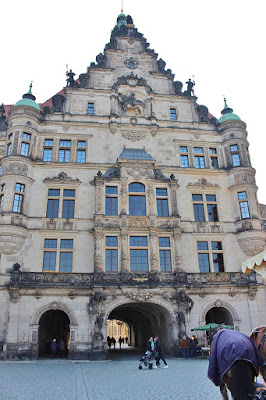 The castle remained in its Baroque shape with few alterations until the late 19th century when it was given a Neo-Renaissance style makeover to mark the 800th anniversary of the House of Wettin, Saxony's ruling family. Between 1889 and 1901, several of the facades were given a new appearance including the Georgenbau, where the last King of Saxony, Friedrich August III, lived until his abdication in 1918. One other famous addition of the time is the 'Procession of Princes' on the outside of the Stallhof building connecting the castle complex with the adjacent Johanneum. The 102-meter-long mural originally painted by Wilhelm Walther depicts the history of the Wettins showing all their rulers. Since it quickly faded, it was transferred to about 23,000 tiles of Meissen porcelain between 1904 and 1907. In the years prior to the end of the monarchy, several attempts to modernise the castle were made including the installation of in-floor heating and electric lights in 1914. 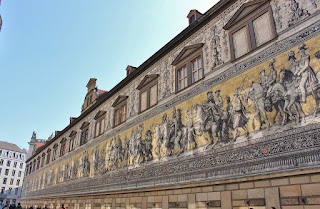 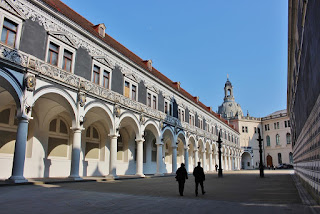 After the end of the monarchy, the Residenzschloss came into the hands of the state and the first castle museum was opened in 1922. Sadly, most of the Saxon rulers' residence was destroyed towards the end of the Second World War when large parts of the castle, like much of Dresden, burned down to the grounds following air raids. Three rooms of the Historic Green Vault were completely destroyed  and the others heavily damaged though the treasures luckily survived as they had been brought to Festung Königstein in the countryside at the beginning of the war. The reconstruction efforts of the Residenzschloss continue to this day. After World War II, the ruins were largely neglected and only a roof put up to save the castle from further damage. Reconstruction started sometime in the 1960's and while large parts have been restored to their former glory, there is still work left to be done and expected to be finished in 2021.
2018 Dresden Germany Open Saxony Saxony (family) Wettin