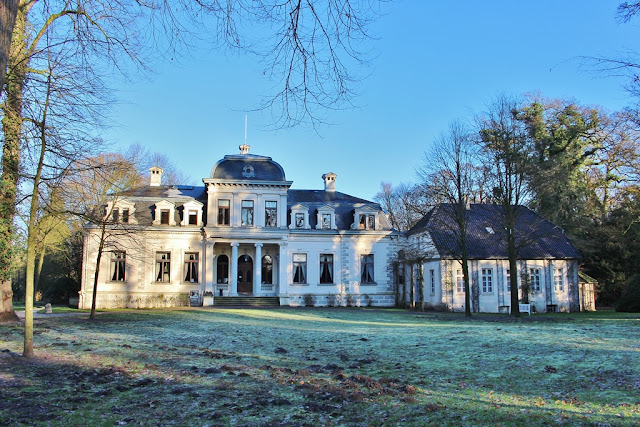 The Erbprinzenpalais in Rastede, these days mostly shortened to Palais, lies across the country road from Schloss Rastede near Oldenburg in a small English landscape park. After several changes in ownership, it was Grand Duke Peter Friedrich Ludwig of Oldenburg who purchased the original building, presumably built by a member of the noble Schmettau family, for his son and heir Peter Friedrich August in 1822. The palace was henceforth known as the Erbprinzenpalais (Hereditary Prince's palace). To reflect the status of the family, the original single-floor lodge was enhanced by the addition of a two-storey avant-corps. 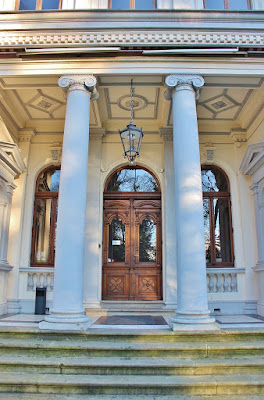 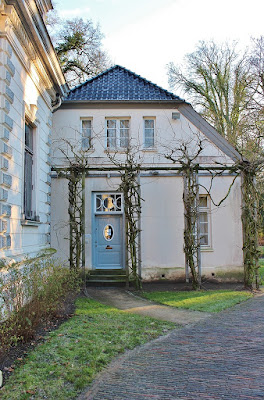 The full second floor was added later on by the future Grand Duke Nikolaus Friedrich Peter - Those Oldenburgs do love their triple names, don't they?! - in his day as the Hereditary Grand Duke. It was also Nikolaus Friedrich Peter who gave the small palace its current outer appearance combining historicism and Gründerzeit elements alike during renovation works carried out in 1882. The end of the monarchy in Germany also meant the end of the building activity of the Oldenburgs in Rastede. However much like Schloss Raschede across the road, they remained the owners of the Erbprinzenpalais - that was until early 2018. 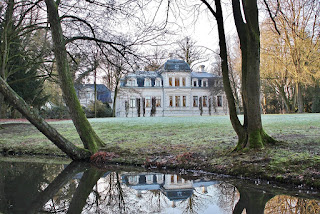 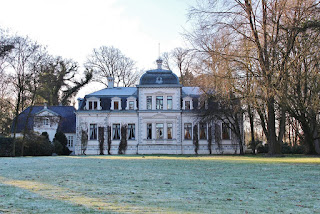 After the Palais had been used as a home by Princess Sophie Charlotte of Oldenburg, daughter of the last Grand Duke of Oldenburg and divorced wife of Prince Eitel Friedrich of Prussia, and her new husband during the 1920's, it later became a place to stay for refugees following World War II. Starting during the early 1970's, the Oldenburg family rented out the Erbprinzenpalais to the local municipality and a permanent lease agreement was reached during the 1980's. This changed on January 1, 2018, when the sale of the Erbprinzenpalais by the ducal family to the municipality of Rastede became official. Over the next 20 years, the Oldenburgs will receive the sum of 3.1 million euros for their palace in smaller annual rates. Already for the past few decades, the Palais Rastede has been used as an event and concert venue and will continue to serve the same purpose in the future.
2019 Ammerland Germany Lower Saxony Oldenburg (family) Schleswig-Holstein (family) Schmettau