Dresden famously is the Baroque jewel on the Elbe river, its architecture being influenced by the style of the 17th and early 18th century more than any else. The Coselpalais is just another stunning example of that. Located right next to the Church of Our Lady (or Frauenkirche), it bears the name given to one of the most (in)famous mistresses in German history. Anna Constantia von Brockdorff, married Countess of Hoym and later created Countess of Cosel, was the mistress of August the Strong, King of Poland and Elector of Saxony, for a couple of years before she fell into disgrace and  was banished from the Saxon court and imprisoned. 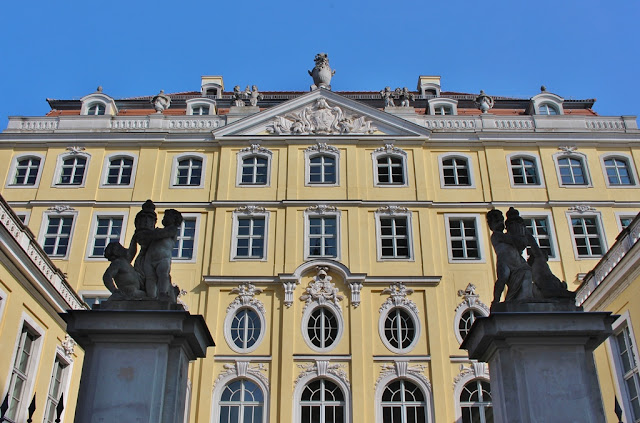 She, however, did bear King and Elector August, the original mastermind behind Baroque Dresden, three children including a son called Friedrich August just like his father. It was Friedrich August who commissioned architect Julius Heinrich Schwarze to build a residential palace in 1762 after purchasing several houses located on the same site previously. It took about two years for the  five-storey Coselpalais to be finished. Sculptor Johann Gottfried Knöffler created the twelve children statues around the gateway, which are still considered to be among the highlights of Saxon Baroque. 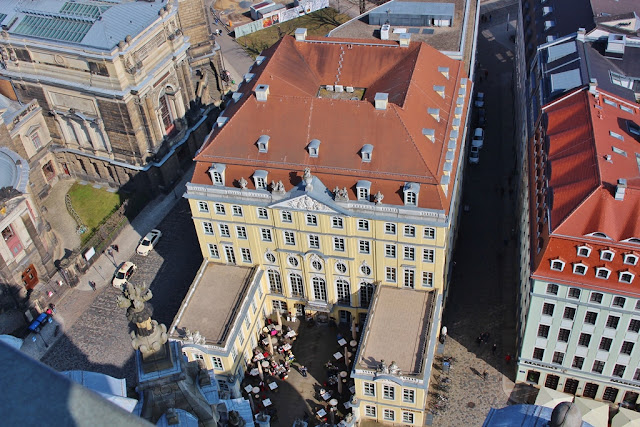 Nonetheless, Count Friedrich August of Cosel and his family hardly ever made use of their Dresden home preferring life at Gut Sabor in Lower Silesia. In the first half of the 19th century, the Coselpalais instead came into the hands of non-nobles and was later used as a hotel between 1845 and 1853. It subsequently served as police headquarters until 1901. It then became home to the Saxon building department before it was destroyed in February of 1945 during air raids of Dresden. The side wings of the palace were rebuilt during the 1970's with the main wing reconstructed during the late 1990's. Today, the Coselpalais is home to a restaurant as well as office premises.
2018 Cosel Dresden Germany Saxony