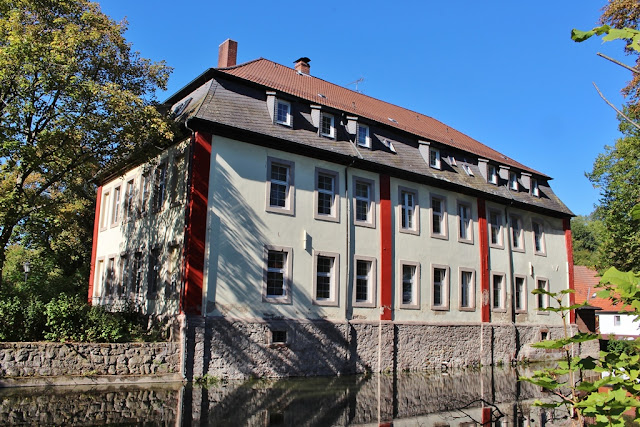 Not far from Schloss Gieboldehausen lies another little known castle built for the Lords of Minnigerode: Schloss Wollershausen. The moated castle in the tiny village of the same name was built between 1732 and 1735 by Ludwig von Minnigerode. While his family had owned the estate since 1398 when they received Wollershausen as a fiefdom from the Guelph rulers, Ludwig only got his hands on the property after an inheritance feud lasting over two decades a few years previously. 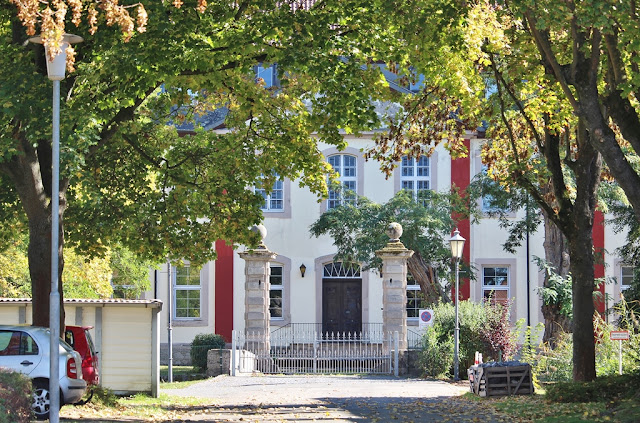 He decided to demolish a previous castle built around the year 1600 that had fallen into disrepair located not far from where the current castle stands. The construction of the new castle, however, turned out to be a costly endeavour as the Schloss stands in the middle of a marshland thus making it necessary to stablilise the underground by introducing large logs into the grounds. Nonetheless, Schloss Wollershausen remained in the hands of the Minnigerode family until 1932 and has seen varied usage since including as an orphanage and as a refugee shelter.
2018 Germany Göttingen Lower Saxony Minnigerode