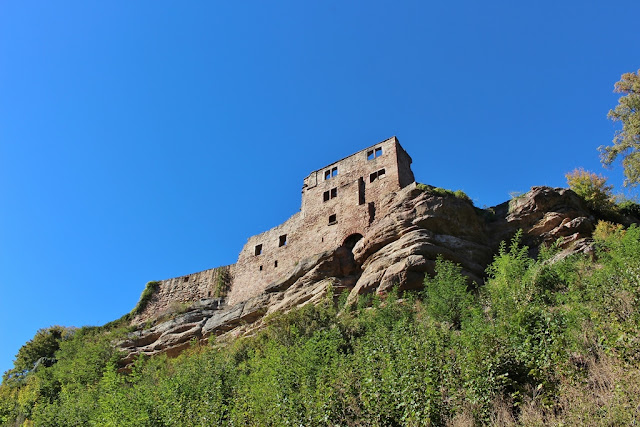 High above Schloss Hardenberg lies a castle of a similar name: Burg Hardenberg, the ruins of a 12th century rock castle that was abandoned by the Hardenberg family at the beginning of the 18th century in favour of the more comfortable Schloss. The Hardenbergs, who were later created barons and, in 1778, counts, had been the owners of the Burg since 1287 when they received it as a fiefdom by the Guelph rulers. The castle had originally been built by the Archbishopric of Mainz to oversee two trading routes and previously been given as a fiefdom to the Lords of Rosdorf. 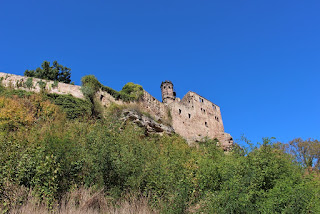 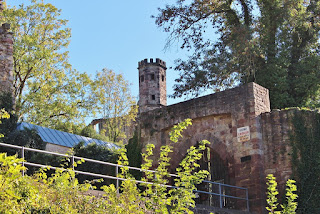 At the time the Hardenbergs came into the possession of the Burg they actually weren't yet known by that name but instead as de Novalis. Instead, the name Hardenberg stems from the name of the mountain this castle is located on. The family's claim to their new castle was solidified in 1345 when the Archbishop of Mainz confirmed the fiefdom of the Burg and the village of Nörten originally granted by the Guelph rulers. By 1400, the family became the actual owners of the castle and shortly afterwards a family feud developed following a division of the estate under Dietrich of Hardenberg in 1409. Subsequently, different parts of the castle became home of the two branches of the family. 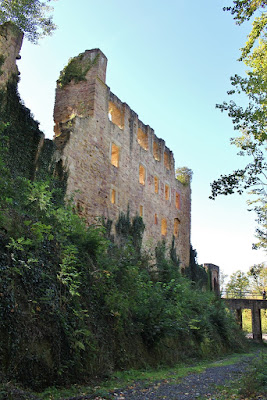 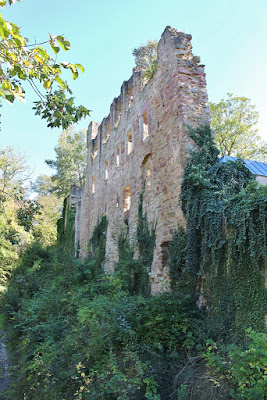 As legends has it, it was during this time as well that the family received their famous coat of arms featuring the head of a wild boar hog still prominent today. During a siege of the Burg by the Lords of Plesse, the inhabitants of the castle were alarmed to the attackers by the grunt of a wild boar. Thanks to the noise the Hardenbergs were able to fend off the attackers and subsequently honoured wild boars in general by adding them to their coat of arms instead of a key. 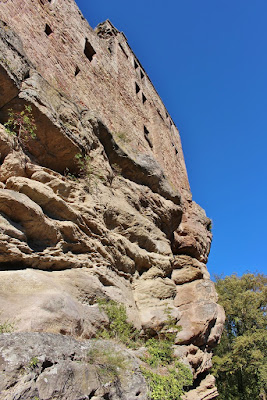 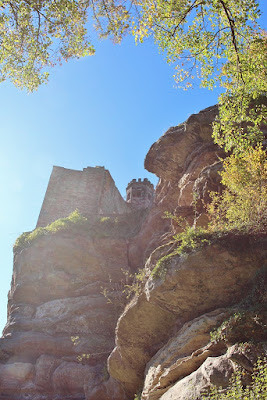 Burg Hardenburg suffered greatly in 1698 during an earthquake-like thunderstorm recorded in the diaries of a private tutor of the family when parts of the building collapsed. Two years later, construction on Schloss Hardenberg at the foot of the mountain started. In 1710, the Hardenbergs left the Burg for good in favour of the new palace. While the castle subsequently fell into ruins, there have been some preservation works over the past couple of years. These days, there are various events held at the Burg and you can also have your wedding there. On Sundays, there are also tours of the Burg which I will make sure to visit sometime in the future.
2018 Archbishops of Mainz Germany Hardenberg Lower Saxony Northeim Rosdorf