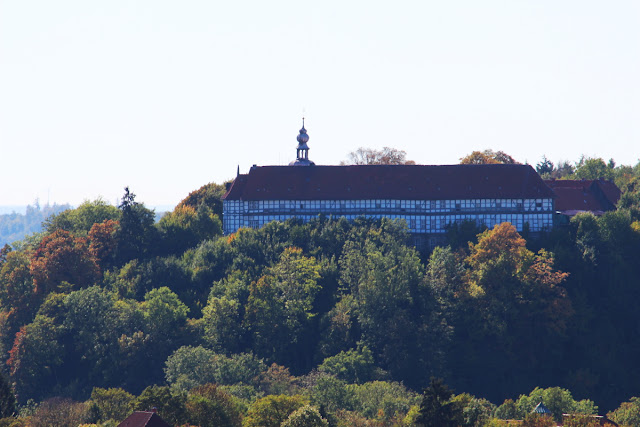 Whenever I tell friends that I am going to visit a castle, there are slightly perplexed that there are still some left. (Hundreds and thousands, in fact.) However, in the vicinity of where I live, there actually aren't too many. By visiting Schloss Herzberg in what was probably the last castle adventure of the year a few weekends ago, I think I crossed the last (publicly open) current and former Guelph castle off the list. (See them all here.) 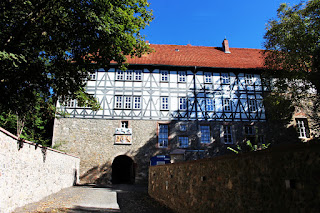 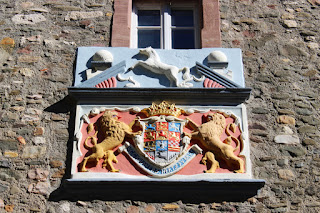 Truth be told, even though the castle is open to the public, there are not many signs of royal life left for it hasn't been used as a residence in 300 years. Today, Schloss Herzberg is used as the district court and also houses a restaurant in addition to being a museum with one part of it dedicated to the castle's history and the Guelph family who has owned different castles situated on the same hill since 1158. That year, Heinrich (Henry) the Lion received the castle during an exchange of possessions with Holy Roman Emperor Friedrich Barbarossa. Already previously the Guelphs had meddled with the castle's history owning it at different points in time. 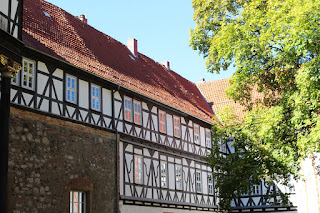 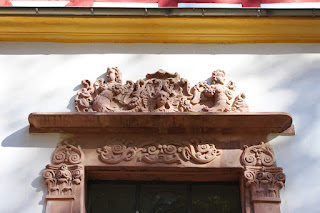 For 708 years, the Guelps continued to own the Schloss until the annexation of the Kingdom of Hanover by Prussia in 1866. In 1218, Maria of Brabant, wife of the Holy Roman Emperor, temporarily stayed at the castle. It was later used as a home for the widow of Duke Albrecht the Great before becoming the residence of the Grubenhagen line of the Dukes of Brunswick-Lüneburg in 1290 until their line went extinct again in 1596. During their time at Herzberg, the current Schloss was built. A serious fire in November 1510 destroyed much of the previous castle with the ducal family saved at the last minute. The duke's shield bearer and the duchess's chambermaid, however, died in the fire. Afterwards, the present castle was erected as an enclosed four-winged building made out of sandstone basements and half-timbered upper storeys. Construction was completed in 1528. 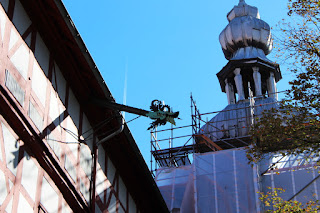 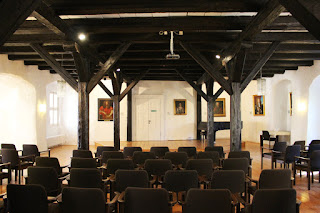 The most famous member of the Guelph family connected to Schloss Herzberg probably was Elector Ernst-August, who was born at the castle in 1629. The first Elector of Brunswick-Lüneburg was married to Sophia of the Palatinate, who went on to become heiress presumptive to the British crown, and father to King George I of Great Britain. Ernst-August's parents, Duke Georg of Brunswick-Lüneburg and Landgravine Anna Eleanor of Hesse-Darmstadt, lived in the castle until 1635. 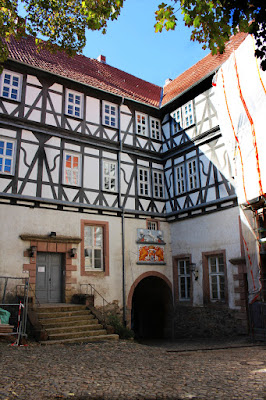 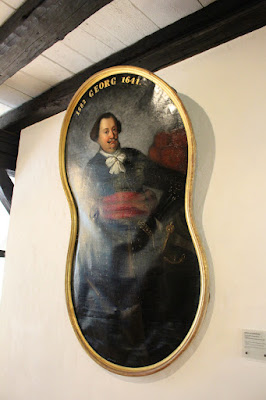 The castle towering over the small town of Herzberg remained a royal residence until 1714, the year the Guelphs ascended to the British throne, when it was given up and all furniture moved to other estates of the family. In 1882, the castle became the seat of the district court of Herzberg. A museum was opened in 1900. While times had generally been kind to the Schloss and there hadn't been much violent damage for more than 400 years, the Second World War changed that. In spring of 1945, a mighty explosion at a nearby ammunition dump, where 40,000 kilos of explosives and 8,000 mines had been stored, shook the castle and surrounding town. The roof of the castle was blown off and the museum was destroyed and subsequently looted. In 1947, further damage was caused when some nearby military bunkers were blown up. 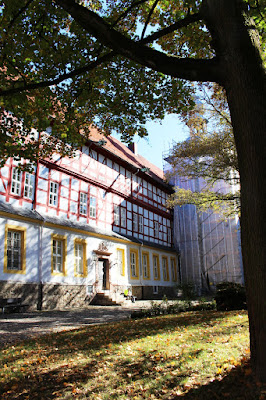 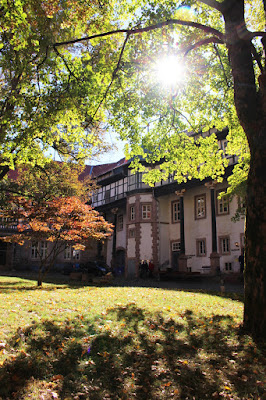 Luckily, the castle was later restored after the war with sums in the double-digit millions going into further renovations works in the past 15 years. The castle's museum portrays the history of the forestry industry in the Harz mountains, the castle's history and that of the Guelphs, as well as the history of local arms manufacture as well as organ making - and while it isn't the first Guelph castle I would recommend you to visit, it was definitely worth the trip.
2018 Germany Göttingen Guelphs Lower Saxony