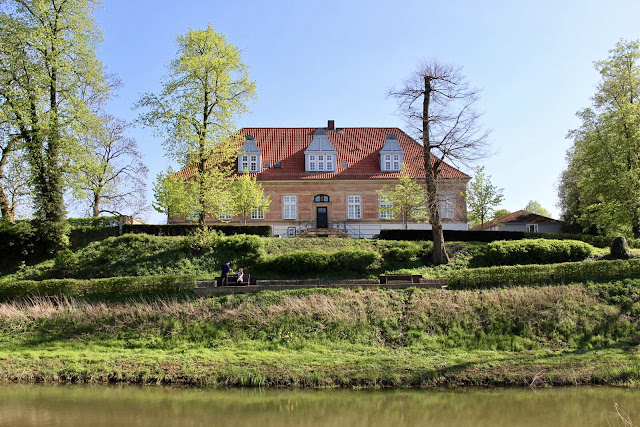 Truth be told, there aren't a lot of splenderous castles to be found around Hanover, the town where I live. By the time Baroque became en vogue, the Guelphs had adopted the concept of primogeniture instead of the division of lands between several sons thus not needing several residential towns anymore - and in 1701 they also got hold of another throne in addition to the Electorate of Hanover, thus making a move to London necessary and some of Hanover's rulers never even made it across the channel to mainland Europe to see their ancestors' home. 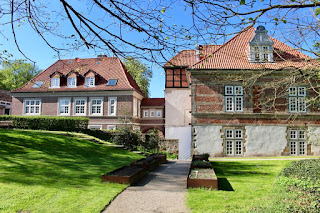 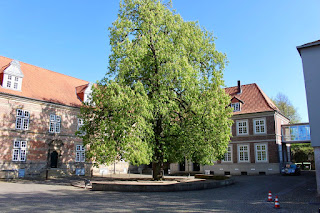 There are, however, several Renaissance-style castles in the area though most of didn't have a royal use anymore even during the last decades of the monarchy. One of them is Schloss Landestrost in Neustadt am Rübenberge, just north of Hanover. The castle owes its existence to Duke Erich II of Brunswick-Lüneburg. Erich "the Younger" ruled the Principality of Calenberg-Göttingen, one of the several Guelph principalities in existence prior to the adoption of primogeniture. Neustadt, much like the castle renamed "Landestrost", literally "consolation of the country", during the reign of Duke Erich II, lay in the northern parts of the Principality and the Duke wished to cement his rule with its construction. The castle also conveniently lay above the largest local river, the Leine, and along the path of an important trading route. 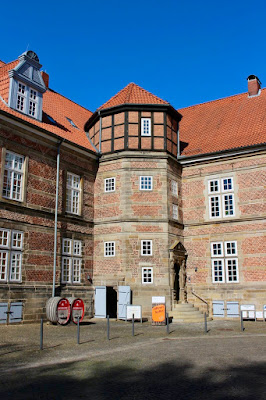 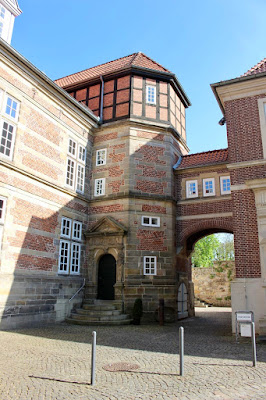 Construction on the Weser-Renaissance style castle started in 1573 and Duke Erich II never actually saw much of it as he spent large parts of his reign outside of his Principality traveling all over Europe. However, it was still important to him that the building be finished in time. So important that a young child of a gipsy woman was immured in its walls - or so legend has it. If local tales are to be believed, the fortification walls kept collapsing and the only solution to be found was to sacrifice a child. You see, Duke Erich II doesn't seem to have been the most rational guy around and actually burnt several women accusing them of witchcraft because he believed them to have tried to kill him. He even accused his own wife née Sidonie of Saxony to seek his life. 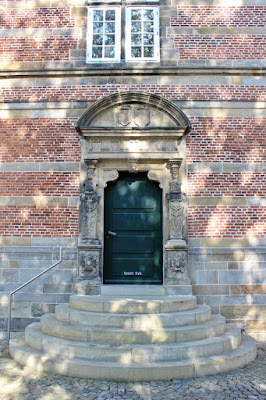 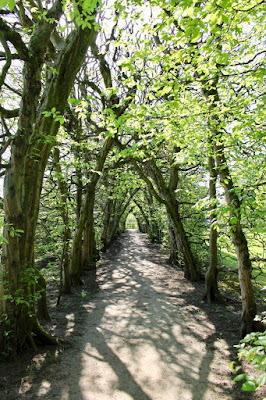 Rather unsurprisingly considering his relationship with his wife, the Duke did not father any legitimate heirs - also not with his second wife - and thus construction was halted in 1584 when he died while in Italy. The Principality of Calenberg-Göttingen was inherited by Duke Julius of Brunswick-Lüneburg, ruler of the Principality of Brunswick-Wolfenbüttel. The Schloss's new owner decided not to pursue construction further than things absolutely necessary and thus Schloss Landestrost was left incomplete with only two instead of the planned four wings. While it did remain an official royal residence until 1636, there was never more than passing royal visits. That year, the castle became the home of the district magistrate and has varying official uses ever since. On a more sparkly note, Schloss Landestrost has also home to the only champagne producer in Lower Saxony for more than a century.

Good to know:
Parts of Schloss Landestrost are open to the general public. There is a small historical exhibition open Mondays to Thursdays from 9am to 12pm and 1pm to 4pm as well as on Fridays 9am to 12pm.  Admission is free. Unbeknownst to yours truly before writing this post, there are actually also guided tours on every third Saturday of the month at 3pm. Admission is 1,50 euros per adult and the tour takes one and a half hours. Do not be disappointed though as I have been inside the castle during an event and there actually isn't much to see, probably not too surprising considering that the Schloss hasn't been a royal residence for close to 400 years. For more information, have a look here.
2018 Germany Guelphs Hanover Lower Saxony