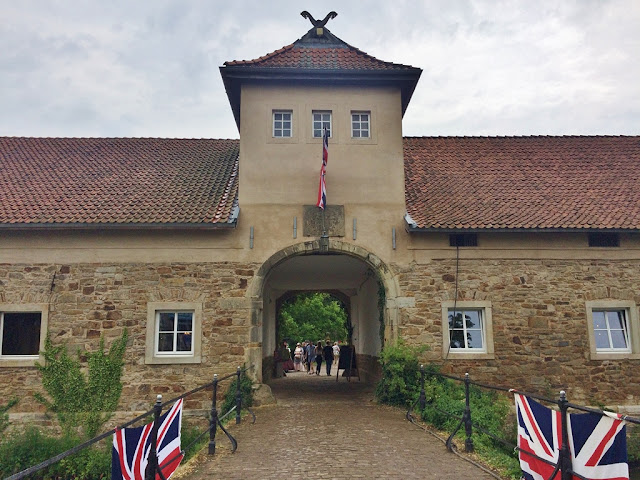 It’s kinda surprising I introduced you to the concept of a Rittergut only about a week ago considering that there are hundreds and thousands of them scattered all over the German countryside. A Rittergut, literally a knight’s estate, were usually and often still are owned by the untitled or occassionally lower titled nobility. Today’s knight’s estate - Rittergut Remeringhausen - owes its existence to the Münchhausen family, you may recall from one of the other times they popped up here on Castleholic. 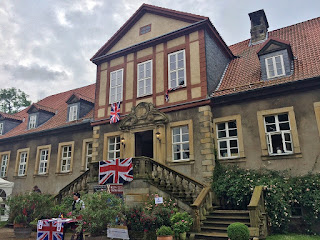 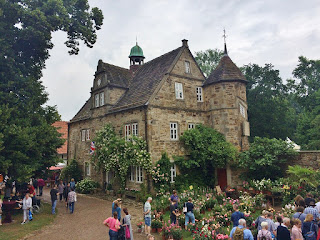 In 1565, Börries von Münchhausen inherited a feudal estate in Remeringhausen, alongside with another one in nearby Oldendorf, from his father-in-law Claus van Büschen and, in turn, later bequeathed it to his son Ludolph. It was Ludolph who, in 1594, turned the farm run by a serf into an estate run directly for the family and decided to build a manor house to rival other knight's estates. 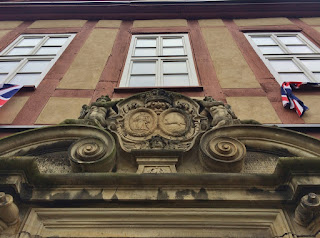 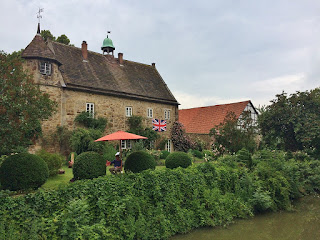 Only one wing of the Weser-Renaissance-style building dating to the year 1599 remains to his day and is known as Schlösschen, or little palace. In 1600, Ludolph married 15-year-old Anna von Bismarck. Together the couple had 18 children including five sons. Under the guidance of his son, Remeringhausen was officially recognised as a Rittergut by the Count of Schaumburg. 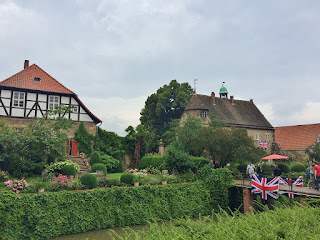 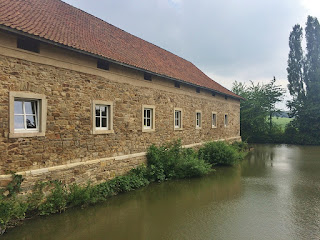 It was in 1701 that Ludolph's and Anna's grandson Börries von Münchhausen decided to add a Baroque manor house to the ensemble. Nonetheless the Münchhausen family, who owned several castles and manor houses in the area, hardly made use of Rittergut Remeringhausen and it remained largely unoccupied for much of the years. Only after the Second World War the Rittergut was used as a home more permanently. 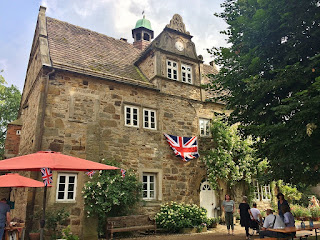 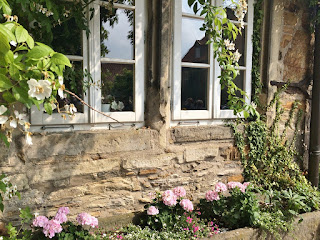 In 1945, refugees from the German eastern territories moved into the estate. Among them was Eberhard von Breitenbuch, who you may or may not know as one of the his conspirators behind the 20 July Plot to kill Adolf Hitler. Breitenbuch and his family fled Saxony like many nobles after the Soviet occupation. At first they lived in the attic with other refugee families until there were moved into the main building by Hans-Georg von Münchhausen, at the time owner of the Rittergut and Breitenbuch's uncle. In 1952, Eberhard von Breitenbuch inherited the estate but only made it his permanent home in 1974 after his retirement as head forester for the state of Lower Saxony. 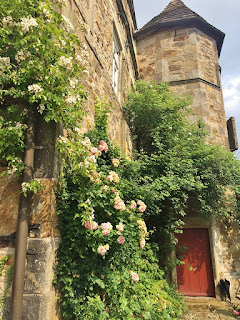 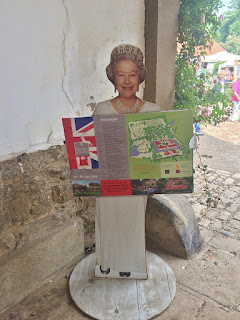 At about the same time, his second son Hildebrand started first renovation works that have pretty much continued ever since. These days, the Rittergut is owned by Eberhard's granddaughter Tania and her husband Nicolaus von Schöning, who organise several annual events at the estate, including the British Weekend that took place last weekend with - surprise, surprise - yours truly among the visitors. Many castles and manor estates in Germany offer similar kinds of markets though I have to say that the one at Rittergut Remeringhausen was one of the best ones yet! They have lovely gardens and lots of accompanying programme, from Highland Games to Prom Concerts.


Good to know:
Rittergut Remeringhausen isn't generally open to the public. You can book your private tour for 75 euros - or simply visit one of the annual events there. For more information, have a look here.
2018 Breitenbuch Germany Lower Saxony Münchhausen Schaumburg Schöning