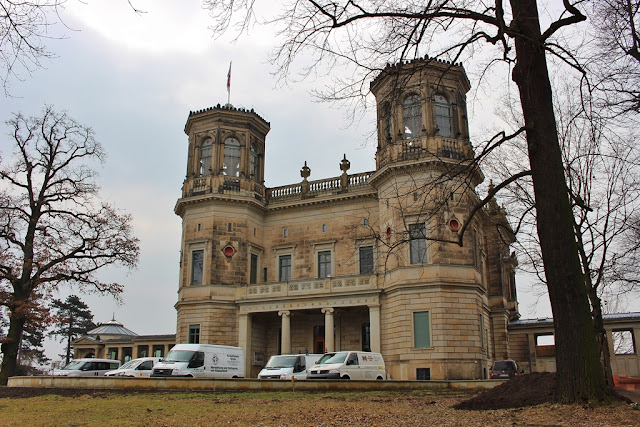 Time to get back to my pre-Easter castle adventures and introduce you to another castle I saw while visiting beautiful Dresden: Lingnerschloss literally located right next to Schloss Albrechtsberg. Originally known as Villa Stockhausen, the Schloss was built by Prince Albrecht of Prussia, youngest brother of both King Friedrich Wilhelm IV und the future Emperor Wilhelm I, for his chamberlain Johann Karl Friedrich Ludwig von Stockhausen. Prince Albrecht had to leave the Prussian court after morganatically marrying Rosalie von Rauch and made Dresden his new home. 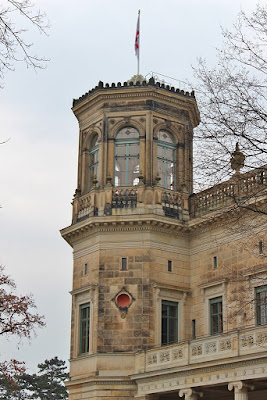 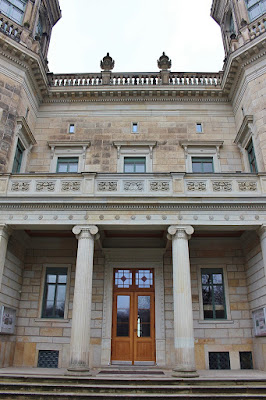 The Villa was built between 1850 and 1853 according to plans by Adolf Lohse, a student of Karl Friedrich Schinkel who had also given Schloss Albrechtsberg its current appearance. The chamberlain, however, could not enjoy the castle for very long as he died in the year of completion. His family continued to live there though. In 1891, Villa Stockhausen was sold to sewing machine manufacturer Bruno Naumann zu Königsbrück, who died there a few years later. Naumann's descendants sold the building and accompanying vineyard in 1906 to Karl August Lingner, the Schloss has (obviously) been named after ever since. 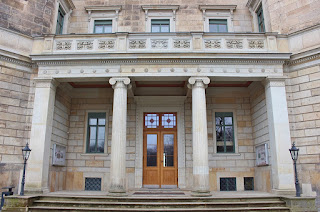 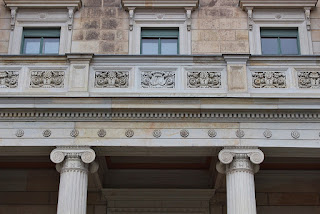 Lingner was pretty much a legend while he was still alive: He was the inventor and manufacturer of the internationally renowned mouthwash "Odol", initiator of the world's first baby clinic, philanthropist and founder of the Dresden Hygiene Museum. Lingner loved unusual solutions and ideas. He had a small funicular installed to take him straight from the Schloss down to the Elbe river as well as an organ whose sound could be transmitted to his friends via the telephone. Architect Wilhelm Kreis and painter Franz von Stuck also created a new interior for the Schloss. 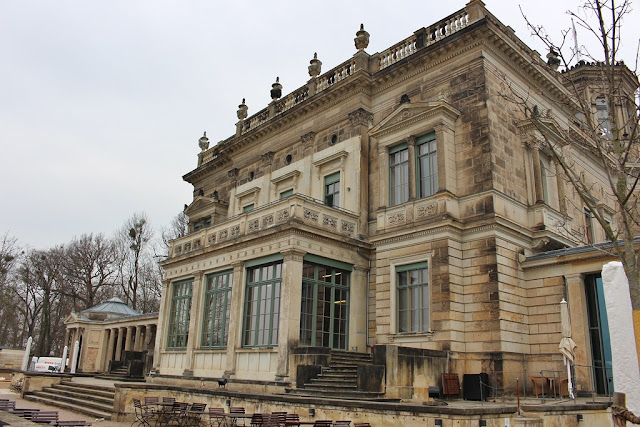 Architect Hans Poelzig and sculptor Georg Kolbe were commissioned for the creation of a mausoleum in the park of the Lingnerschloss. At said mausouleom Karl August Lingner was laid to rest in 1916. Two weeks before his death, he had drawn up quite an unusual will: He left his Schloss to the city of Dresden under two conditions. 1) The park had to be opened to the people of Dresden and 2) at least part of the Schloss should house a café or restaurant. 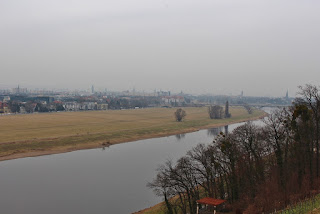 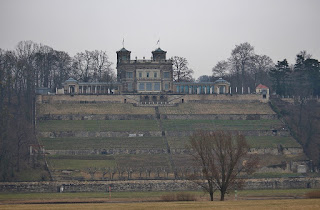 While the first stipulation was seemingly always carried out, the Schloss had various other uses since including as a military hospital, Soviet garrison's headquarters and home to the "Club of Intelligence" established by the GDR government. After the German reunification, the Schloss fell into further disrepair until 2002 when a group of citizens of Dresden founded a friends' association to save the Lingnerschloss. In May 2010, a new café opened in the Eastern wing of the castle - and it offers a daily changing alcohol-free drink for 75 Euro cents, just liked Lingner had written it in his will.


Good to know:
The Lingnerschloss isn't generally open to the public though there is a café with a gorgeous view over Dresden located in it (and I keep my fingers crossed for you that the weather will be better than when I visited).
2018 Dresden Germany Hohenzollern Prussia Saxony Stockhausen