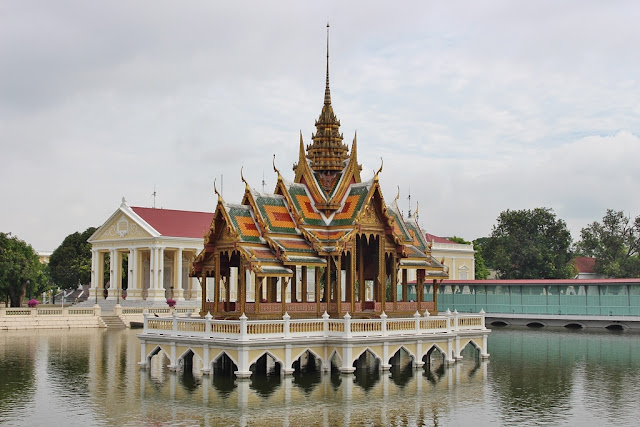 Whenever I am on holiday, I usually try to avoid tour group tours as much as possible. I'm just not a fan of the "Get out of the bus and hurry, we only have 15 minutes at this place!" kind of travel. One of the tours during my recent travels in Thailand though did lead me to a royal palace I had never heard about and I can thus share with you today. North of Bangkok and close to the old capital of Ayutthaya lies Bang Pa-In Palace. Nestled away in a traditional Thai small town, the palace complex and former summer residence of the royal family of Siam and later Thailand boasts a surprising number of European-style looking buildings and some of the statues could have been taken straight from Versailles. 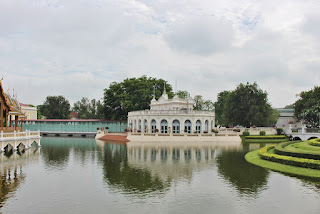 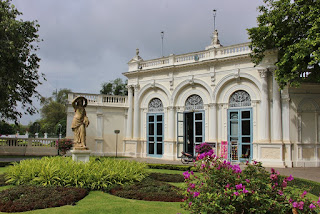 Bang Pa-In Palace owes is existence to King Prasat Thong, who ruled Siam between 1629 and 1656. Legend has it that he was an illegitimate son of King Ekathotsarot, who was shipwrecked on the island in the Chao Praya River and had a child by a local woman. Other sources indicate that the future King Prasat Thong was the maternal cousin of King Songtham. Whatever his origins, he held great power at the court of King Songtham and became Chief Minister. 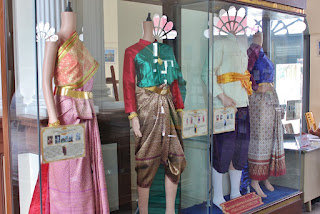 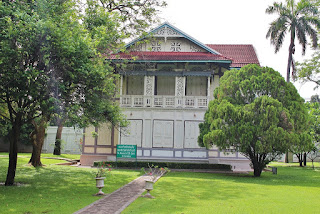 After Songtham's death, he was succeeded by his son Chetthathirat though the reign was disputed by a younger brother of the late King. While first siding with Chetthathirat, quarrels between the new King and the future King Prasat Thong, at the time still an influential minister and known as Phraya Siworawong, arose which ultimately led to the overthrow of King Chetthathirat and the crowning of Prasat Thong. 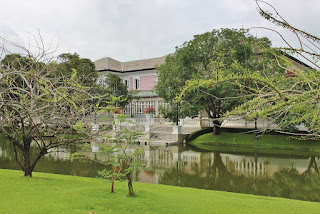 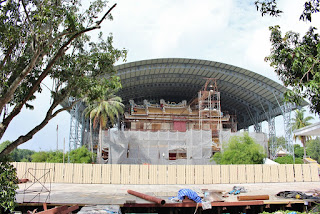 The new king founded a monastery, Wat Chumphon Nikayaram, on the land belonging to his mother on Bang Pa-In Island and then had a pond dug and a palace built to the south of the new monastery. The old Ayutthaya chronicles mention one palace that was named Aisawan Dhipaya Asana Royal Residence and constructed in 1632. It is not known whether the palace complex of Bang Pa-In was still in use by the time of the demise of Ayutthaya in 1767. Chronicles from the early 19th century indicate that the place was abandoned and overgrown at that time. 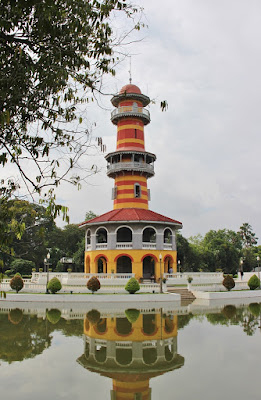 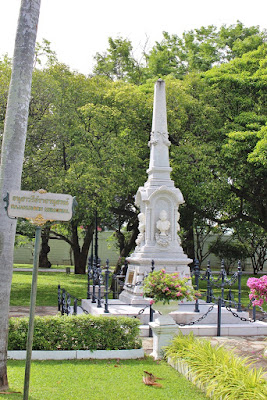 The old palace found new life thanks to King Rama IV of the Chakri Dynasty, also known as King Mongkut, who reigned Siam from 1851 to 1868. (He is the Siamese king you may or may not know from the novel "Anna and the King of Siam" and its film adaptations, none of them particularly well received in Thailand, by the way.) King Mongkut had temporary residences erected on the site, while permanent buildings were later commissioned by his son, King Chulalongkorn (Rama V). Bang Pa-In Palace's most famous sight, the famed small pavillion in the middle of the pond, the Aisawan Dhipaya Asana Royal Residence was (re)constructed between 1872 and 1876. 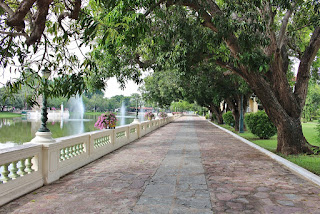 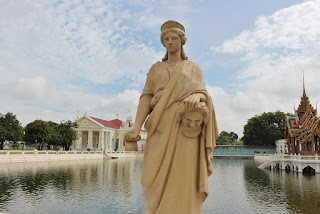 Most of the other buildings were constructed in 19th century European style between 1872 and 1889. A notable exception, both outside and inside, is the Phra Thinang Wehart Chamrun Residential Hall, which features Chinese architectural style. Unfortunately this particular building, which is one of the few buildings generally open to visitors, was closed for renovation when I visited a few weeks ago (was was one of the other large buildings). Apart from the main buildings, you will find several villas for the wives and concubines of the Siamese kings scattered all over the park. 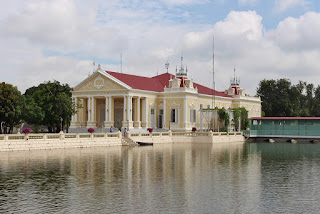 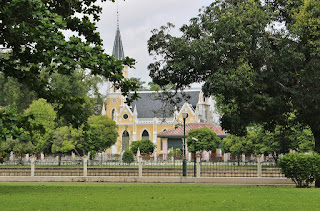 Bang Pa-In Palace is considered one of the best-preserved residences of the Thai royal family open to the public as it was still occasionally used by King Bhumibol, who ruled Thailand for 70 years before passing away in 2016. My verdict on Bang Pa-In Palace: While I wouldn't recommend going to  the Ayutthaya region just to see this palace (especially when non of the interior is open to the public as was the case when I was there), it makes for a nice, more modern stop on any tour of Thailand's former capital. To visit the palace feels a bit like stepping inside a capsule, insulated from the madness of the countryside and the gazillion tour companies taking tourists to Ayutthaya around it.


Good to know:
Bang Pa-In Palace is open to daily from 8am to 4pm. Admission for foreigners is 100 baht.
2018 Central Thailand Chakri Prasat Thong Thailand