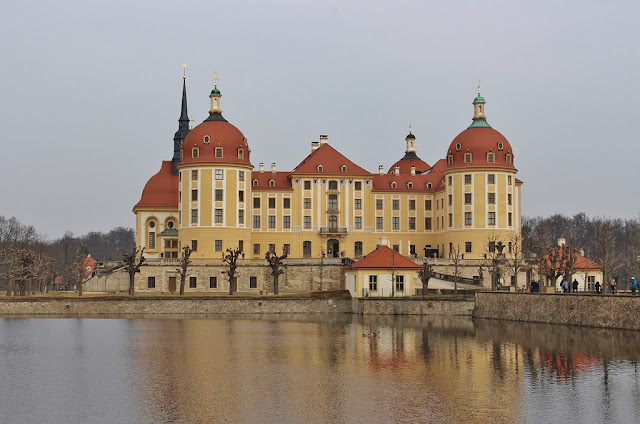 Once upon a time, there was a kind girl named Cinderella and - in my imagination - she found her prince at today's castle, Schloss Moritzburg. You see, I grew up religiously watching "Three Wishes for Cinderella" every Christmas and so it was without a doubt that I would go and see the Baroque palace when I visited Dresden recently even though I had been there once before. 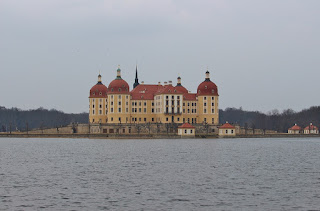 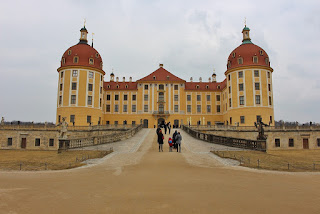 Schloss Moritzburg is located on an artificial island just northwest of the city and was originally a hunting lodge of Duke Moritz of Saxony, hence its name. The building was expanded under Elector Johann Georg II but it wasn't until Elector Friedrich August III, better known as August the Strong, that the Schloss received its current appearance. August had come to the Saxon throne in 1694 aged 23 upon the death of his older brother. A few years later he converted to Catholicism to secure his election as King of Poland. The Elector of Saxony and new King of Poland thus needed a Catholic church in the staunchly Protestant Saxony. He chose Moritzburg and thus the castle's church was consecrated in the Catholic rite on Christmas 1699. 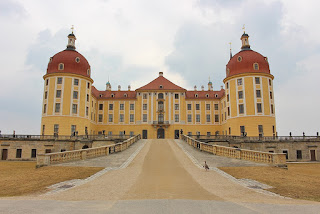 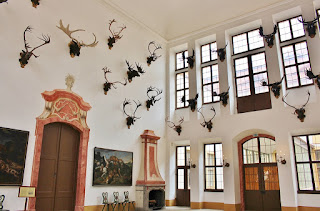 At the very beginning of the 18th century, August the Strong decided to give Schloss Moritzburg a general makeover in the taste of the times. Plans were drawn up for a Baroque pleasure palace as early as 1703 though the actual building works were only carried out a good 20 years later, between 1723 and 1733 by architects Matthäus Daniel Pöppelmann and Zacharias Longuelune, to convert the Renaissance-style building into a Baroque hunting and pleasure palace. 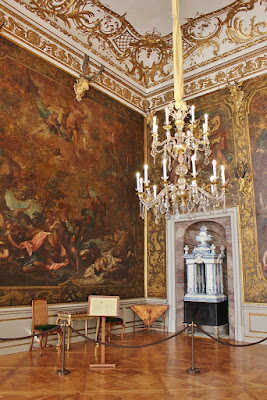 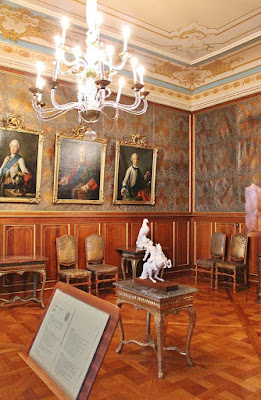 At Moritzburg, the Elector - who was also the one who gave Dresden city centre much of its current appearance - wanted to celebrate his excessive feasts and hunts. His dream was to build a "Temple of Diana", surrounded by exotic animal enclosures with lions, cheetahs and European bisons. The best Saxon craftsmen and artists were comissioned to design the interior of the seven halls and more than 200 rooms of the palace, much of it decorated in opulent Baroque style with the walls being covered in 17th century gold-gilded leather. 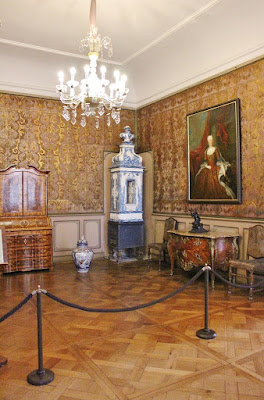 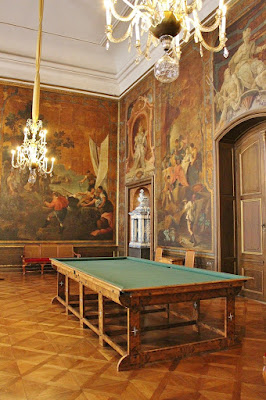 When August died in 1733, the works on the Schloss were halted. It was his grandson, Elector Friedrich August III, who once again took a major interest in Schloss Moritzburg. He concentrated his efforts on the area surrounding his grandfather's castles adding the Little Pheasant Castle, which we are going to cover seperately, and several other smaller buildings on the estate. 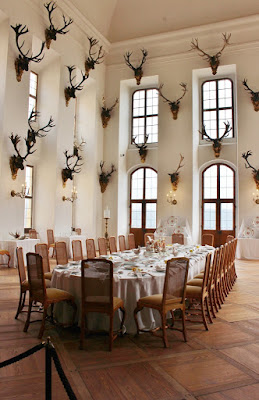 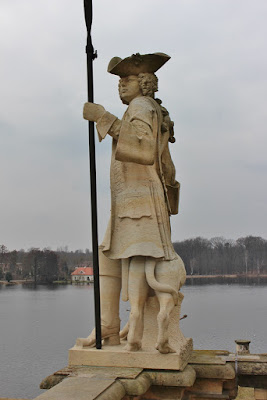 Even after the monarchy was abolished in 1918, Schloss Moritzburg remained in the hands of the Wettin family. The last member of the family to live at the palace was Prinz Ernst Heinrich of Saxony who called it his home between 1933 and 1945, when the Wettins were dispossessed by the Soviets and fled to the Western part of Germany. Before they left, they buried much of the family's treasure, including the silver baptismal font of August the Strong, in the woods surrounding the palace. Most of it was discovered by the Soviets and brought to St. Petersburg where parts of it can still be viewed today. Already in the late 1940's Schloss Moritzburg, which is now owned by the state of Saxony, was opened as a museum - and has doubled as a fairytale castle in more than one movie.


Good to know:
Schloss Moritzburg's Baroque rooms are open to the public between mid-March and early November each year. During the winter months, there is always a special exhibition about "Three Wishes for Cinderella" though the state rooms are closed to the public. Admission for the Baroque rooms is 8 euros. For more information, have a look here.
2018 Germany Meißen Saxony Saxony (family) Wettin