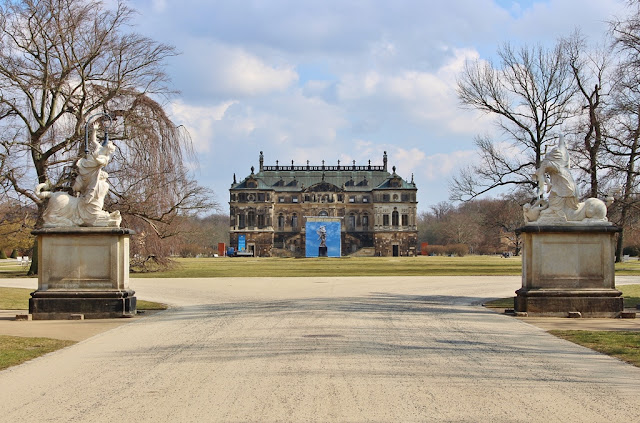 Dresden's Großer Garten - or "Great Garden" - is a public park that was first established in 1676 by the future Elector Johann Georg III as a hunting ground. It was located outside the walls of the city, just to the southwest of the city centre. It's centrepiece is a maison de plaisance simply known as the Palais im Großen Garten - or Palace in the Great Garden.

The palace is considered one of the first secular buildings built in Saxony after the Thirty Years' War and is thus an early example of Baroque architecture in what today is Germany. Its facade actually mixes French Baroque and the architecture of the late-Renaissance palaces of Genoa. It was Elector Johann Georg III who commissioned the palace in 1678, two years after establishing the Great Garden. The exterior of the summer palace was completed in 1683 after designs by Johann Georg Starcke, the interior was finished in 1690. At the same time, major changes were made to the Great Garden adding several cavalier houses. 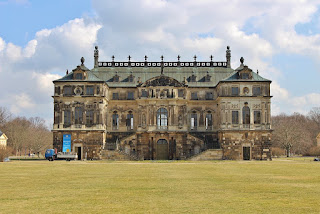 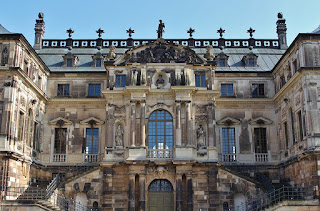 Elector Johann Georg III did not have a lot of time to enjoy his pleasure palace as he died a year after it was finished. His older son, Johann Georg IV, also only reigned for three years. The next Elector - Johann Georg III's second son - did go on to rule Saxony for many years though: Friedrich August I, better known as August the Strong who was not just the Saxon Elector but also King of Poland and Grand Duke of Lithuania as August II. For the first almost three decades of his reign, the Palais im Großen Garten became the the lavish backdrop for the many festivities organised by the absolutist monarch, among them parts of the celebrations of the wedding of his son Friedrich August and Archduchess Maria Josepha of Austria in 1719. 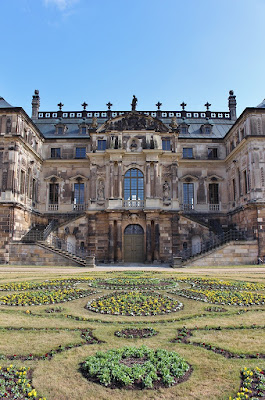 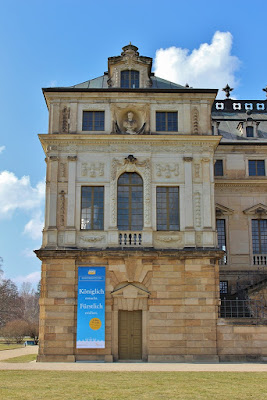 During the 1720's the Palais fell out of favour in favour of other Saxon palaces, such as the Zwinger. Planned renovation works were thus never carried out. In 1729, August the Strong moved his collection of antiques, he had purchased a year earlier in Rome, into the palace. The antiques remained in the palace for a good twenty years and still form an integral part of the sculpture collection of the Dresden State Art Collections.

After the antiques were moved out of the palace, it fell into further disrepair and was damaged during the Seven Years' War by Prussian troops after Saxony had sided with the Habsburgs. Julius Heinrich Schwarze was commissioned to rebuild the palace. Another war once again damaged the Palais: This time around it were Napoleon's troops who devastated the site during the Battle of Dresden in 1813. Even before the palace was rebuilt, Prince Nikolai Grigoryevich Repnin-Volkonsky, a general in the Imperial Russian Army and Governor-General (Viceroy) in Saxony, decided to open the Great Garden to the general public. 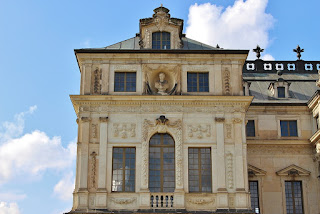 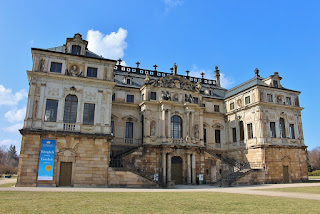 And it has been open ever since. In the following decades, the Palais was first used by a horticultural society who also organised exhibitions at the palace and later by the Royal Saxon Society of Antiquities showcasing religious art. For a time, there was also a permanent exhibition dedicated to the life and work of Ernst Friedrich August Rietschel, a German sculptor. During the late 19th and early 20th century, the Great Garden and the palace were the site of different horticultural shows. 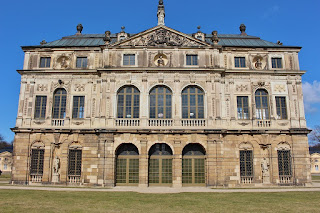 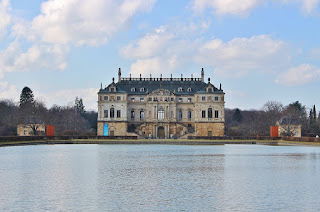 In 1945, the building burned out completely after it was hit during an aerial bombardment. Reconstructions started in the mid 1950's and by 1969 the palace's exterior was almost completely rebuilt though there was no usage for it during the following two decades. Another good twenty years passed before a partial reconstruction of the interior started in 1990 after German reunification. Efforts to further reconstruct the palace to its former glory are still being made. While I wasn't able to see it from the interior, the Great Garden is always worth a visit when visiting Dresden to wander around and relax.