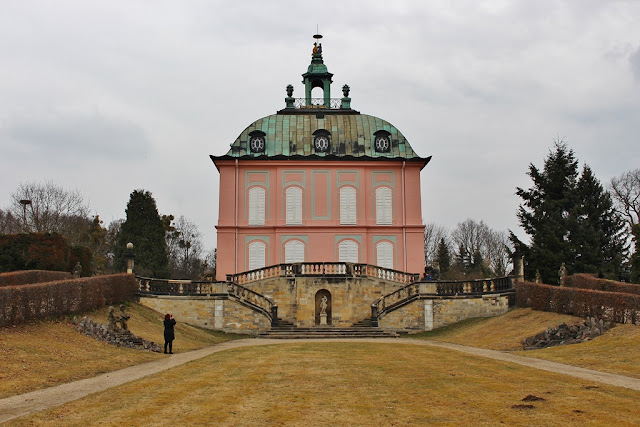 There is always the oldest, the newest, the largest and this one is the smallest royal castle, at least in Saxony: The Fasanenschlösschen, also known as Little Pheasant Castle. Measuring just 13.4 square metres on each floor, the little palace got it all: An antechamber, working cabinet, living room, bedroom, toilet room and hall on the ground floor as well as a dining room and an apartment upstairs. The servants rooms are located in the attic - though I was unfortunately unable to see any of it myself as the palace is closed during winter time. The small Fasanenschlösschen is located near to another more famous castle, Schloss Moritzburg, though. The two places are connected by a long vista and the Little Pheasant Castle even boasts its own miniature harbour and Saxony’s only lighthouse. 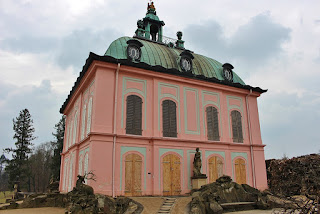 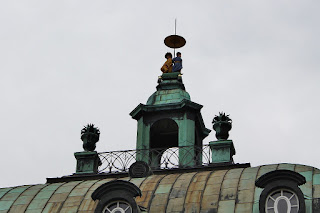 So who built this dollhouse of a castle? August the Strong, Elector of Saxony and King of Poland, laid its first foundations in 1728. At the time, it was used as a pheasantry. The pheasant-breeding place, however, was devastated during the Seven Years’ War. It was August's grandson Elector Friedrich August III (and future King Friedrich August I) who gave the palace its current appearance. In 1769, one year after he had ascended to the electoral throne, he started with the reconstruction. 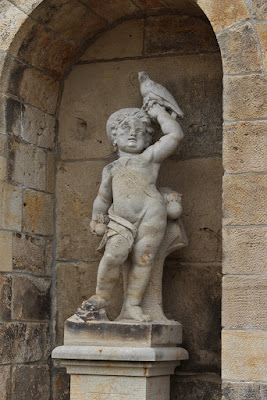 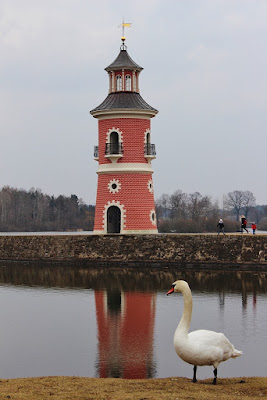 He commissioned court architects Johann Daniel Schade and Johann Gottlieb Hauptmann to draw up plans for the small Rococo-style palace. Construction took place between 1770 and 1776 adding a second storey and adopting chinoise forms. After it was finished, Friedrich August III used the Fasanenschlösschen as an occasional summer residence. The surroundings were eventually extended by the Yarn House, a well, the alphabet hedge, a small residential home for Count Camillo Marcolini, senior chamberlain and boyhood friend of the Elector, wheat barns as well as stables and sheds for coaches. A few years later, the pier with the lighthouse, and the port followed. 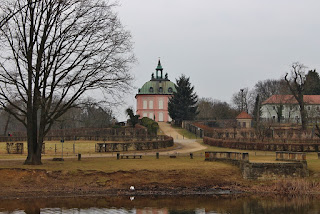 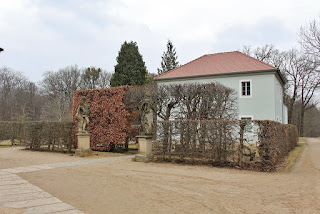 The Little Pheasant Castle remained in the hands of the Saxon royal family as late as until 1945, when they were dispossessed by the Soviets. To this day, the Fasanenschlösschen is regarded the last castle in Saxony preserved in the original style of the Dresden Rococo with extensive preservation works having taken place in the last few years.

Good to know:
The Fasanenschlösschen is open to visitors between May 1 to October 31. It can only be visited during a guided tour, which - and here's the catch - can only accomodate ten people due to the small size of the palace. There are guided tours every hour between 10am to 5pm from Mondays to Fridays and every half an hour between 10 and 6pm on Saturdays, Sundays and public holidays. Admission in  6,50 euros per adult. Reservations are recommended. For more information, have a look here.
2018 Germany Meißen Saxony Saxony (family) Wettin