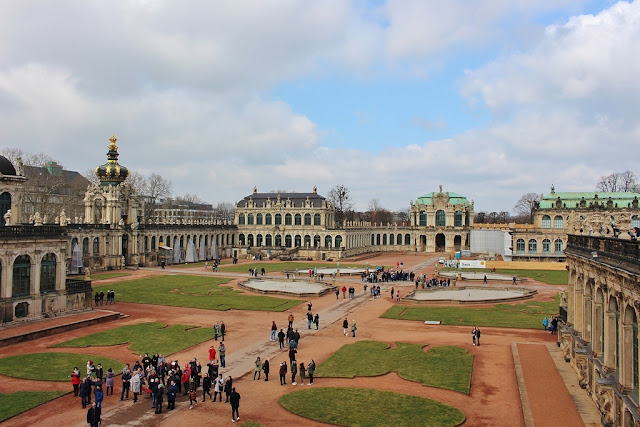 If you had to list Dresden's most famous sights, it would probably the Frauenkirche, the Semper Opera and, of course, the Zwinger, the Baroque masterpiece that owes is existence to Saxony's most famous ruler, August the Strong. It's name, though, is a bit of a curious case. Historically speaking, a Zwinger in German is an open area between two defensive walls that is used for defensive purposes. The name dates back to previous usages of the area. The current Zwinger, however, was never used for strategic reasons, but as a place for lavish gatherings and entertainment. 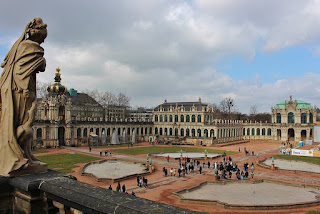 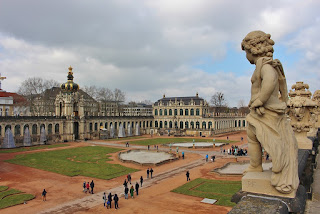 August the Strong, who wasn't only Elector of Saxony but also King of Poland and Grand Duke of Lithuania, was a lover of the fine arts that almost searches his equal in German history. He established Dresden as a major cultural centre, attracting artists from across Europe to his court. The Zwinger was just one of his many endeavors. But how did he come up with the idea? On his grand tour through France and Italy, the Saxon Elector saw King Louis XIV of France move his court to Versailles - and upon his return to Dresden, wished for something similarly spectacular. 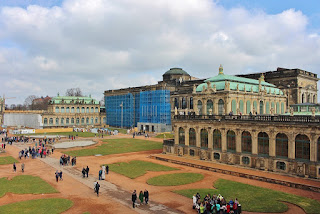 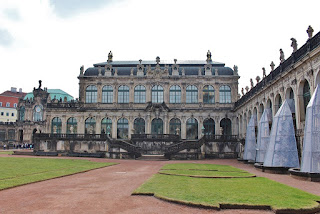 The first plans for the Zwinger were drawn up as early as 1701. A wooden construction of a similar kind was built in 1709 and stood until 1714 in an adjoining space. In 1709, Elector Friedrich August I, better known as August the Strong, instructed his court architect Matthäus Daniel Pöppelmann to build an Orangery as winter quarters for his extensive collection of exotic plants. Until 1728, the Zwinger grew ever larger into an exhibition gallery and a festival ground for the Saxon court. Throughout the construction period the Elector sent his architect all throughout Europe to study the best of the best architecture to bring it all together in Dresden. 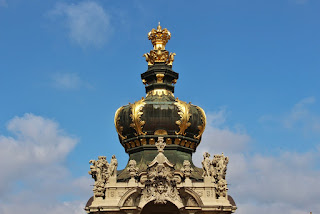 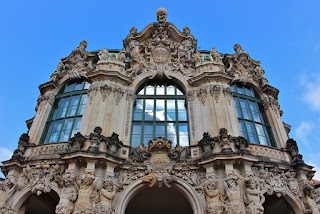 The Zwinger was formally inaugurated in 1719, on the occasion of marriage of August's son, the future Friedrich August II, and Archduchess Maria Josepha of Austria, daughter of the Holy Roman Emperor Joseph I. At the time, the outer shells of the buildings, including the famous Crown Gate, had already been finished and, with their pavilions and arcaded galleries, formed a striking backdrop to the event. The sculpting works had been carried out by Balthasar Permoser. However, only after the completion of the interiors in 1728, the palace could finally serve its intended functions as an exhibition gallery and library. 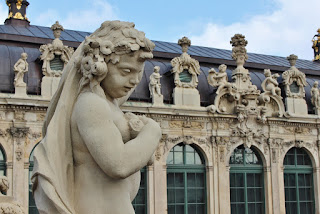 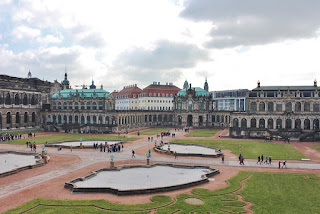 The inner court measuring 204 by 116 metres, was given the appearance of a Baroque garden with many exotic plants from abroad. The newly created court was closed only on three sides as August planned on an extension of the building towards the Elbe River where the Semperoper now stands. The Elector of Saxony, however, died in 1733 and the Zwinger slowly fell out of favour with his descendants. While his son at first still considered adding further buildings, it was soon realised that the funds were needed elsewhere. 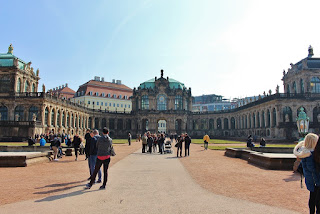 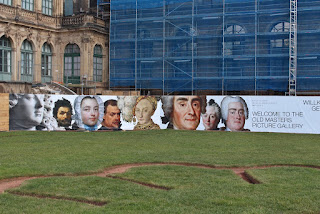 It wasn't until a good 100 years later, that the final piece in the puzzle of the Zwinger was added.  At the time, it was already decided that the Zwinger was to house the extensive art collection of the Kings of Saxony. For that reason some of the doors and windows in older parts of the palace were closed to create more space to hang paintings. King Friedrich August II (not to be confused with the previously mentioned Elector Friedrich August II, who was also King of Poland as August III) commissioned Gottfried Semper to build the gallery, later known as Semper Gallery, facing the Elbe and the Semper Opera. The building was constructed between 1847 and 1854 with Bernhard Krüger and Karl Moritz Haenel overseeing much of the actual construction work as Semper had to flee Dresden in 1849 following the May Uprising. 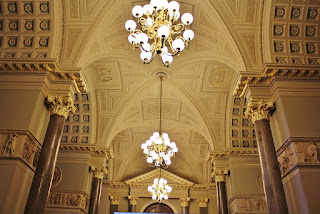 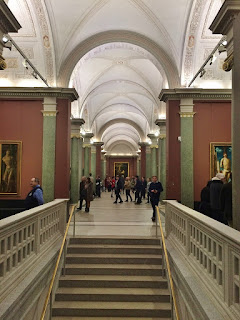 Architect Semper leaving Dresden wasn't the only impact the Uprisings had on the Zwinger though as parts of it were destroyed by fires lit by the insurgents. They were later rebuilt by Karl Moritz Haenel as well. The mixture of new and old buildings, however, showed a certain disharmony and so attempts were made to blend them together by changing the colour of the facades, for example, and  other early attempts at restoration work. Only in 1898, it was decided that further changes to the facade by painting it should not take place. Still the Zwinger fell into further disrepair until the early 1920's when a masons' guild for the Zwinger was established. 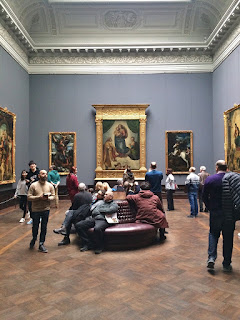 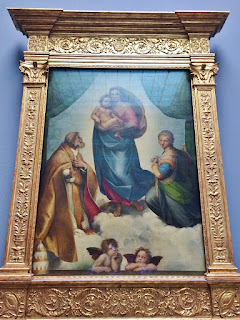 While many improvements were made during the 1920's and 1930's, it literally all came crashing down during the Second World War when bombing raids destroyed much of the Zwinger. Luckily, most of the art works had been evacuated from the city though some of them were later brought to the Soviet Union and remain in Russia to this day. Already in 1945, it was decided that reconstruction works would take place though it took a good two decades for all of them to be finished. 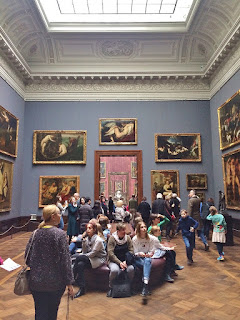 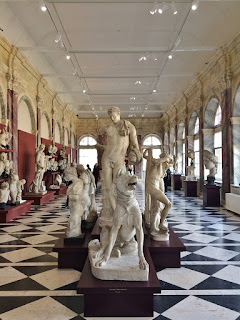 While the 2002 floods hit Dresden and the Zwinger hard with its courtyard flooded by the Elbe and Weißeritz rivers, all of the art works, including the most famous, Raphael's Sistine Madonna, could be saved. Apart from the the Gemäldegalerie Alte Meister (Old Masters Picture Gallery), the Zwinger is also home to the Dresden Porcelain Collection (Dresdener Porzellansammlung) and the Mathematisch-Physikalischer Salon (Royal Cabinet of Mathematical and Physical Instruments) - and while I have only been to the first one, I can tell you that it is a stunning place with just the right size. A visit to the Picture Gallery isn't overwhelming, instead it has a nice amount of paintings most of which you can at least superficially take in during one visit.

Good to know:
The Zwinger is open daily from April to October between 6am and 10pm and from November to March between 6am to 8pm. The museums are open from 10am to 6pm. Admission for all three museums together is 12 euros. For more information, have a look here and here.
2018 Dresden Germany Open Saxony Saxony (family) Wettin