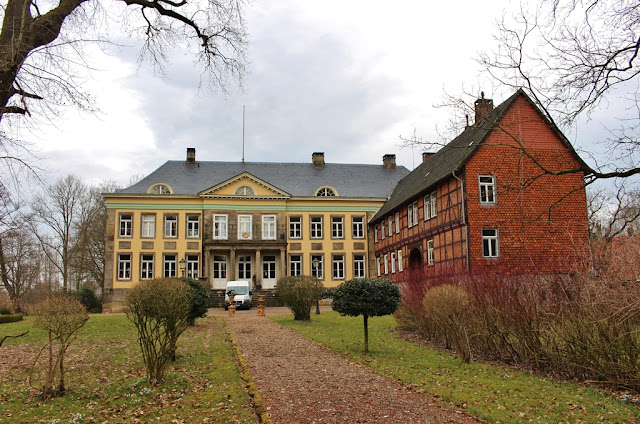 Want to know what I did the other weekend? I passed by Schloss Hagenburg on the way back from somewhere else we are going to talk about sometime later on. Schloss Hagenburg is a castle on the shores of Lake Steinhude in northern Germany and a former summer residence of the Schaumburg-Lippe family. I say former as it was sold 13 years ago and is now home to an auction house.

The first mention of a castle on the same site dates back to the year 1369. The castle was built by the Counts of Schaumburg in order to safeguard their estate. Gradually a settlement developed around the castle which became the village called Hagenburg. The castle and village passed through several hands as a fiefdom in the following decades and centuries, including the noble Klencke family, before the descendants of the Counts of Schaumburg took a major interest again. In 1686, Count Friedrich Christian of Schaumburg-Lippe added a second wing in typical local half-timbered style to the existing castle. 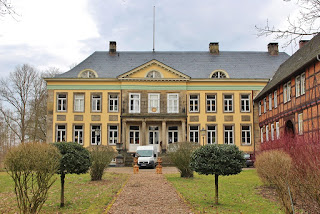 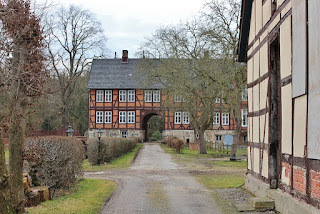 The larger wing was modernised by Countess Juliane of Schaumburg-Lippe around 1800 in Neo-Classical style. The first plans were drawn up about ten years earlier, but they weren't to the taste of the regent of the county who wished for a comfortable summer residence and pleasure palace - and so architect Clemens August von Vagedes had to go back to the drawing board. Construction works finally started in the spring of 1793 and carried on for seven years. Countess Juliane, however, never lived to see the finished palace as she died on November 9, 1799.

Later generations of the Schaumburg-Lippe made good use of Schloss Hagenburg though. At times used as a home for the second-born and at others as a summer residence, the castle was occupied well into the 20th century. After the turn of the century, the family made the decision to sell the Schloss. After all they got a few others, like this beauty, to take care of.

Good to know:
Schloss Hagenburg is not generally open to the public and getting there can be a bit of a muddy affair. It's possible to get a bit of a better look at the Schloss than I did on the four days of the year when there are previews for the auctions on, so try to check out their website in advance, maybe you'll get lucky.
2018 Closed Germany Klencke Lower Saxony Schaumburg Schaumburg-Lippe