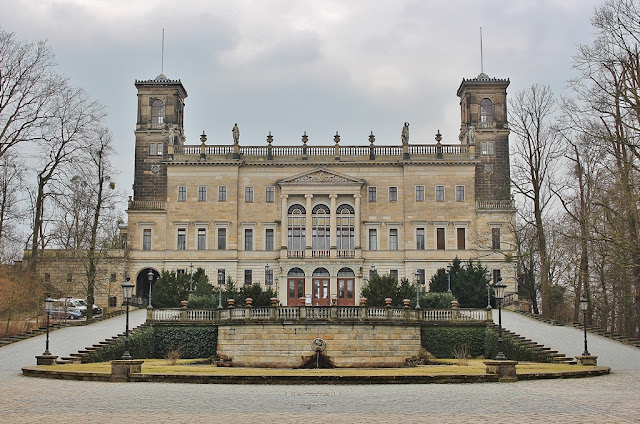 What does a Prussian prince do after he has just gotten divorced from a Dutch princess, contracted a morganatic marriage with the daughter of the minister of war and has to leave the Prussian court in disgrace? He goes to Dresden and builds not one but two castles! That pretty much is the story of Prince Albrecht of Prussia, youngest brother of both King Friedrich Wilhelm IV und the future Emperor Wilhelm I, in a nutshell.

Before that, his life pretty much went according to royal plan as he had married Princess Marianne of the Netherlands and the couple had five children. Their relationship went sour, however, when Albrecht started an affair with one of his wife's ladies-in-waiting. In difference to the conventions of the time, Marianne asked for a divorce and when neither the Prussian nor the Dutch courts would agree, she decided to go travelling and eventually started an affair of her own. Only when she became pregnant with an out-of-wedlock child, both royal houses agreed to a divorce to avoid further scandal. 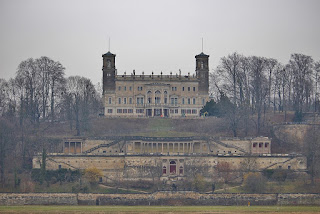 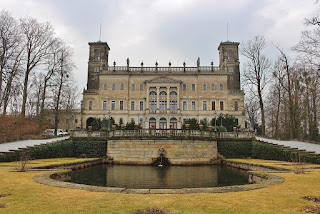 A few years after his divorce, Prince Albrecht married his first wife's former lady-in-waiting Rosalie von Rauch, who was made Countess of Hohenau by the Duke of Saxe-Meiningen, and decided to move to Dresden. It was the wife of his chamberlain, Baroness of Stockhausen, who he had tasked to find an appropriate home. She turned to the Saxon capital and acquired an area high above the Elbe Valley known as "Findlater's Vineyard", several vineyards previously owned by James Ogilvy, 7th Earl of Findlater, by order of the Prince for 16,000 Thalers. 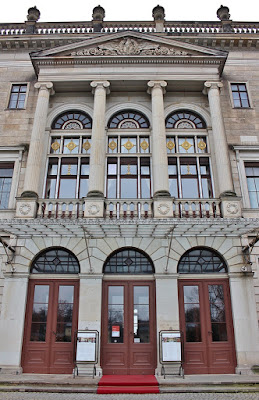 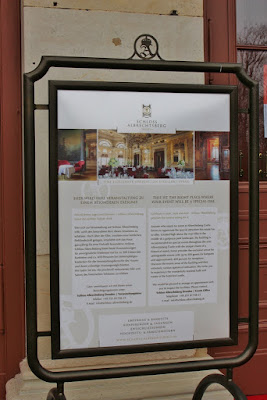 Prince Albrecht commissioned Adolf Lohse, a student of Karl Friedrich Schinkel, with the task of building a home befitting his status and construction started in 1854. The Neo-Classical style of the palace is quite a constrast to Dresden's usually Baroque splendour. For the gardens, Prince Albrecht engaged Prussian landscape architect Eduard Neide who created the plan, though it was actually court gardener Hermann Sigismund Neumann who carried them out. Prince Albrecht, his wife Countess Rosalie and their two sons lived in the palace for many years until they were able to return to Berlin in later years.

After the death of Prince Albrecht and Countess Rosalie, their younger son Count Friedrich of Hohenau and his wife lived at Schloss Albrechtsberg until his death in 1914. A good ten years later, his older brother Wilhelm had to sell the castle and the surrounding gardens to settle gambling debts. The new owner was the City of Dresden. After 1930, the gardens were opened for the public and redesigned as a recreational area for the citizens of the city. 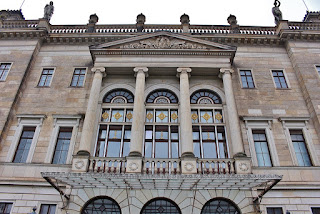 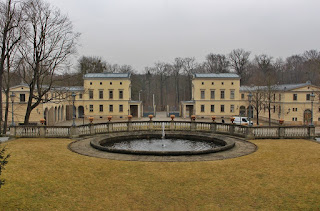 During the early years of World War II the premises were used by the SA and in the last two years of the War as a children's home. In difference to the city centre of Dresden, Schloss Albrechtsberg and the other two Elbschlösser right next to it (which we are going to talk about later on) were spared by the bombs. The palace was later occupied by the Red Army with depredations and damages as the consequences. In 1948, the city of Dresden sold Albrechtsberg to the Foreign Economic Trade Ministry of the Soviet Union who later opened a hotel in the palace for a few years. In 1951, the Free German Youth purchased the castle and it was used as a Pioneers Palace by the Ernst Thälmann Pioneer Organisation. Since 1952, the City of Dresden was once again the owner. 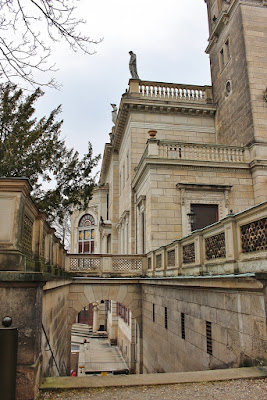 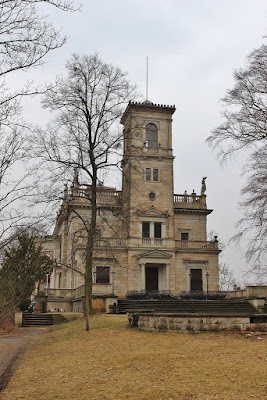 Declared a historic monument in 1977, the Schloss became home to a private hotel and catering school during the early 1990's and remained so until a few years ago. Already since the late 1970's, there have been effort to restore the palace in its original state as many changes were made to its interior appearance especially since the 1940's.

Good to know:
While not generally open to the public, Schloss Albrechtsberg is available to rent for private and business events. There are guided tours of the palace on selected Sundays (about once a month) during the winter time. Admission is six euros. For more information, have a look here.
2018 Dresden Germany Hohenzollern Ogilvy Prussia Saxony