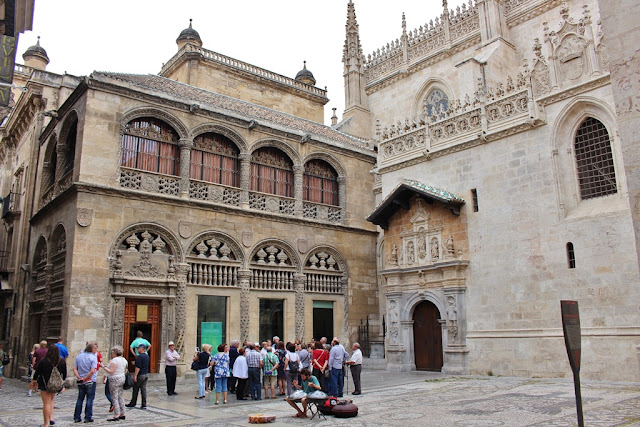 Two of the most famous rulers of Spain's history are the Catholic Monarchs: Queen Isabel I of Castile and King Fernando III of Aragon. Their union essentially created Spain in the first place by uniting the crowns of Castile and Aragon. The title of "Catholic King and Queen" was bestowed on them by Pope Alexander VI in 1494, in recognition of their defence of the Catholic faith within their realms. During their reign, the fall of the last Islamic state in Iberia, the Emirate of Granada, took place in 1492 thus ending the Reconquista.

The royal couple decided a few years later, in 1504 to be precise, that they wanted to be be buried in Granada after their deaths. They chose to be buried in Granada because they saw its conquest as the crowning achievement of their reign. For this reason, they built the Royal Chapel, which was constructed between 1505 and 1517. The Capilla Real of Granada adjoins the city's Cathedral of the Incarnation and was built in Isabelline Gothic-style with Enrique Egas, Juan Gil de Hontañón, Juan de Badajoz the Elder and Lorenzo Vázquez de Segovia involved in the construction of the building. 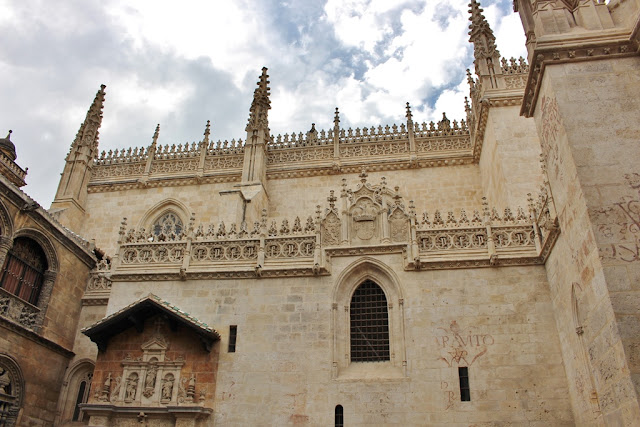 Dedicated to St. John the Baptist and St. John the Evangelist, the interior of the chapel follows the same model as the Monastery of San Juan de los Reyes in Toledo. It has four side chapels, creating the form of a Latin cross and a nave with a Gothic ribbed vault. The choir has a centered arch down to its base and a crypt. The crypt includes the remains of Queen Isabel I of Castile and King Fernando III of Aragon as well as their daughter Juana (Joana the Mad) and her husband Philip, the first member of the house of Habsburg to be King of Castile.

Both Isabel and Fernando died before the Capilla Real was actually finished and thus their remains were kept at the Alhambra for a few years, where a Franciscan monastery had been installed in the shell of the palace mosque. Queen Isabel wished for a humble mausoleum for her and all her descendants. However, as she died before it was finished, her final resting place actually turned out larger and more elaborate than she had intended, though you wouldn't necessarily called it a grand place either. I was frankly a bit disappointed with the place. Later rulers of Spain judged the place too modest and instead built the Royal Pantheon at the majestic Real Sitio de San Lorenzo de El Escorial outside of Madrid.
Andalucia Church Spain Trastámara