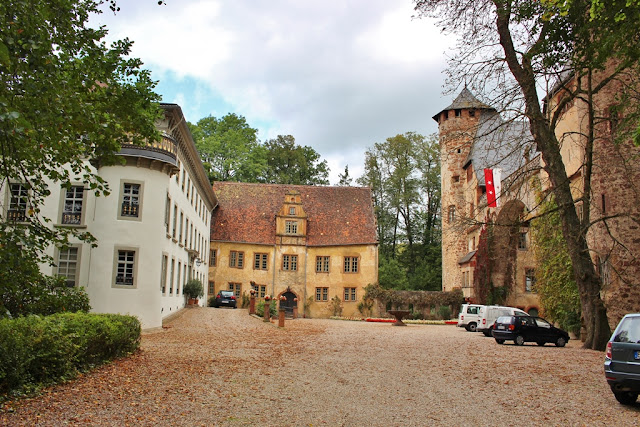 Only a stone's throw away from Schloss Erbach, formerly owned and still inhabited by the Erbach-Erbach family, lies the residence of another branch of the family, Schloss Fürstenau. The Counts of Erbach-Fürstenau are the most senior line of the three branches of the House - and their castle reflects that. The origins of the Schloss lie in the 14th century when it was built by the Electorate of Mainz for the protection of nearby Steinbach Abbey against the Electorate of the Palatinate. The castle was firstly mentioned in 1310, about seven years later Eberhard VI of Erbach is named as the vassal of the castle. Since the 15th century, the Erbachs are the actual owners of the castle. 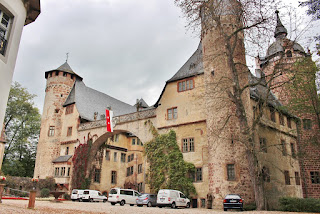 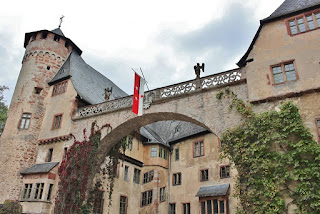 It was Count Georg III of Erbach (1548–1605) who transformed the stronghold into a Renaissance-style castle. During this time, the distinct decorative arch was added to the castle opening it up to today's courtyard. Large parts of the outer bailey, such as the home of the housekeeper in the north (around 1590), the Baroque reshaped comital stud (1591) and the castle mill (end of the 16th century) can be traced back to the bustling building activity of the Count. 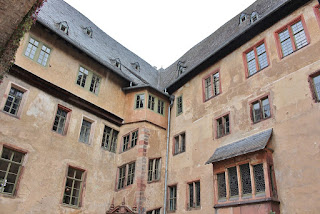 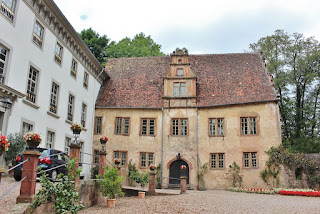 At the beginning of the 18th century, Schloss Fürstenau became the home of the family branch that takes its name from the castle. Subsequently, further works very carried out to reflect its new status as a residence. Between 1754 and 1756, the garden pavilion was built. It was later expanded a into the Court Theatre (1767). In the southern forecourt another building was added including the gate through which you enter the courtyard today. 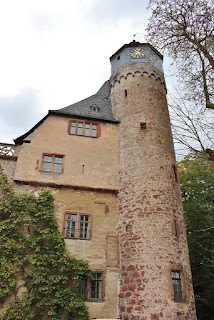 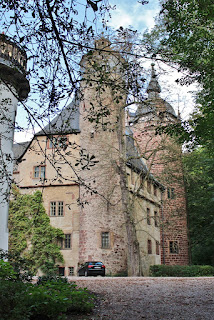 A chapel and the chancellery dating from the days of Georg III had to give way for a Neo-Classical "New Palace" built according to plans by Friedrich Gerhard Wahl, building director of the Duchy of Palatinate-Zweibrücken. The new Orangery in the Lustgarten is one of the last buildings added to the ensemble, which represents a great number of different epochs of architecture. When I visited in September of this year, the head of the family had just died so you can see mourning bands on the flags in the pictures.

Good to know:
Schloss Fürstenau is privately owned and not open to the public. Visitors are, however, allowed to enter the courtyard between 7am and 4pm each day to have a closer look at the castle's exterior.
Closed Erbach Germany Hesse (state) Odenwaldkreis