From Aldovia to Genovia: 5 Of The Most Ridiculous Fictional Royal Movies 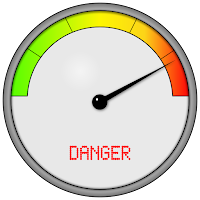 The other night, Netflix suggested me to watch a movie called "A Christmas Prince" and, well, I didn't have much to do, didn't care for anything mind-stimulating and thus did. What I thought of it? It was one of the most ridiculous storylines I have ever seen in a movie dealing with royalty! It, however, tempted me to come up with a list of fictional movies portraying royalty with the most ridiculous and cringe-worthy storylines. Mind you, I will not be including movies dealing with actual current and historical royalty even though those are occasionally pretty ridiculous too. I also asked around on Twitter and got some interesting suggestions, so check those out too. And yes, attention: spoilers ahead!

An American reporter goes undercover as a nanny to get the inside scoop on a playboy prince, who turns out to be not such a playboy after all but has an evil noble ex-girlfriend who sold stories about him to the papers yet he somehow keeps her around in his circle of friends so that she can scheme with his equally evil cousin against the reluctant king-to-be. (Because yes, in this European nation of  "Aldovia" there is a period when a crown prince (or king-in-waiting?) can decide whether he wants to succeed his father who already died before the first scene takes place.) So far, so stereotypical. Things go further south when it somehow turns out that the crown prince isn't actually of the king's blood but instead adopted. Will an obscure decree written up by the late king unknown to anyone hidden inside an acorn-shaped Christmas ornament save the prince's claim to the throne? Yes, it will. Plus, the reporter and the prince/king also get together, but that was kinda expected.

Truth be told, I actually thought that the first "The Prince and Me" from 2004 was kinda cute. What followed were "The Prince and Me 2: The Royal Wedding" (2006), "The Prince and Me 3: A Royal Honeymoon" (2008) and "The Prince and Me 4: The Elephant Adventure". (Frankly, I didn't even know the last one existed before today.) While the first movie is the typical storyline of "prince wants out of duties, goes undercover at a university abroad, falls in love with a girl, and then the paparazzis catch them so they break up because she is angry that he lied to her but eventually do end up together" (and allegedly based on the real life romance of Crown Prince Frederik and Crown Princess Mary of Denmark), the movies do get more ridiculous with every new edition to the tetralogy. Between reading the constitution in Danish in front of parliament to be crowned a princess because the king can only marry a princess due to an old law; an ex-boyfriend conspiring with an evil prime minister in the country of their honeymoon to bulldoze a forest and drill for oil; and a South-East Asian arranged royal wedding where the bride is secretly in love with a young elephant handler and can only be helped by the King and Queen of Denmark, one shudders what part five will be about if it ever comes to it.

"The Princess Diaries" and "The Princess Diaries 2: Royal Engagement" are probably the best known of all fictional royal movies. Apart from the major gap in the storyline of Queen Clarisse being a Queen consort yet somehow ruling the country after the deaths of her husband and her son, the first  movie is a fairly sweet story of an unsuspecting girl, illegitimate daughter of the heir to the throne of Genovia, becoming a princess. Things on the cringe-o-meter heat up in the sequel though when Princess Mia is forced to marry to take over the throne but having a change of heart at the last minute when walking down the aisle and a quick change of law by the attending members of parliament after an empowering speech. And oh yes, we do get a royal wedding at the end when Queen Clarisse marries her head of security and long-time lover - cause why waste all the perfectly fine flowers, food and what else was planned for the wedding celebrations?! At least the lucky people of Genovia will know that all the money wasn't thrown out the window.


A young executive assistant aspiring to become a PR executive gets an opportunity to develop her skills in small town in Idaho, where Prince Colin of Edgemere, who has a history of scandalous behaviour, is arrested for defacing a landmark while making a public appearance - cause that's what royals do. Things on the cringe-barometer get to breaking point when the prince's mother arrives in town, the PR assistant is put in the most 80's of dresses, the prince somehow decides that it is a good idea to wear a sash over his tux and the love-struck couple breaks up because the prince finds out that his spin doctor impersonated her boss who was out sick with chickenpox. Realising that the movie needs a happy ending, everyone who - just about three seconds ago - was super mad at the prince and the PR assistant for their shenanigans convinces them that it must be true love and so they make up and kiss. The end.

Not a movie, but "The Royals" may just take the crown of this bunch. The first episode starts out with the death - or not really, as it later turns out - of the beloved Crown Prince Richard. His family, however, is a much less noble crowd. His mother, the Queen, is a vicious, status-besotted Royal Housewife of London, his brother is bedding the daughter of the head of security and his sister is more interested in drugs and flashing the paparazzi while spending her nights without panties in nightclubs around the world. Throw in an evil and pervy uncle and two Anglotrash cousins and the King is ready to ask parliament to abolish the monarchy. Too bad he doesn't succeed - but is instead murdered - as it would have spared the world from three seasons of this royal soap opera which includes the throne going back and forth between various family members due to alleged illegitimacy et al. Surprising that if the King couldn't get rid of the monarchy, the people of Great Britain haven't even tried so.

What are your thoughts? Any additions to the list? Let me now below!