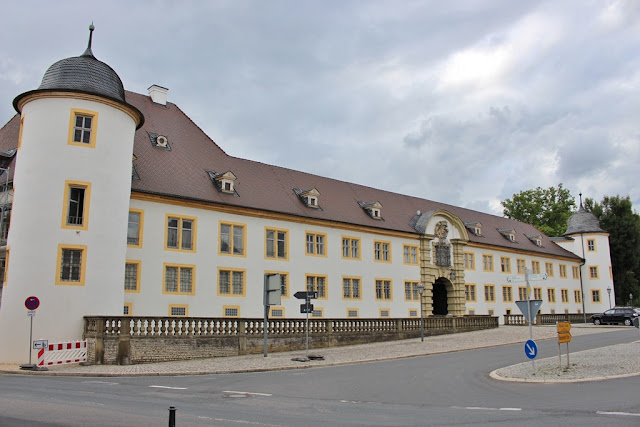 The Schönborns owning the stunningly gorgeous Schloss Weissenstein, one of the my all-time favourite castles that I will never stop drolling over, are actually the Schönborn-Wiesentheids, one of the three branches of the family. They take their name from the small village of Wiesentheid close to Schloss Castell and Schloss Rüdenhausen and, in not the most surprising news of the century, there's also a castle located in said village, Schloss Wiesentheid. And the Castells actually also play a role in the Schloss's history as during the late medieval age, the Castells owned a moated castle in Wiesentheid. However, they seemingly weren't as smart with the money as they are today and ran up debts. So much so that Count Konrad of Castell (1519-1577) decided to sell the castle to the Valentin Fuchs of Dornheim who took up residency in Wiesentheid. 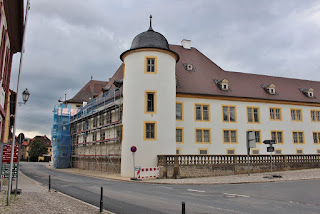 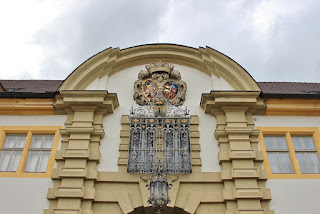 Hans Fuchs of Dornheim, Valentins successor, decided to build a new castle in 1576 located to the south-west of today's complex and still called "Fuchs-Bau" (Fuchs building) today. The Fuchs family lived at the Schloss until 1678 when the last male member of the family, Georg Adolf, died without male heirs. His widow née Anna Maria Voit von Rieneck remarried five years later and her new husband came into the possession of the castle. It was Johann Otto of Dernbach who awarded Wiesentheid with the right to hold markets. He and his wife, however, did not have any children and Johann Otto's two further marriages also did not produce surviving offspring and so Schloss Wiesentheid passed to his third wife when he died in 1697. 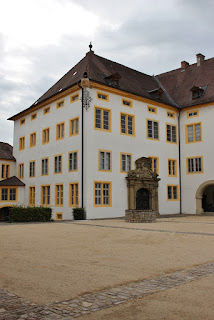 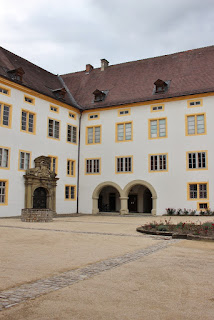 Maria Eleonore, née of Hatzfeldt, also became the ruler of the county, much to the dislike of Prince-Bishop Johann Gottfried of Guttenberg. He was not in favour of a female ruler so close to the Prince-Bishopric and occupied the county of Wiesentheid. Maria-Eleonore's relative Lothar Franz of Schönborn, Archbishop-Elector of Mainz and Prince-Bishop of Bamberg who you may recall as the mastermind behind Schloss Weissenstein, appealed to the Holy Roman Emperor on her behalf but the problem was only solved in 1701 after Guttenberg's death. That same year, Maria Eleonore married Count Rudolf Franz Erwein of Schönborn eventually ceading her powers to him. 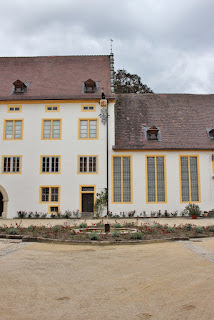 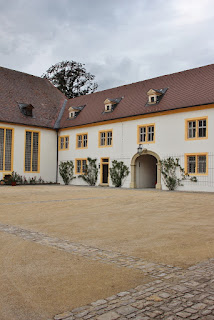 It was Rudolf Franz Erwein who built today's Schloss in its current form. Between 1711 and 1720, a new Baroque castle was erected according to the plans of architect Nikolaus Loyson. The artists commissioned included Johann Jakob Vogel, Caspar Vogel and Blasius Straub. A Baroque garden was also laid out, but later remodelled into an English landscape park. When the county of Wiesentheid was dissolved in 1806, it became a part of the Kingdom of Bavaria while the Schloss remained in the hands of the Counts of Schönborn-Wiesentheid. To this day, it its their main residence.


Good to know:
Schloss Wiesentheid is not open to the general public and can only viewed from the outside.
Bavaria Castell Closed Dernbach Fuchs Germany Kitzingen Schönborn