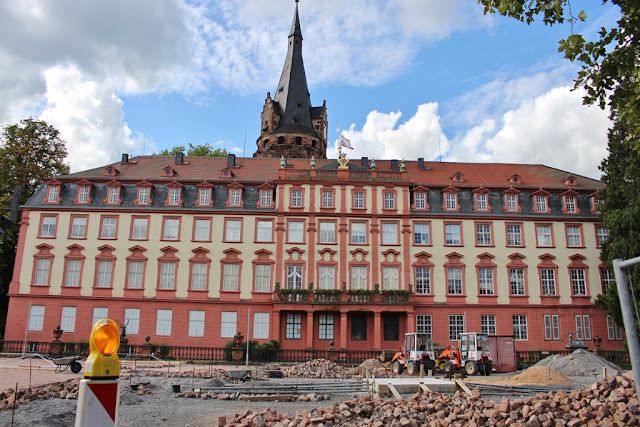 Deep in Germany's Odenwald mountain range lies a curious palace, Schloss Erbach. For one it is not only home to hunting curiosities but also the world's only ivory museum, an impressive antique collection you wouldn't necessarily expect in these lines of latitude as well as one of the most beautiful Gothic wooden altars there is. Plus, it got a bit of a curious recent history as only twelve years ago, the palace was purchased by the German state of Hesse from the Counts of Erbach-Erbach in quite a controversial and much discussed move. Unfortunately, it wasn't the most photographic palace when I visited thanks to roadworks going on as well as people putting up stands for a market the next day. 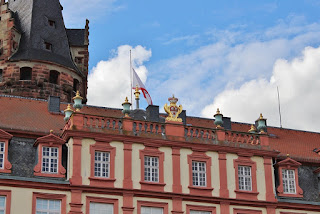 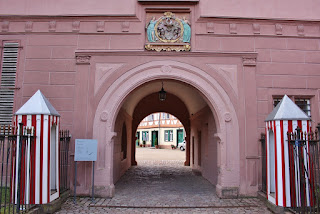 But anyway, let's still have a closer look: The history of the Erbach family goes back all the way to at least the year 1148, when they were firstly mentioned. First records of a castles owned by them in the small German town of the same name date to the year 1303. The Bergfried tower of the moated castle probably built during the 12th century still stands today in forms the stairway of today's palace. The medieval moated castle was damaged during the Thirty Years' War and later turned into a Renaissance-style castle. 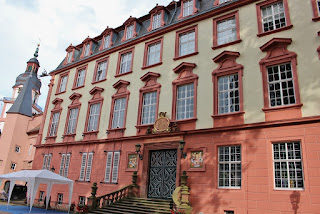 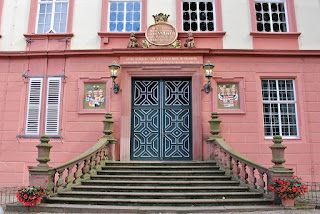 Schloss Erbach got its current shape during the first half of the 18th century. In 1736, Count Georg Wilhelm of Erbach-Erbach commissioned a new Baroque palace consisting of only one - yet pretty big - wing. He thus abandoned previous plans by Friedrich Joachim Stengel to erect a three-winged palace taking inspirations from Schloss Saarbrücken due to his financial situation. The new palace was an enhancement of the former Renaissance-style building, whose shape is still partly visible when visiting the palace. The outer appearance of today's Schloss comes courtesy of renovation works taking place from 1900 to 1902. Neo-baroque window decorations were added to imitate earlier facade painting and an ionic colossal arrangement, both of zinc-clad wood, were added to the facade to make them look more impressive. 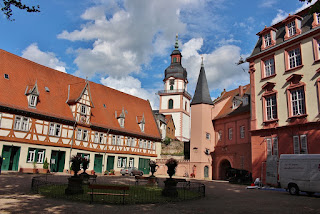 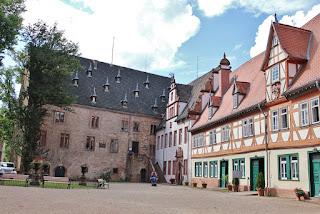 One of the Erbach family's most influential members, however, lived inbetween these two points in time. Count Franz I of Erbach-Erbach (1754-1823) was an avid collector of antiques and other valuables still forming today's Gräfliche Sammlungen exhibited at the palace. The Count extensively travelled throughout Europe in his younger years starting his collections being influenced by the great antiquarian and art historians Ennio Quirino Visconti and Johann Friedrich Reiffenstein. To display his collections, he added Greek and Roman rooms to the palace and built a medieval-inspired Great Hall to display weapons and armaments. In addition, he also collected colossal and abnormal antlers from all over Europe to be found all throughout the Schloss. He also built a chapel dedicated to St. Hubertus, the patron saint of hunters, displaying the Schöllenbacher Altar, the famous Gothic wooden altar from a village of the same name there. He also brought the art of ivory carving to Erbach. 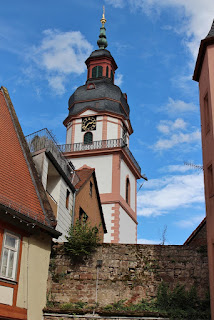 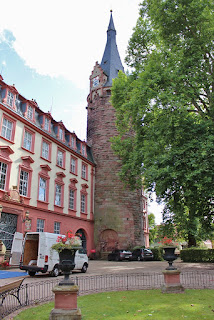 Count Franz I's collections still form an integral part of any tour of Schloss Erbach. However, keeping up a castle is an expensive business. The County of Erbach may have once upon a time have been an independent state but it was never a big and wealthy one to begin with. Running a business out of forestry and owning old buildings will never bring a lot of money. By the beginning of the 21st century, the Counts of Erbach-Erbach basically saw two different ways to keep up their castle: Either sell the art collections, pay for renovations but then have an empty Schloss or sell the palace and keep the collections as a whole. 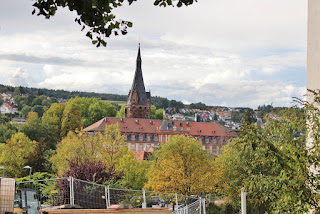 In a very controversial move at the time, the government of the German state of Hesse decided to pitch in an do the latter. The state bought the Schloss and the collections for 13.3 million euros. The Counts of Erbach-Erbach kept the second floor for private use and the right to use other parts of the palace as well as the courtyard for private functions up to six times a year.


Good to know:
Schloss Erbach is open to the public. Guided tours take place from March to October from Monday to Friday starting at 11am, 2pm and 4pm. There is an additional tour at 3pm on the weekends. Tours during the winter half year are more limited. Admission for the palace alone in 6 euros. For more information, have a look here.
Erbach Germany Hesse (state) Odenwaldkreis Open