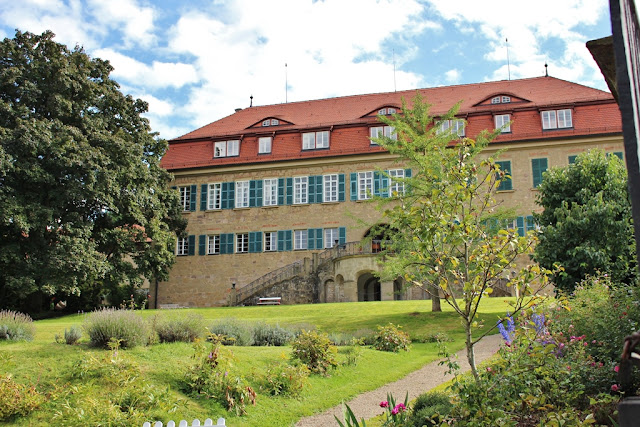 Maybe not a stone's throw but about three kilometres and thus a Sunday afternoon walk away from Schloss Rüdenhausen, we can find the home of the other main branch of the Castell family, Schloss Castell. In 1803, the Counts of Castell split into two lines, the (Neu-)Castell-Rüdenhausens and Castell-Castells, which both exist to this day and jointly run the oldest Bavarian bank, the Fürstlich Castell'sche Bank. The senior branch, the Castell-Rüdenhausens, obviously took up residency in Rüdenhausen and the Castell-Castells in Castell. (Yup, that's a lot of Castell, but we are not done yet.)

Above the village of Castell also lie the ruins of the ancestral home of the Castells. In addition, they have owned a second castle in the village since medieval times. However, this second castle was lost to the Burgraviate of Nuremberg, a state of the Holy Roman Empire, in 1328. The original castle was destroyed during a peasant revolt in 1525 and came back into the hands of the Remlingen branch of the Castell family, from which both surviving branches descend, in 1684 thanks to Count Wolfgang Dietrich of Castell-Remlingen. 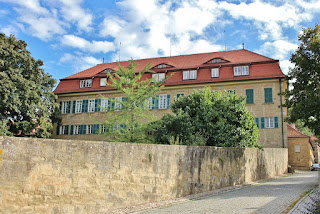 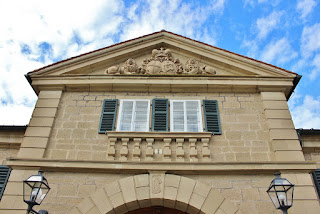 To mark their ancestral home coming back into family hands, Count Wolfgang Dietrich decided to erect a new castle, as any good nobleman would have done. He, however, abandoned previous castles grounds in favour of a spot a little further west in the village to find the necessary requirements for his dreams of a Baroque residence. Works commenced in 1687 under the guidance of master builders Johann Peter Sommer and Hans Weireitter. The new castle was finished already four years later in 1691. The three-winged early-Baroque residence was the first one of its kind in Franconia.

Around 1820, the formal Baroque garden was turned into an English landscape garden. Between 1863 and 1869 Count Friedrich Ludwig had the Torbau, the eastern wing and the corner pavilions rebuilt and expanded in Baroque revival style. The archway into the courtyard shows an allegiance coat-of-arms of the Castells with the Hohenlohe-Langenburgs. New stables were also added around that time. Around 1870, the park was expanded based on plans by Carl von Effner. Otherwise hardly any changes were made to Schloss Castell, which remains the residence of the Castell branch of the House of Castell to this day.


Good to know:
Schloss Castell is not open to the public. You can, however, visit the lower part of the castle's park. Also located in the village are the burial grounds of the Castell-Castells.
Bavaria Castell Closed Germany Kitzingen