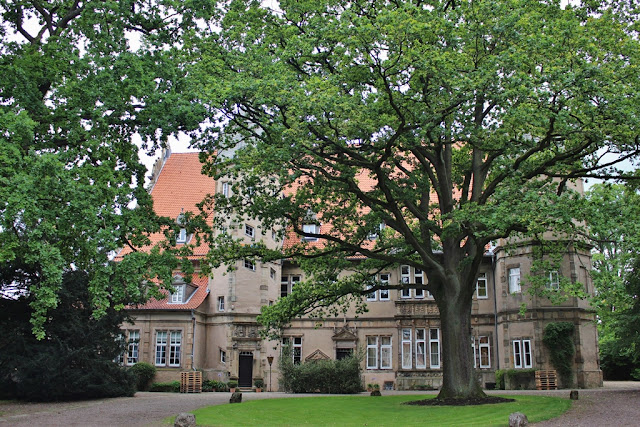 Behind small alleyways and big walls, almost hidden from the world in the village of Barntrup near Detmold lies a castle by the same name: Schloss Barntrup. Also sometimes called Kerssenbrocksches Schloss for its original and long-time owners, the origins of the castle date back to the 16th century. Interestingly and quite unusually, it's history seems to start with woman, Anna von Canstein. In 1567, she married a man by the name of Franz von Kerssenbrock, who owned several small estates including Barntrup. 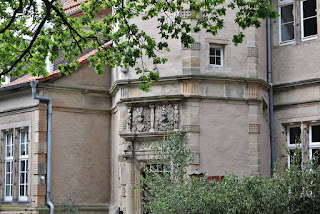 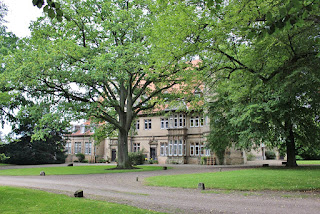 Franz and Anna von Kerssenbrock had two children before Franz died in 1576. It is likely that he was already involved in the planning for a new home for the family near an already existing farmyard, as works started only a year after his death in 1577 under the direction of his wife Anna. The archway into the castle's court was finished that same year. In 1580, a building on the west side of the courtyard was finished. The actual Schloss, though it wasn't yet known as one, was completed between 1584 and 1588 according to plans by Eberhard Wilkening. A few years later, he would also be responsible for the erection of Schloss Hämelschenburg. 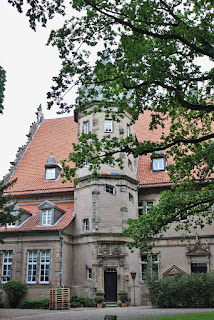 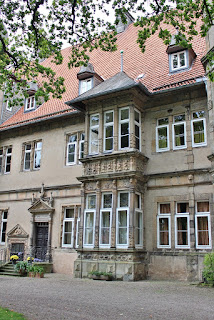 Built according to the ideas of the Weser Renaissance, the local form of Renaissance architectural style, Schloss Barntrup consists of two main floors and three corner towers. Since the late 18th century, the manor house was started to be referred to as a Schloss. Its interior was severely altered during renovation works during the 19th century. It was owned by the noble Kerssenbrock family. When Lucie von Kerssenbrock died childless, she left the castle to her nephew Dedo von Krosigk. He took the name von Kerssenbrock von Krosigk and his been the owner ever since.

Good to know:
Schloss Barntrup is privately owned and not open to the public. However, you are allowed to enter the courtyard and have a look at the main and eastern facades of the castle.
Closed Germany Kerssenbrock Krosigk Lippe (county) North Rhine-Westphalia