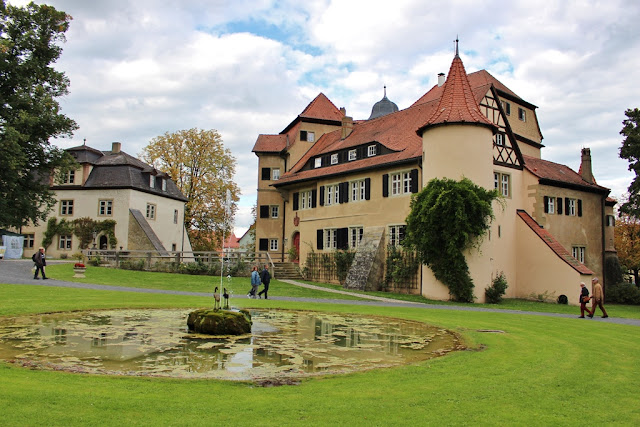 Sometimes you have to get lucky in life - and I definitely had that extra bit of luck when I stopped by at Schloss Rüdenhausen on the way back from Schloss Weissenstein. Usually you can only catch a glimpse of the home of the Fürst of Castell-Rüdenhausen from the street. However, the day I went there, there was an autumn market with local produce happening in the park and so I got a bit closer than usual as it was open to the public that day. 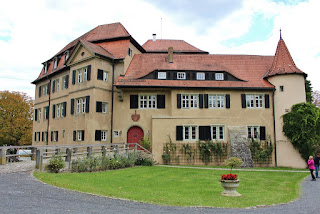 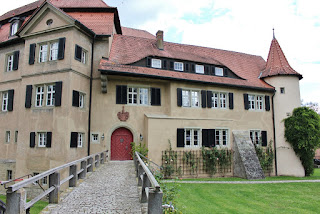 Schloss Rüdenhausen is located in a small village of the same name near Würzburg in Bavaria. Its castle was firstly mentioned in 1258 as a property of the Castell family. The original moated castle was likely erected during the 11th century. Following the division of family assets between different branches towards the end of the 13th century, Rüdenhausen was given as a fiefdom to different noble families including the Seckendorff zu Rödelsee, Fuchs von Dornheim and Gnottstadt families. 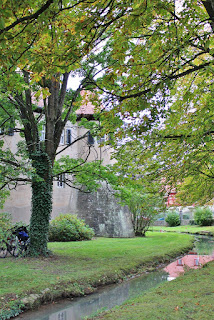 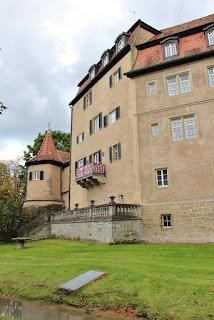 In 1533, the castle again came into the hands of the Counts of Castell, who expanded the estate during the 1570's. At the end of the 16th century, the family was again split into different lines: The Castell-Remlingens and the (Alt-)Castell-Rüdenhausens with the latter ones obviously taking their name from the Schloss in Rüdenhausen and taking up residence there. After the latter line eventually died out, there was a new division into family branches in the Castell-Remlingens splitting up into the lines of (Neu-)Castell-Rüdenhausen and Castell-Castell, which both exist to this days and jointly run the oldest Bavarian bank, the Fürstlich Castell'sche Bank. From the Castell-Rüdenhausens also descent in male line the properly internationally most famous Castells: The Faber-Castells, you know the ones from the pencils. 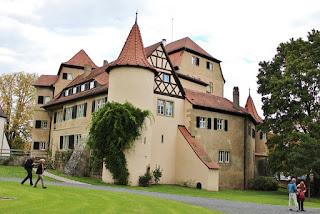 Becoming the residence of one branch of the Castell family also resulted in further renovations and additions to the castle, for example in 1613. During the Thirty Years' war between 1618 and 1648, the castle was damaged on various occasions but never fully destroyed. It was Count Johann of Castell-Rüdenhausen (1675-1749) who fully restored the Schloss. Its oldest part still in existence are the fundaments and two towers. The last additions to the castle were made in 1905 and the last full renovations took place just a few years ago in 2012. At the beginning of the 19th century, a smaller castle was also erected in the park opposite today's castle but demolished in 1973 due the the expensive upkeep.

Good to know:
Schloss Rüdenhausen is not open to the public and its park only on selected days. The family cemetery is located on the opposite side of the street and is open to the public every day.
Bavaria Castell Closed Fuchs Germany Gnottstadt Kitzingen Seckendorff