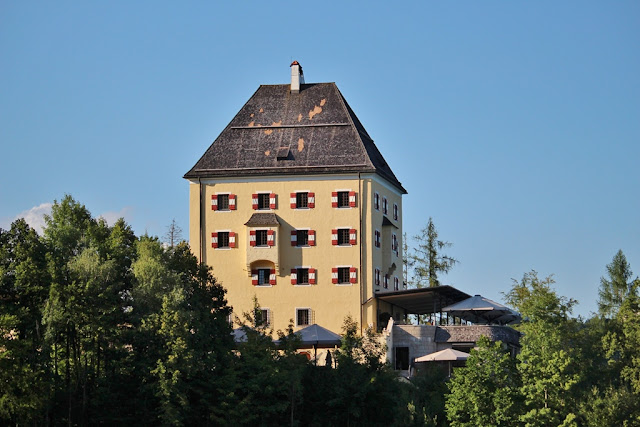 Today I am going to tell you a story. The story of an eleven-year-old girl who went to Schloss Possenhofen in Bavaria with her parents and was utterly disappointed. Why? Because it looked nothing like she had imagined. The young girl grew up religiously watching the "Sissi" movies for every Christmas since she can remember. However, the real life Possenhofen looked nothing like the movie version. That was, of course, because the movies weren't filmed at the actual childhood home of Empress Elisabeth of Austria. Instead, a certain Schloss Fuschl was chosen as the director thought it looked much more romantic and fairytale-like.

Probably not very surprisingly, the girl in this story is actually me - and more than 15 years on I actually managed to see my real Possenhofen better known as Schloss Fuschl in Austria's Salzkammergut region. It was on the way back from the Kaiservilla in Bad Ischl to Bavaria that we made a quick stop nearby to catch a glimpse of the castle. Unfortunately, I only learned later that there is actually a "Sissi Museum" at the Schloss, that is otherwise a five-star-hotel now, with props from the movies. Still, let us have a closer look at the history of Schloss Fuschl. 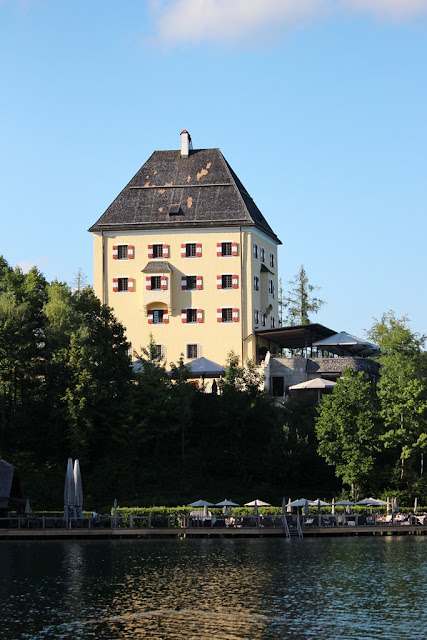 Despite standing in as a royal residence in the famous Sissi trilogy, the origins of the castle located at the western end of the Fuschlsee near Salzburg aren't actually royal. Schloss Fuschl was likely built in the middle of the 15th century by the Prince-Archbishops of Salzburg, who used it as a hunting lodge though it was only firstly mentioned in 1545. Under Prince-Bishop Wolf Dietrich von Raitenau the castle got a major makeover adding water pipelines and to suit the tastes of the time. After the Prince-Bishopric of Salzburg was dissolved in 1803, Salzburg came into the possession of different rulers over the span of the next decade. In 1816, it finally became part of the Austrian empire and Schloss Fuschl in the hands of the Austrian state.

In the following years, it was used as the home for the local forest official and started to fall into ruins as nobody cared for its upkeep. The state tried to auction the castle off in 1833 but found no buyer. Instead it was leased in 1855 to a boatman from Linz, Michael Fink. His daughter and her husband, a Bavarian military prosecutor, later inherited the Schloss. Their descendants sold it and the castle changed hands a number of times over the following years until it was bought by Gustav Edler of Remiz (Edler being the lowest rank of the titled nobility in Austria and Germany) and his wife Hedwig, a descendant of German industrialist August Thyssen. 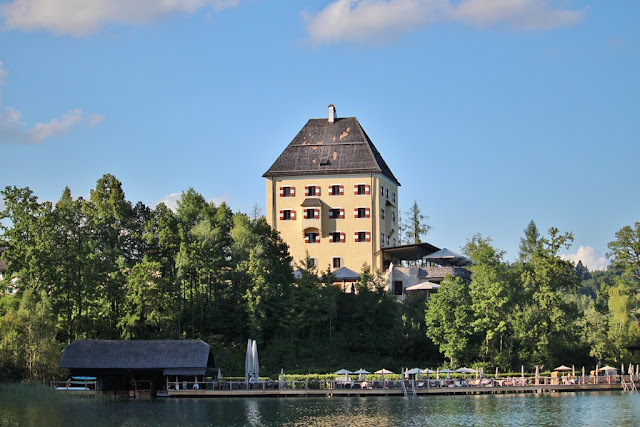 Remiz was a supporter of the Fatherland Front, an Austrofascist group which advocated Austrian nationalism and independence from Germany on the basis of protecting Austria's Catholic religious identity from what they considered a Protestant-dominated German state. After the Anschluss of Austria into Germany, Remiz was arrested and imprisoned by the Nazis in Dachau, where he died. In 1939 Schloss Fuschl was unlawfully put into a foundation and leased to Joachim von Ribbentrop, the Foreign Minister of Nazi Germany, who used it as his summer residence.

In 1945, the Schloss and surrounding area were liberated by US-American troops and the castle became a holiday home for US soldiers. Only in 1953 the property was restored to the Remiz family. By that point in time, it was already used as a hotel. Also during the 1950's, Schloss Fuschl stood in as Schloss Possenhofen for the Sissi trilogy and even though its owner changed numerous times since those days, it is still used as a hotel to this day.


Good to know:
Schloss Fuschl is a five-star-hotel which includes a small museum with props of the filming of the romaticised version of the story of Empress Elisabeth of Austria. The museum is open from Wednesday to Sunday between 11am and 4pm. For more information, have a look here.
Archbishops of Salzburg Austria Raitenau Remiz Ribbentrop Salzburg (land)