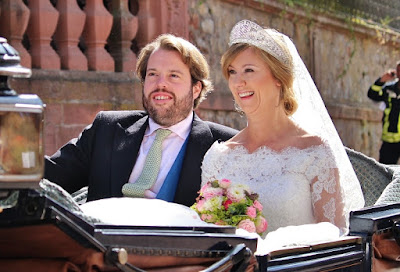 Another day, another post on the wedding of Hereditary Prince Ferdinand of Leiningen and Princess Viktoria Luise of Prussia. The couple got married in Amorbach on Saturday and yours truly was there to witness the occasion. Here are a few more guests - once again, a big thank you to everyone who helped along the way! 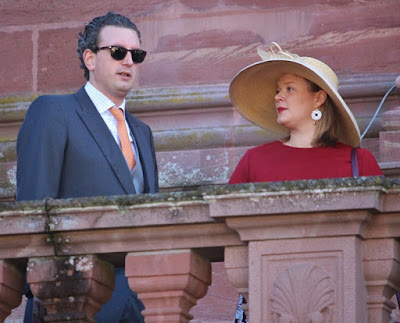 Count Constantin Fugger of Babenhausen and Princess Sophie of Löwenstein-Wertheim-Freudenberg, who got married just a few weeks ago.

Another shot of Princess Sophie of Löwenstein-Wertheim-Freudenberg 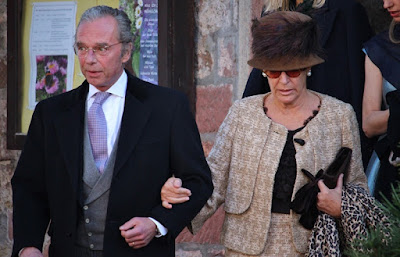 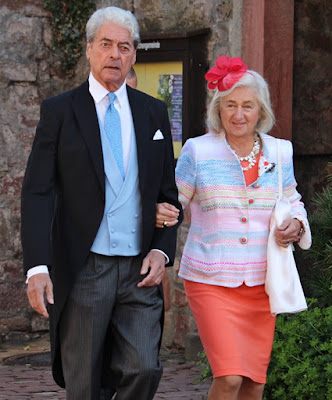 Count Anton of Castell-Rüdenhausen with his mother, the Dowager Princess. 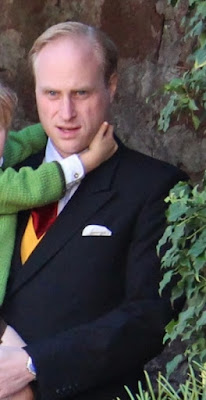 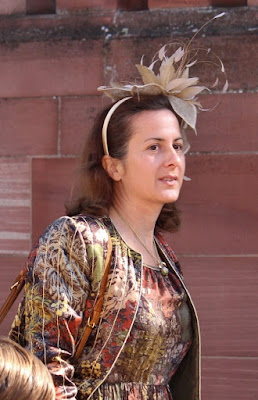 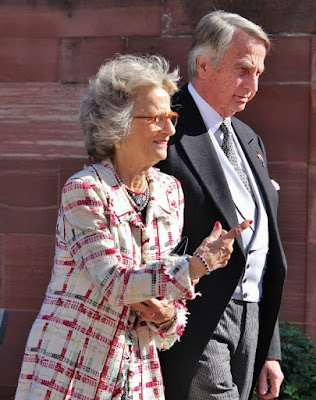 Prince Kraft of Hohenlohe-Oehringen and his wife Princess Katharina. 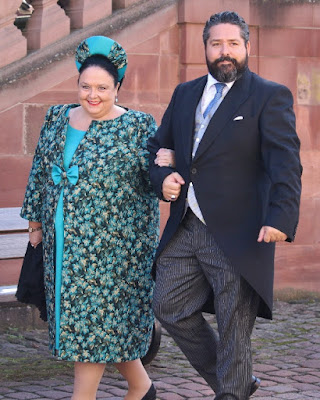 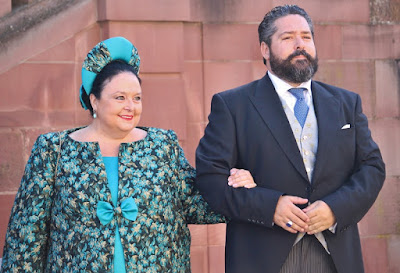 Another shot of Grand Duchess Maria Vladimirovna and son Grand Duke Georgi Mikhailovich of Russia, who is actually also a Prince of Prussia. 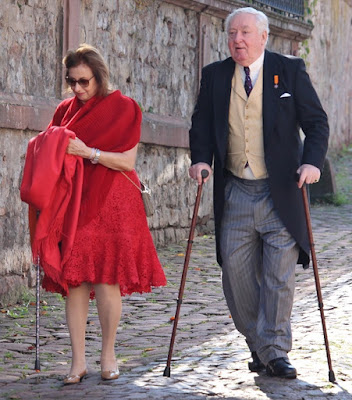 Prince Franz Wilhelm of Prussia and his partner. He is the former husband of Grand Duchess Maria and father of Grand Duke Georgi. 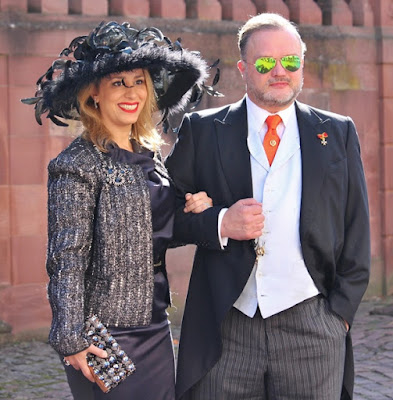 Prince Alexander of Schaumburg-Lippe and his partner Mahkameh Navabi. 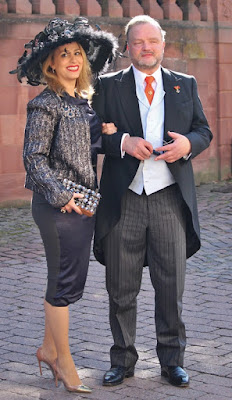 Prince Alexander of Schaumburg-Lippe and his partner Mahkameh Navabi again. 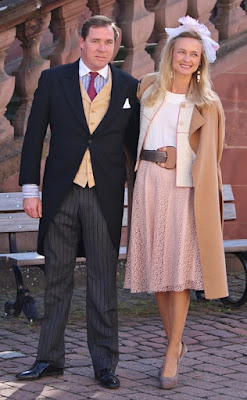 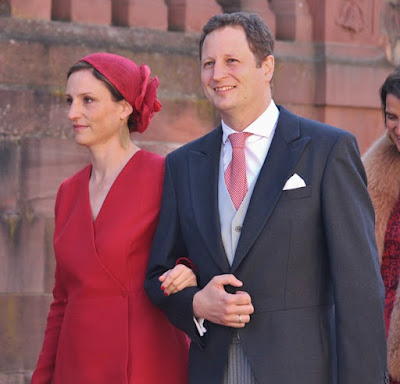 Prince Georg Friedrich of Prussia, head of the house and cousin of the bride, and Princess Sophie. 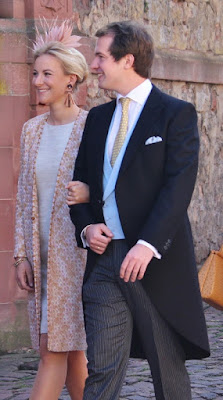 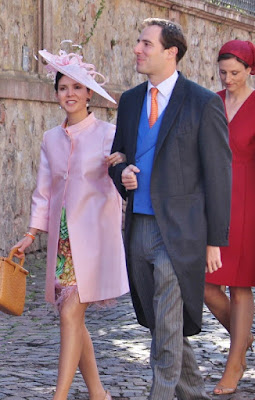 Princess Anna Catharina of Prussia, sister-in-law of the bride, and Prince Otto of Castell-Rüdenhausen. 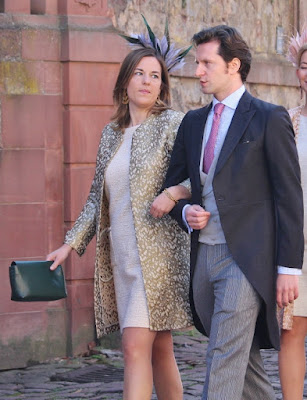 Princess Olga of Leiningen and Prince Joachim of Prussia. 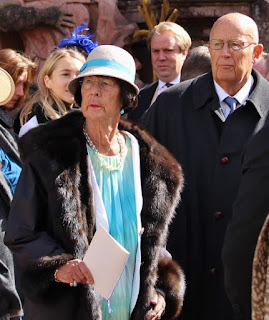 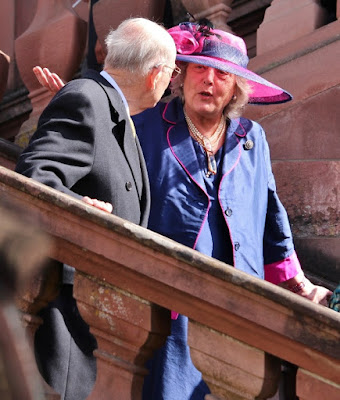 Princess Maria of Castell-Rüdenhausen talking to Margrave Max of Baden. 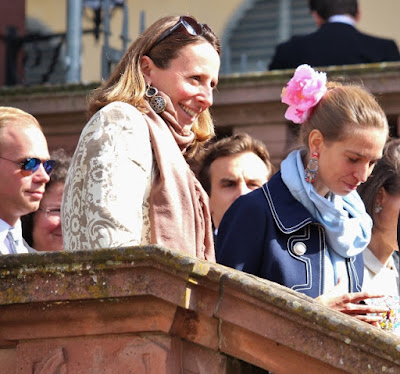 Princess Saskia of Hohenlohe-Langenburg and Princess Aglae of Baden. 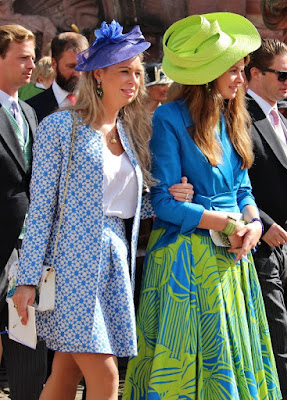