July 12, 2017
Wednesday night is a night as good as any for the my third post about the guests of last weekend's royal wedding of Ernst-August and Ekaterina of Hanover, so without further ado, let's go...

Princess Olga of Hanover, aunt of the groom, in the middle together with her brother Prince Heinrich and his son Prince Albert. 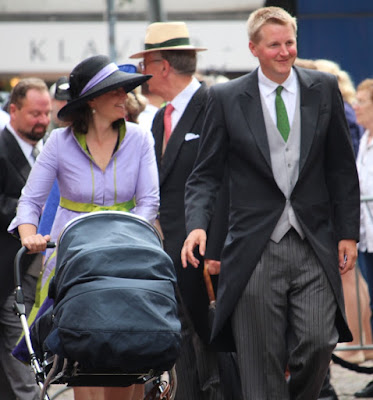 Prince Constantin of Salm-Salm and his wife Princess Friederike, née Gumberz von Rhonthal, who apparently had their fifth child recently. 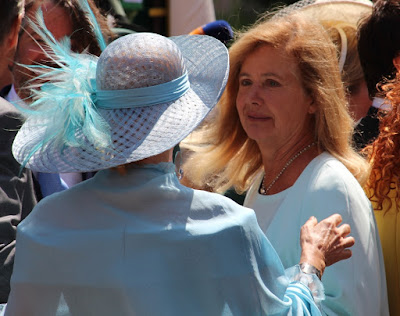 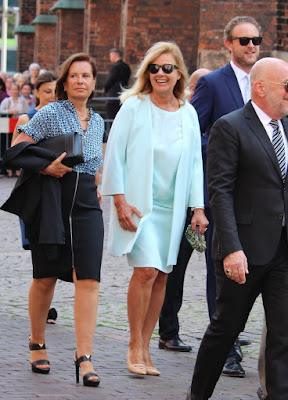 Another picture of Princess Milana of Fürstenberg (middle) and on her right Lord Edward Spencer-Churchill. 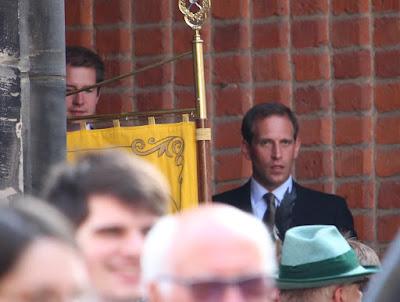 Two of the ushers: Princess Hermann of Leinigen on the left and Prince Berthold of Baden on the right. 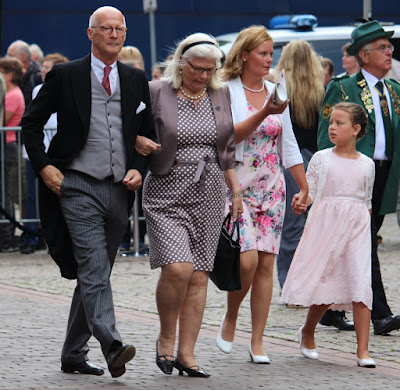 Prince Georg and Princess Victoria of Hanover, possibly with their daughter Princess Nora of Hanover and a granddaughter. 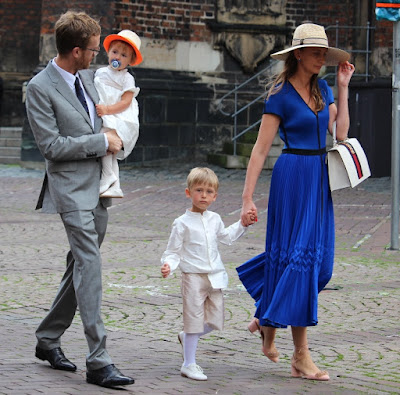 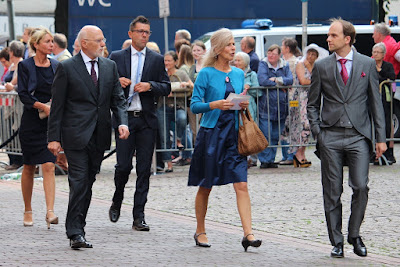 Dirk Rossmann, owner of Europe's second largest drugstore chain, on the left, his wife Alice and their son Raoul on the right. 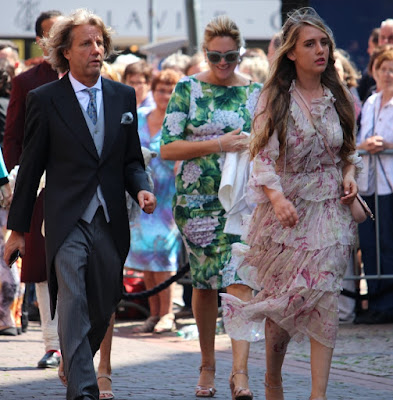 Frank Hochuli, maternal uncle of the groom, and his daughter Alessandra. 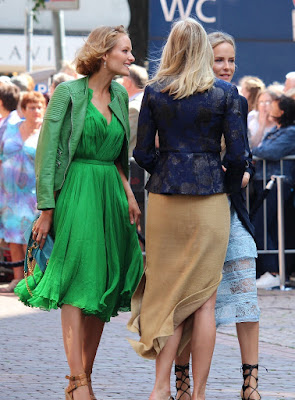 On the right: Tatjana von Maffei. 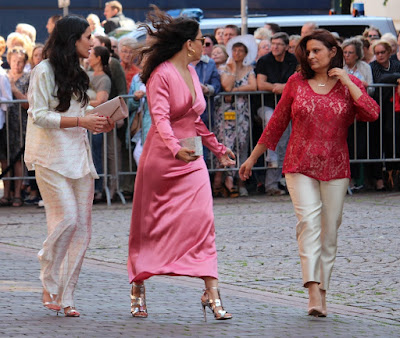 Three of the bridesmaids. 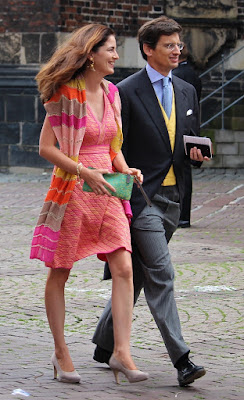 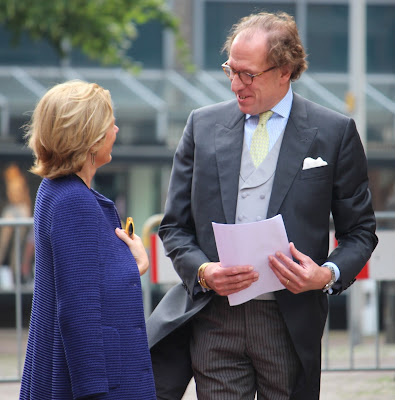 Baron Hubertus Knigge talking to Leontine von Schmettow. It looked like he was the master of ceremonies at the wedding. 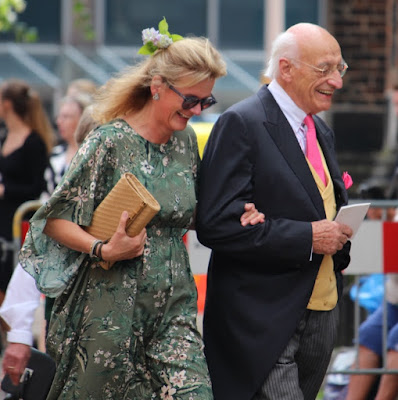 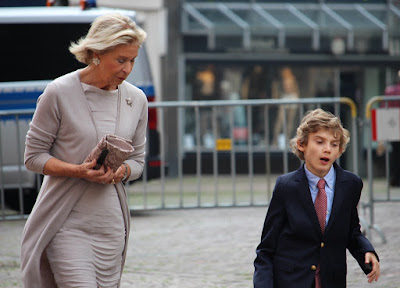 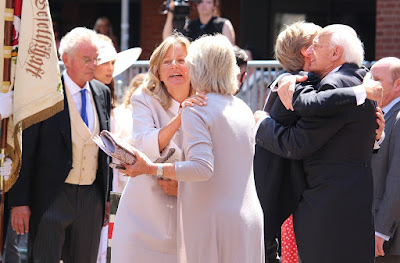