Earlier today, Hereditary Prince Ernst-August of Hanover married his long-time girlfriend Ekaterina Malysheva in a religious ceremony at the Marktkirche in Hanover. 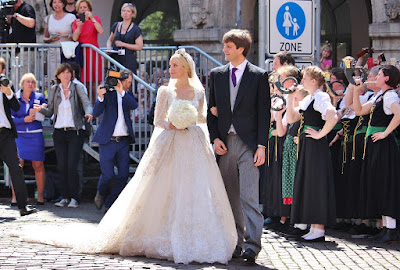 The ceremony was attended by the German nobility and international socialites alike - and thus I have to sort through some 600 pictures to see he was there and who wasn't (*cough* the groom's father *cough*). That'll take me a while. In the meantime, enjoy some of my pictures of the bride and groom. 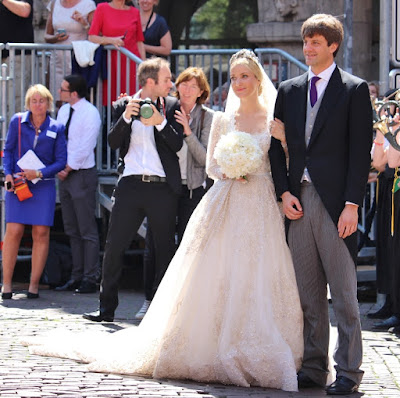 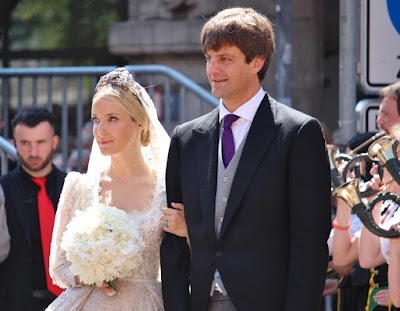 Her veil was anchored by one of the diamond tiaras of the Guelph family, commonly called the Hanoverian Floral Tiara. 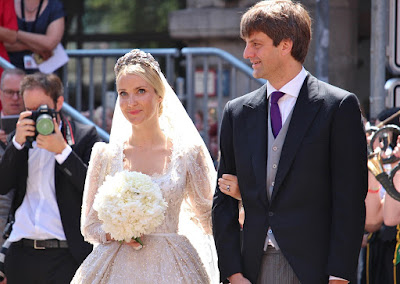 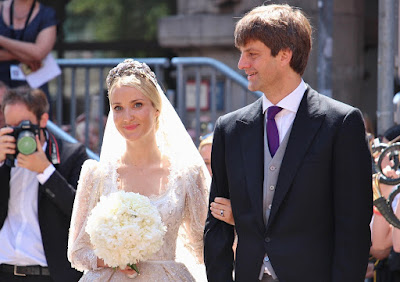 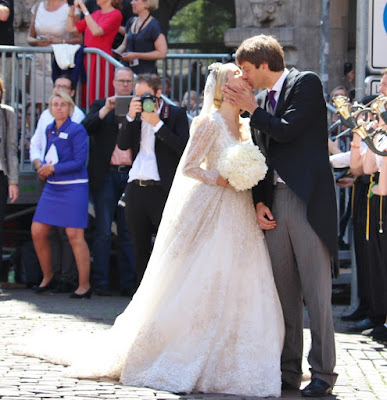 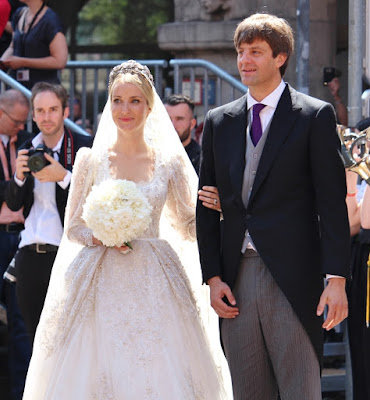 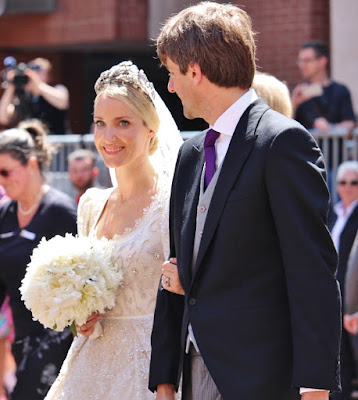 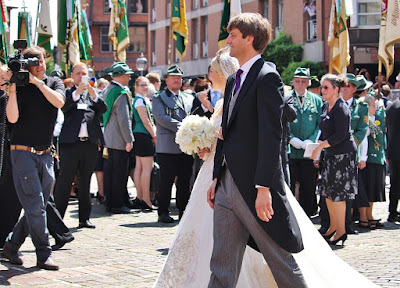 After the religious service, the couple walked through a guard of honour by local marksmen and -women and there was also a group of horn players. 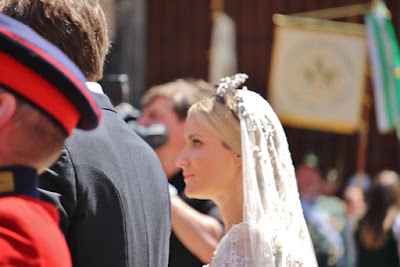 Unfortunately in this picture the Hereditary Princess is slightly out of focus but it still gives you an idea of the shape of her tiara. 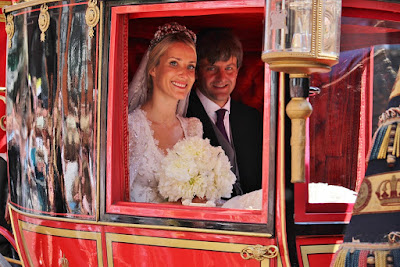 After leaving the church, the bridal couple got into a carriage and rode to Herrenhausen Gardens where a reception was hosted. 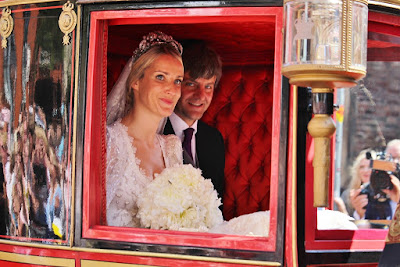 More to come soon! In addition to pictures of the guests, I will also write up a wedding report, so stay tuned!
Ernst-August and Ekaterina Event Guelphs Hanover Wedding