CastleTravel: A Road Trip to Arundel Castle and Hever Castle 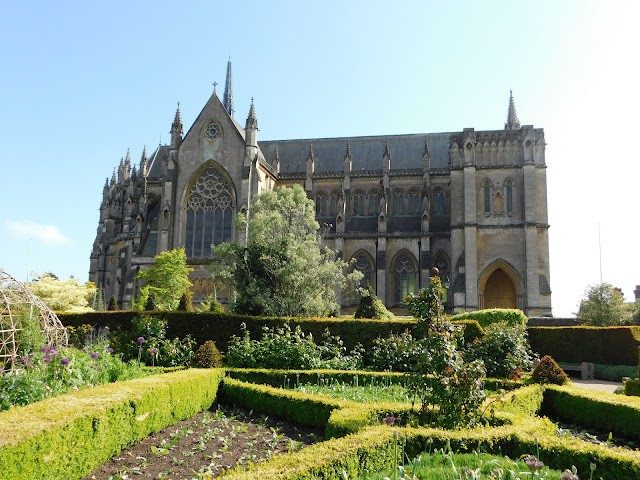 In the South of England, in the county of Sussex, lies Arundel. In the village you find Arundel Castle. And that castle was the main reason of my road trip (aside from the Diana exhibition). My parents used to travel frequently to the UK before I was born, with family, friends or just the two of them. And Arundel Castle was a thing they always got back to, because they found it so beautiful. As a royal history buff and Castleholic I got only more intrigued. So now in 2017, after 35 years my mother last visited it, it was definitely time to cross the Channel and visit. Would it hold up, after all the stories of my parents? Would I enjoy it? Time to find out! 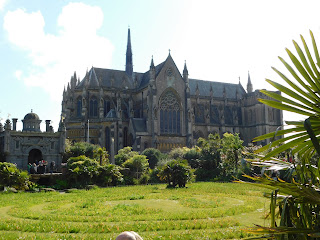 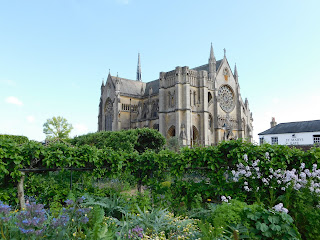 But first a little history (I know, but hang on!). It is one of England's oldest castles, being established by William the Conquerors nephew Robert de Montgomery in 1068. William awarded his nephew for protecting his property in Normandy while he was busy conquering England and Wales. Robert also got the title of Earl of Arundel. Interesting trivia: thanks to his conquering and protecting of his properties in England and Wales a lot of castles and fortifications were erected that still exist today, like Caernafon Castle. 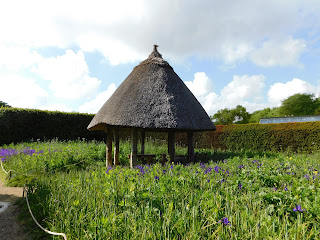 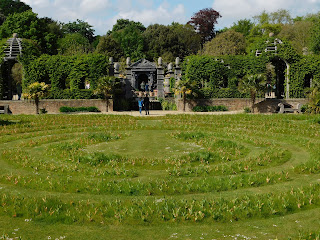 After Robert died, the castle reverted back to the crown, under King Henry I. At his turn, Henry left the castle in his will to his second wife, Adeliza of Louvain. She married later William d’Aubigny. William restructured the castle and fortified the keep. Till 1243 the castle would be in hands of the d’Aubigny family. That year the last in the male line died, and because of the marriage of Isabel d’Aubigny to John Fitzalan, the castle and titles went to the Fitzalan family. The Fitzalan family got to keep the castle and the titles until 1580, when Mary Fitzalan married Thomas Howard, 4rd Duke of Norfolk. He, however, got executed for conspiring to marry Mary, Queen of Scots. Once again, everything reverted back to the crown. Then in 1660 (!) everything would be returned to the Fitzalan-Howard family, who still own it today. Quite remarkable, because the Catholic family survived the country turning to Protestantism in Tudor times and survived also the struggle between William III/Mary and the Jacobites. More history? There is a great documentary with the great Dan Jones as presenter about Arundel Castle on Netflix, part of the series Secrets of Great British Castles. 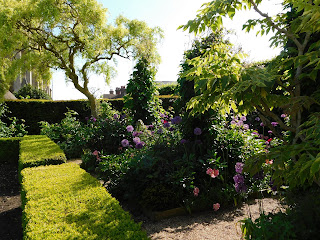 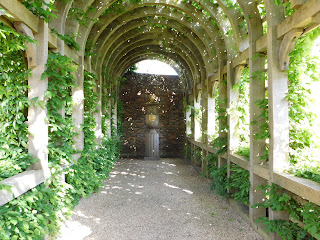 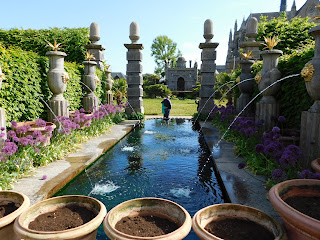 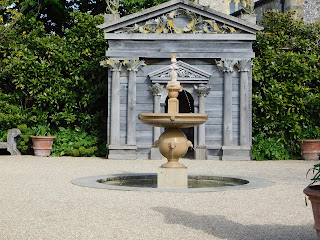 There are also a few pictures of the Duke acting in his role as Earl Marshal to the Queen. Yes, that is correct: a Catholic nobleman - who is the premier Duke in England, eg. the Duke of all Dukes - is responsible for organising coronations and state funerals and assisting in the Opening of Parliament. Sadly you aren't allowed to take pictures inside the castle, but it is really pretty and nice!  You get - as is usual in castles - led from room to room. I was very busy admiring it all, my mother had a “Oh yeah!”- moment here and there. She recognized the dining room and the picture gallery, though not the other rooms (albeit she must have walked through them back in the late 70’s and early 80’s). Suffice to say, we all had a blast and were impressed with the castle. 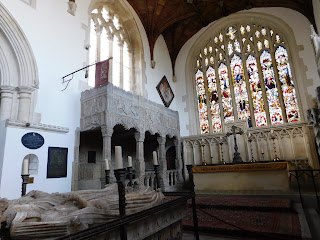 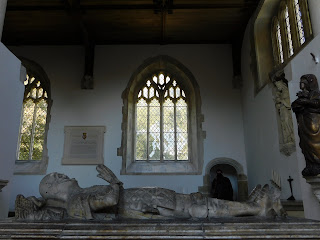 It was great that every room had a member of staff, who were very knowledgeable. If you wanted to know something about a painting or a particular object, they were more than happy to answer questions.  Especially the lady in the library was very pleased that we were so interested in the history of the castle and the family. She also explained about noble families and death duties, why it can be almost ruining families and their collections (selling jewellery *shudders*) and how the Norfolks formed their own trust to prevent this. Quite important, since they have a really nice collection of furniture and objects that really show the evolution of the castle, family and England. Also, their collection is of historic and cultural importance, since they are a Catholic family and they have some first editions of books by Geoffrey Chaucer and Shakespeare. And let’s not forget they owned a manuscript by Leonardo da Vinci till the British Library bought it in 1831 (*drools*). 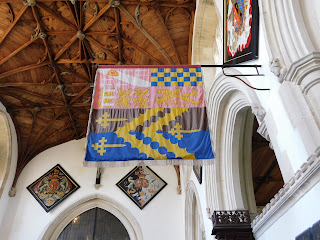 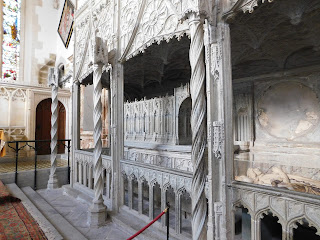 After admiring the castle we had a lunch and did some shopping at the museum shop and went outside. There we went on our way to visit the Fitzalan Chapel, where members of the family are buried and went to the beautiful gardens afterwards. Nice to know: the Collectors Garden was opened by the Prince of Wales! 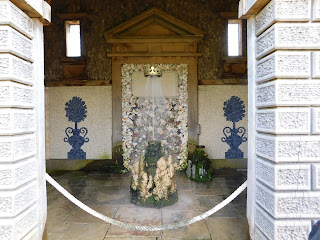 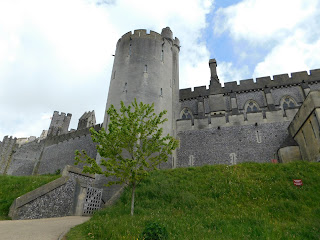 Only one conclusion was possible when we were back in our apartment: yes, it was definitely worth a visit! My mother loved it seeing it again, and now knowing more about the history and the family (thanks to me…) it made the visit that much nicer for her. For me, the stories definitely holded up. It is a beautiful castle, with splendid architecture and furniture. It doesn’t feel empty or museum-like while walking through it, which you can sometimes have when visiting a castle (looking at you, Hampton Court). If you are a self-respecting history buff or Castleholic, you should really visit this one! By car is easiest, but there is a 1,5 hour train ride from London to Arundel and back which makes it a good destination for a day trip. 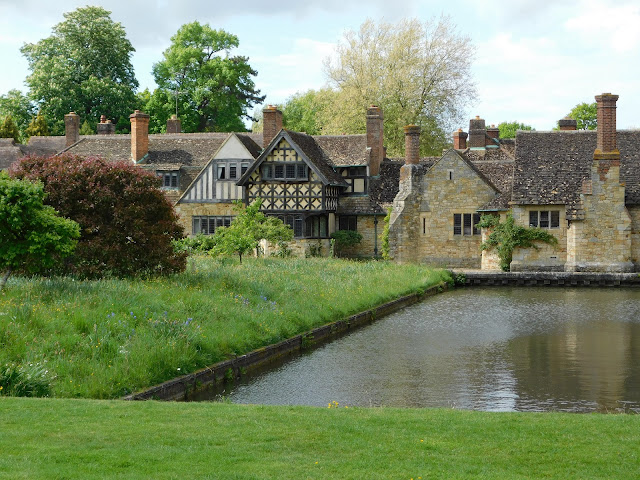 Next castle on the roadtrip was Hever Castle, once owned by Anne Boleyn's family. It is a small castle in the Greater London area (close to Penshurst Place and Royal Tunbridge Wells). Anne Boleyn and her sister Mary grew up at Hever Castle, after their father Thomas inherited it in 1505. He was born there in 1477 and it passed onto him after the death of his father. After the death of Thomas Boleyn it came in possession of King Henry VIII. He gave it to his fourth wife Anne of Cleves as part of the settlement of their divorce. 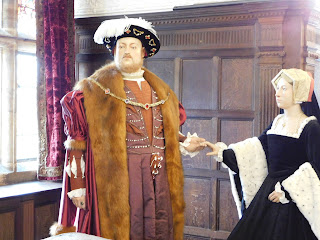 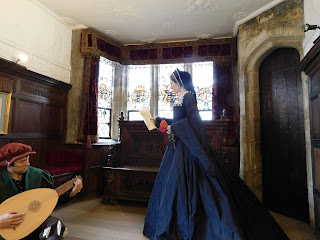 After Anne of Cleves, it was owned by the Waldegrave famiy, the Meade-Waldo family and the Astor family (of Waldorf Astoria hotel-fame). In 1983, the Astor family sold it to Broadland Properties Limited, owned by the Guthrie family. The Guthrie family still owns it today. The estate is used as conference centre, but the castle and gardens are open to the public. It is even possible to marry at Hever Castle! 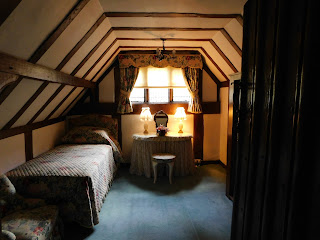 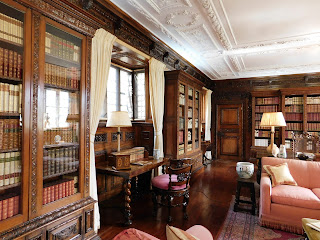 As tourist attraction they draw on the link with Anne Boleyn and Henry VIII. Consisting of three floors, you see Anne’s bedroom, a room where ladies did needlework and a few rooms dedicated to the Astor family. On the second floor you get to see Anne’s prayer books, a letter from Henry to her and from her to Henry. Their love story is also a bit acted out with wax dolls in life size. You see Anne receiving a letter and rose from Henry, and Henry standing next to Anne while he rejects Anne’s sister Mary. 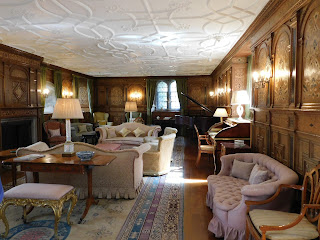 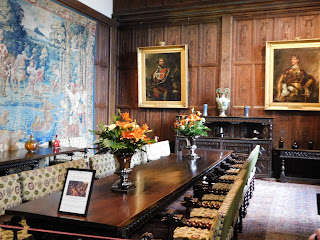 It is a small castle, so you better combine it with something else for the day. Still, it is very nice to visit. Though if you are a complete Tudor geek, Hampton Court is a far better pick. For Castleholics it is a nice castle to visit and put on the list.

...
About the author
Sophie is since her young years interested in royalty. It all started for her with Princess Diana. Since then royal jewelry, Queen Maxima, history and castles has been added to her list of royal obsessions. You can find Sophie on Twitter and on her own - Dutch - website All Things Royal.
Astor Boleyn CastleTravel Fitzalan-Howard Guest Post Guthrie Kent Meade-Waldo Montgomery Open Tudor United Kingdom Waldegrave West Sussex