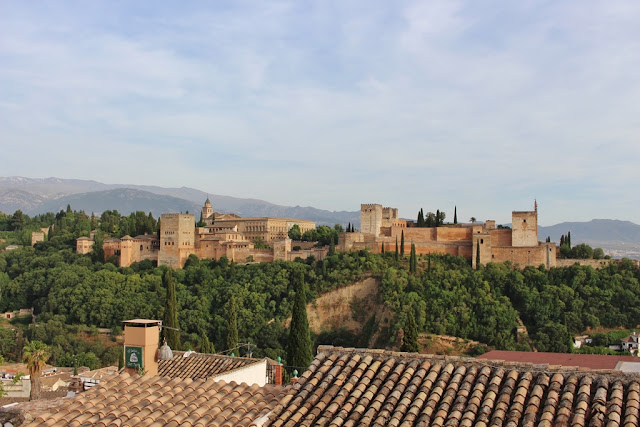 Alhambra - the name alone let's you think of a thousand and one nights, splendorous architecture and the magical palaces. Nestled on the foot of the snowy Sierra Nevada mountains in southern Spain, it was here that the Nasrid dynasty wrote the last chapter of the history of the Muslim rule over the Iberian peninsula. In 1492, Granada was the last of the Moorish kingdoms captured by Christian forces thus ending 700 years of influence over the region. 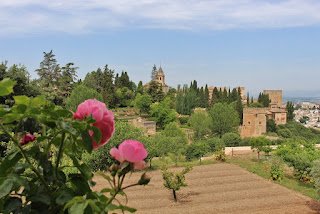 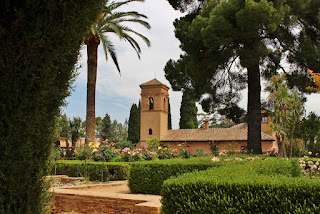 Literally the red castle (Al-Hamra) due to the colour of its walls, the Alhambra is located on a hill above the city of Granada. Its history dates back to the 9th century when a small fortress by the name of Ma’qil Ilbira built on the ruins of a Roman fortress was located on the site. While the castle was expanded, Granada was still a historical backdrop at the time. This changed when Muhammad ibn Yusuf ibn Nasr, the founder of the Nasrid dynasty, was forced to flee from Jaén to avoid persecution by King Ferdinand III of Castile. During Ramadan 1238, he marched into Granada, took up residence in the Alhambra and declared himself the first Sultan of the Emirate of Granada. 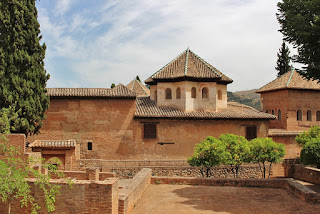 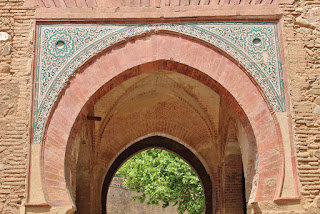 Muhammad actually then allied himself with his Christian rival thus ensuring peace. His descendants would rule over Granada for another two and a half centuries. A few months after his arrival to Granada, he embarked on the construction of a new Alhambra fit for the residence of a sultan. But the Alhambra wasn't just a palace, it was a palatial city. The plans for the Alhambra included no less than six palaces, five of which were grouped in the northeast quadrant forming a royal quarter, two circuit towers and numerous bathhouses. 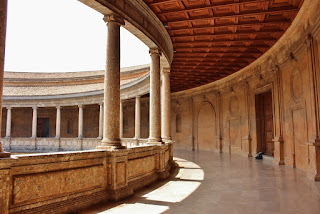 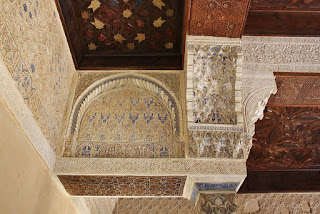 First of all, the old part of the Alcazaba was reinforced and the Watch Tower (Torre de la Vela) and the Keep (Torre del Homenaje) were erected. Water was canalised from the Darro river, warehouses and deposits were built and the palace and the ramparts were started. These two elements were carried on by Mohammed II (1273-1302) and Mohammed III (1302-1309), who apparently also built public baths and the Mosque (Mezquita), on the site of which the current Church of Saint Mary was later built. 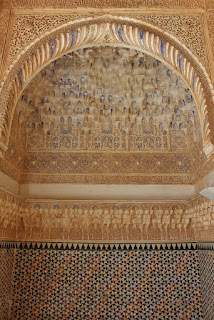 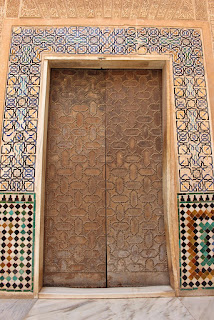 Yusuf I (1333-1353) and Mohammed V (1353-1391) are responsible for most of the constructions of the Alhambra that we can still admire today. From the improvements of the Alcazaba and the palaces, to the Patio of the Lions (Patio de los Leones) and its adjoining rooms, the Justice Gate (Puerta de la Justicia), the extension and decoration of the towers, the building of the Baths, the Comares Room (Cuarto de Comares) and the Hall of the Boat (Sala de la Barca). Hardly anything remains from what the later Nasrid kings of the last century of their rule did. 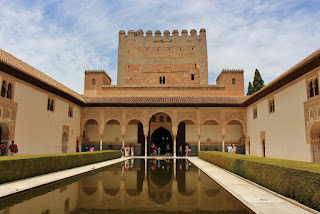 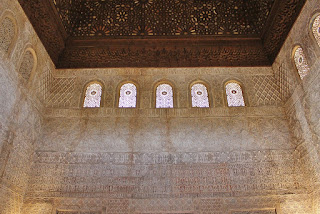 In 1492, the Alhambra fell into the hands of the Catholic Monarchs and the legend says that the last king of Granada, Boabdil, being exiled, stopped on a mountain on the way to the coast, looked back at Granada and the Alhambra and started crying. This site still nowadays is called “The Sigh of the Moor”. Luckily, the Alhambra itself was never attacked when the forces of King Ferdinand II of Aragon and Queen Isabella I of Castile reclaimed the city. 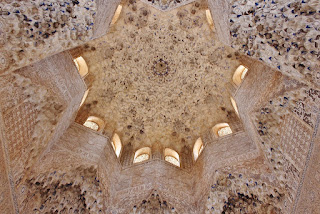 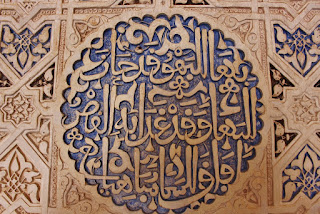 However, after the Christian conquest of the city in 1492, the conquerors began to alter the Alhambra. Carlos V ordered the demolition of a part of the complex in order to build the palace which bears his name. The Palace of Carlos V is Renaissance-style building with an impressive circular courtyard, which, however, was never home to a monarch and actually stood roofless until 1957. 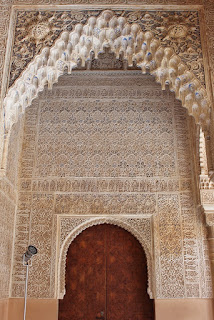 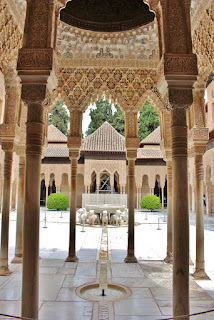 The last royal inhabitants of the Alhambra were King Felipe V and his wife Elisabetta Farnese at the beginning of the 18th century. While Felipe Italianised the rooms and completed his palace in the middle of what had been the Moorish building, his stay was only short-lived. After his departure, the Alhambra was slightly forgotten. It was damaged both during the Napoleonic invasion of Spain and later an earthquake in 1821. 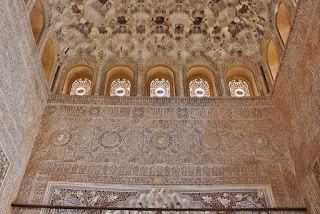 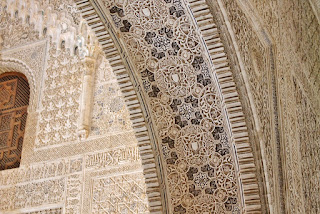 Still after the 18th century, the "pearl set in emeralds", as Moorish writers once used to describe the Alhambra, lay abandoned. It was only rediscovered during the times of Romanticism in part also thanks to the book "Tales of the Alhambra" by Washington Irving. Restoration work was undertaken in 1828 by the architect José Contreras, endowed in 1830 by Ferdinand VII. After the death of Contreras in 1847, it was succesfully continued by his son Rafael, who died 1890, and his grandson. 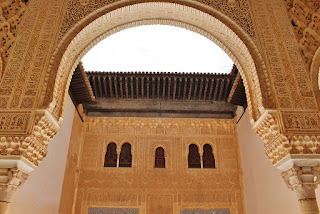 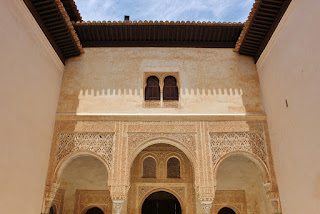 To this day, the Nasrid Palace remains one of the most impressive examples of Moorish architecture in Europe. There is no inch without decoration. Most impressive of it all may just be the Hall of the Ambassadors. Its wooden ceiling illustrates an amazing command of geometry consisting of no less than 8000 pieces inlaid like a giant jigsaw puzzle. As Muslims avoid images of living creatures in their design, verses from the Quran and religious poems are inscribed everywhere with the phrase "Only God is victorious" being repeated about 9000 times throughout the Alhambra. It's a marvellous place to discover even though the eye can hardly take it all in. 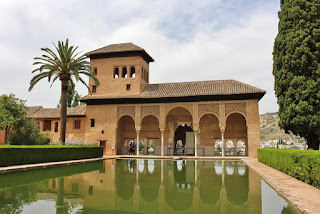 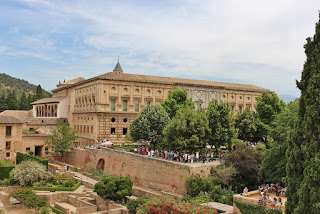 Good to know:
The Alhambra is open every day of the year with the exception of December 25 and January 1. There are day and evening visits available. Admission per adult is 14 euros. Your ticket will have a specific time slot for you to enter the Nasrid Palace. The whole tour of the grounds took me four to five hours. Important: Book your ticket well in advance! I planned on booking two weeks in advance - and all tickets via the official website were already sold out. Instead, I purchased a Granada Card that also gives entrance into the Alhambra. For more information, have a look here.
Andalucia Borbón Habsburg Nasrid Open Spain