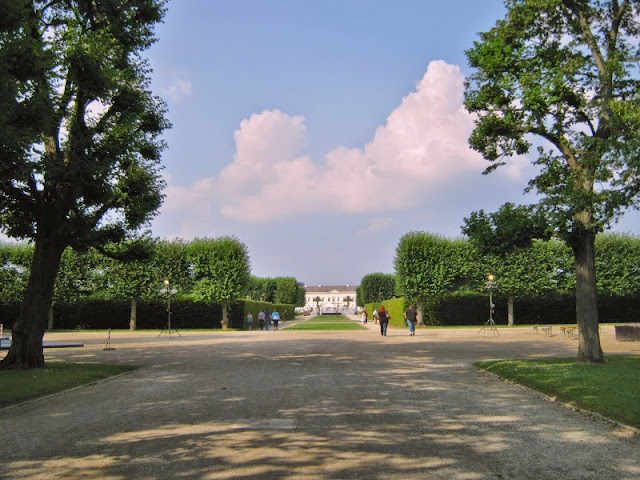 Time to catch up on another royal place I visited an eternity ago - and again yesterday together with the lady behind History of Royal Women. Do you recall that time almost three years ago when I wrote about Schloss Herrenhausen, an exhibition called "The Hanoverians on Britain's Throne 1714-1837" and the Berggarten in Hanover? Well, there was a post missing in that kind of mini-series: The one on the Großer Garten (Great Garden) of the Herrenhausen Gardens. Considering that spring is finally here and summer fast approaching, it's time to have a look at one of the places you should definetely visit if you are in Hanover during the summer months. (Note: The pictures featured in this post were taken during summer time, we will have seperate posts showing the garden during different times of the year.) 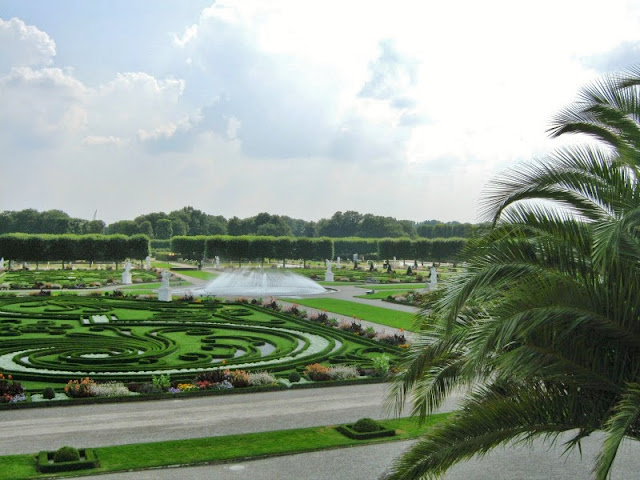 The Herrenhausen Gardens, or Herrenhäuser Gärten, are one of the main attractions of the Lower Saxon capital with the Baroque-style Großer Garten (Great Garden) being the most famous of the four gardens. In addition to the more recreational Georgengarten and Welfengarten which are open to the public at all times, as well as the previously covered Berggarten. While its origins go back even further, the Great Garden owes its current shape and former to Elector Ernst-August and his wife Electress Sophie, whose legitimate Protestant descendants of course make up the line of succession to the British throne. 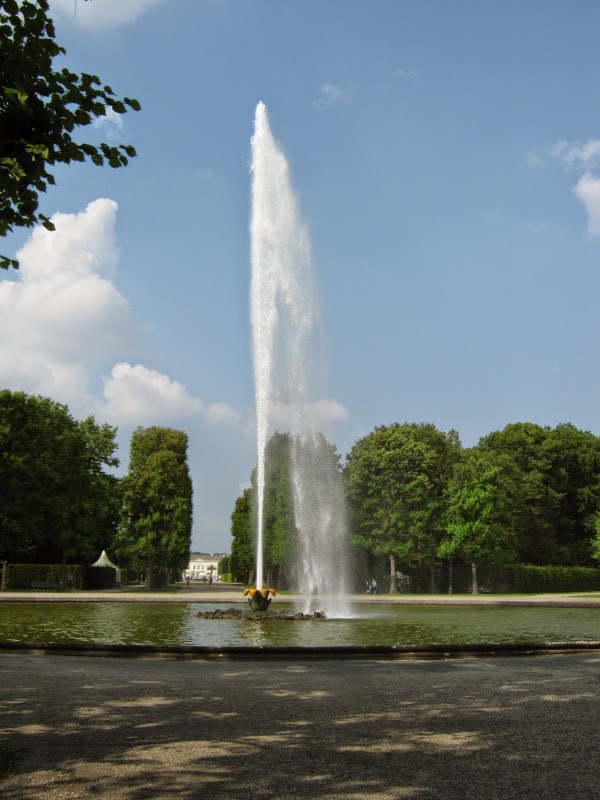 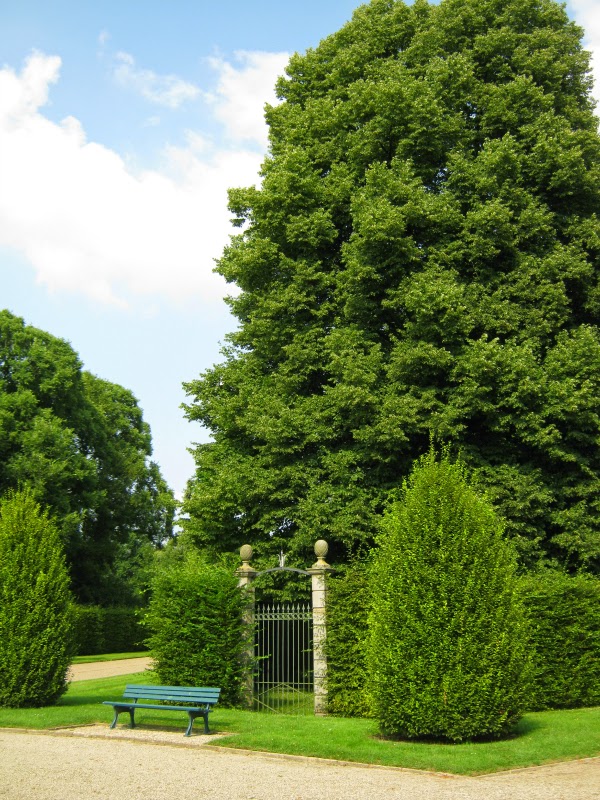 Ernst August being named Elector wasn't uncontroversial among his peers and so he expanded his residences to reflect his political ambitions. He and his wife Sophie were inspired by Italian, French and Dutch gardens of the time. They commissioned French Baroque landscape gardener Martin Charbonnier to carry out the works in 1683. After a first construction phase, works intensified again in 1689 after a rivalling line of the House of Guelph had started an equally ambitious garden project near Brunswick. During this time, the garden theatre and gallery building were constructed. 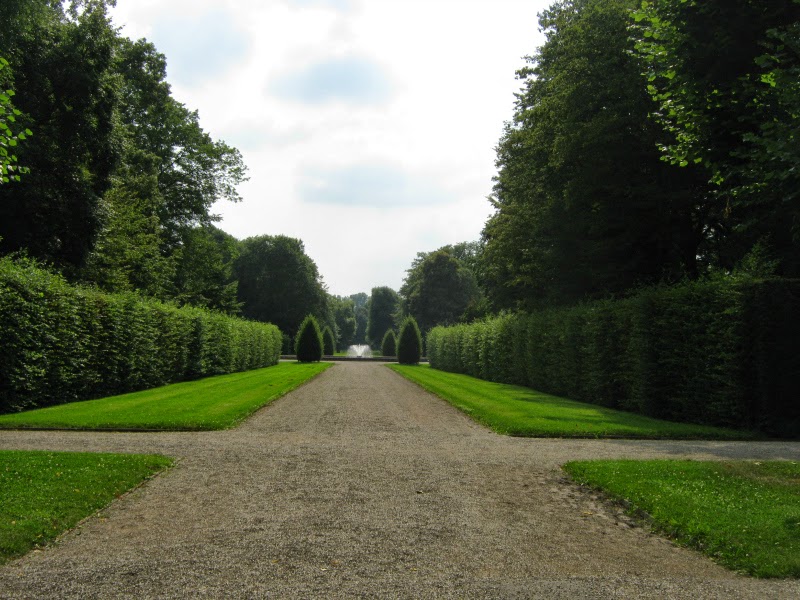 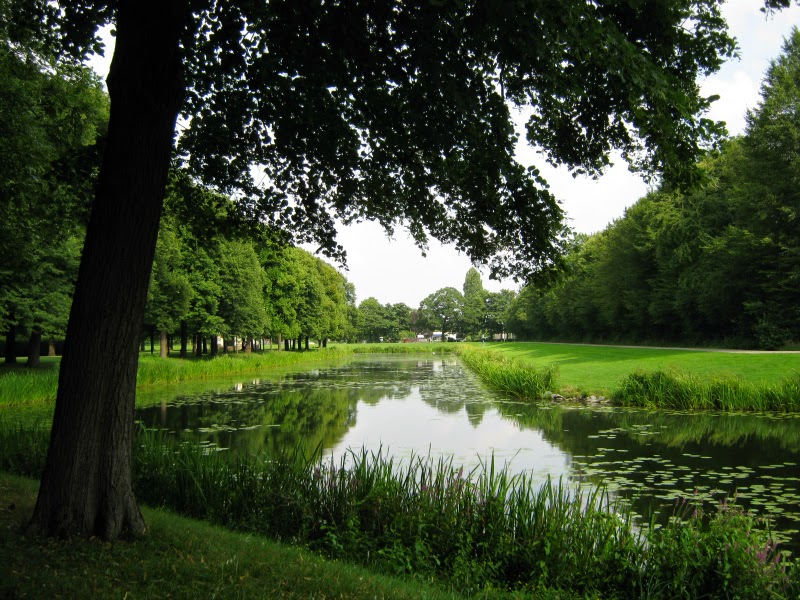 In 1696, the decision was made that Charbonnier shall double the garden in size and to build a moat surrounding the edges of the Großer Garten. One of the great challenges of the garden were the fountains and their water supply. Over 13 years Marinus Cadart had worked on them - and completed the grotto and the cascades - yet, he was dismissed by Elector Ernst August in 1689. Subsequently, both Johann Friedrich de Münter and polymath Gottfried Wilhelm Leibniz attempted to solve the problems without much success. 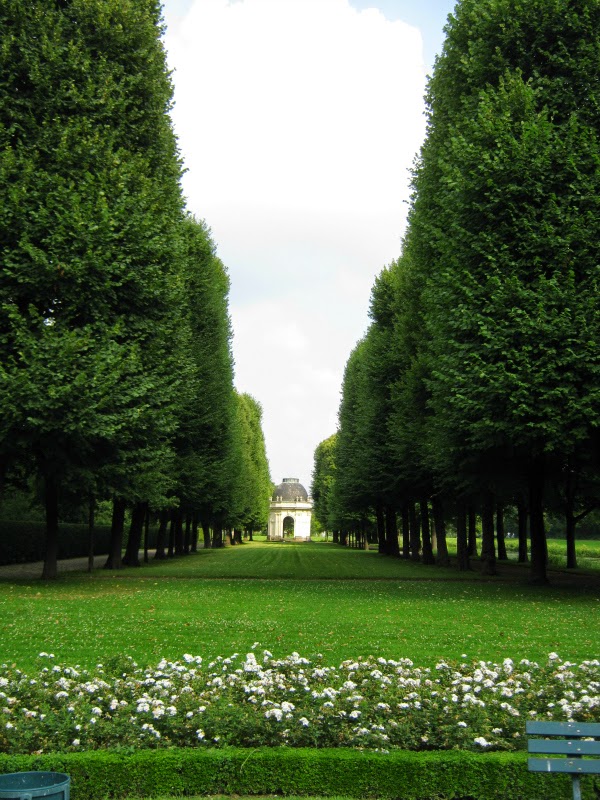 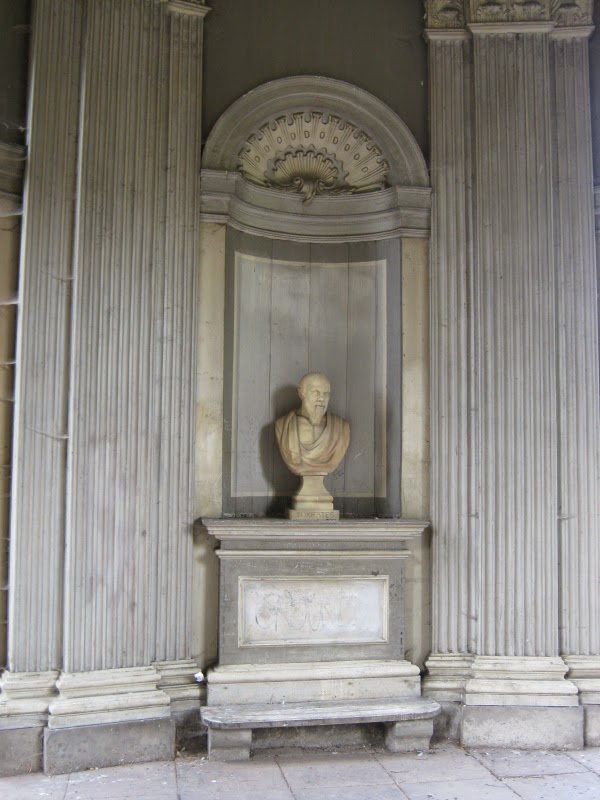 After Ernst-August's death, Schloss Herrenhausen was given as the widow seat to his wife Electress Sophie. As the costs were too high for her to cover, she gave the palace and gardens to her oldest son, the future King George I of Great Britain, however remaining there for the rest of her life. At the time still known as Georg Ludwig, he made additions to the garden including the pavillions you can see on the pictures above by Louis Remy de la Fosse. In 1700, construction of the Great Fountain started, Finished 20 years later, it cost as much as pretty much the entire Frauenkirche in Dresden! Measuring 35 metres in height at the time, it can reach up to 80 metres these days - and is thus the highest Garden Fountain in Europe. 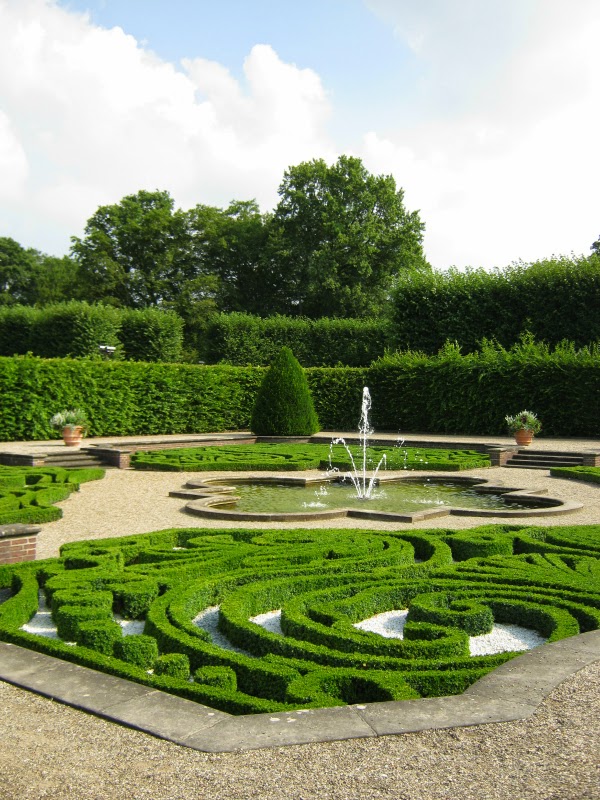 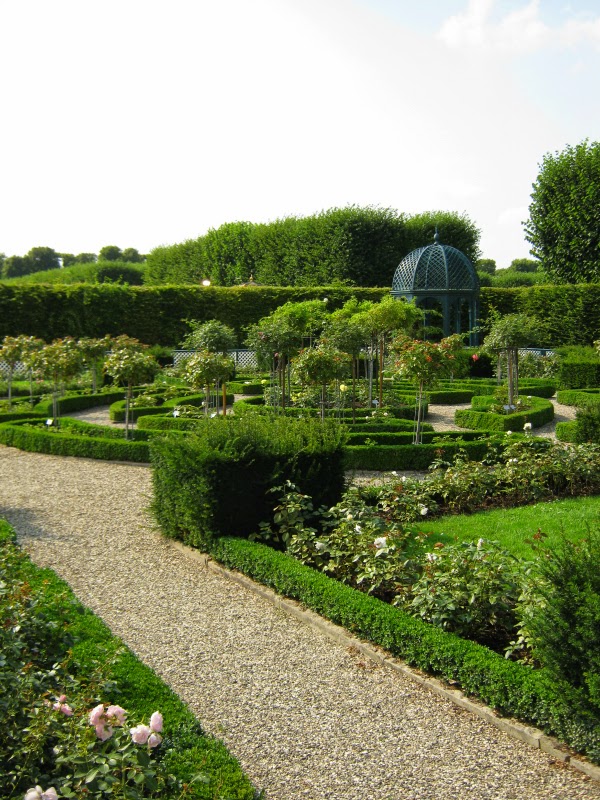 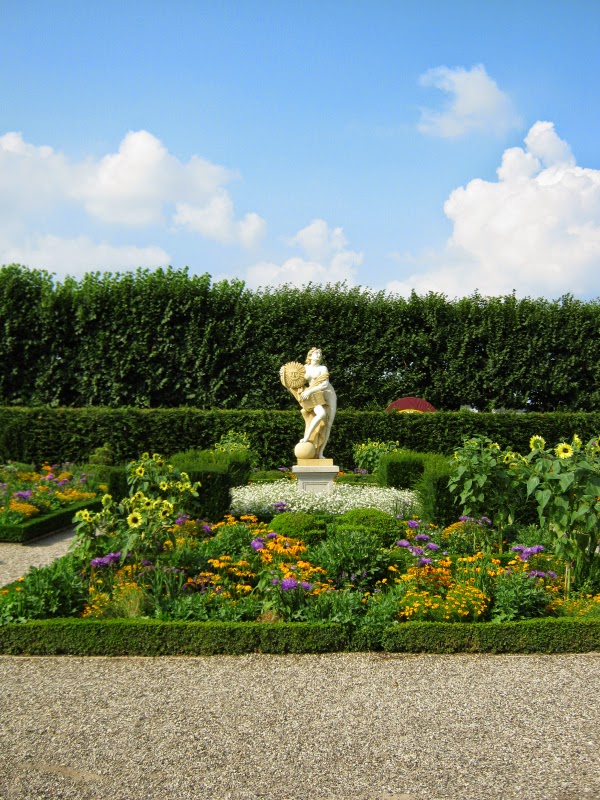 Including the surrounding moat, the Großer Garden measured about 50 hectares - which means that it was the same size as the old town of Hanover where about 7000 people lived in 1000 houses at the time. During the following years, several houses and other structures were build around the garden to help with the holding of court. Most additions were made by the son and grandson of Martin Charbonnier, Ernst-August and Matthias. Luckily for the Baroque Great Garden, the kinga following George I and George II didn't take a major interest in their Hanoverian holdings but preferred to spend time in Great Britain instead. Thus no major changes were made during the following years. 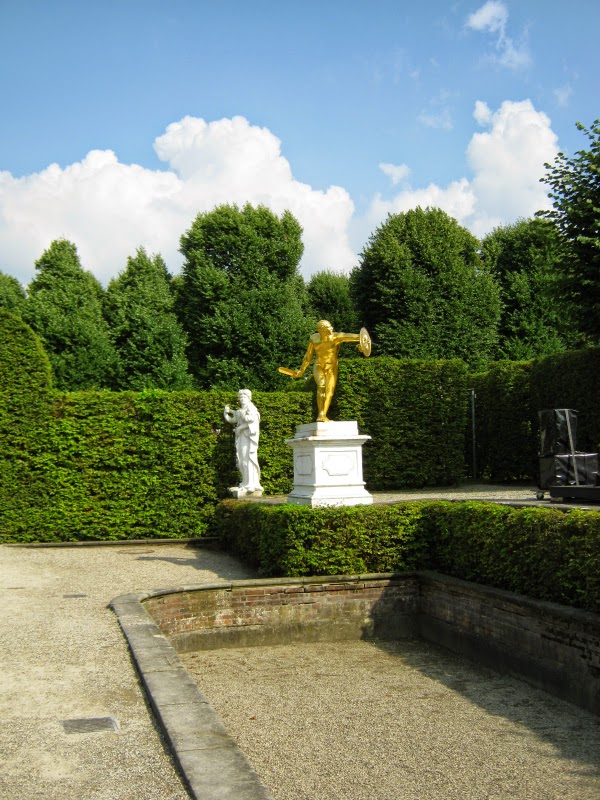 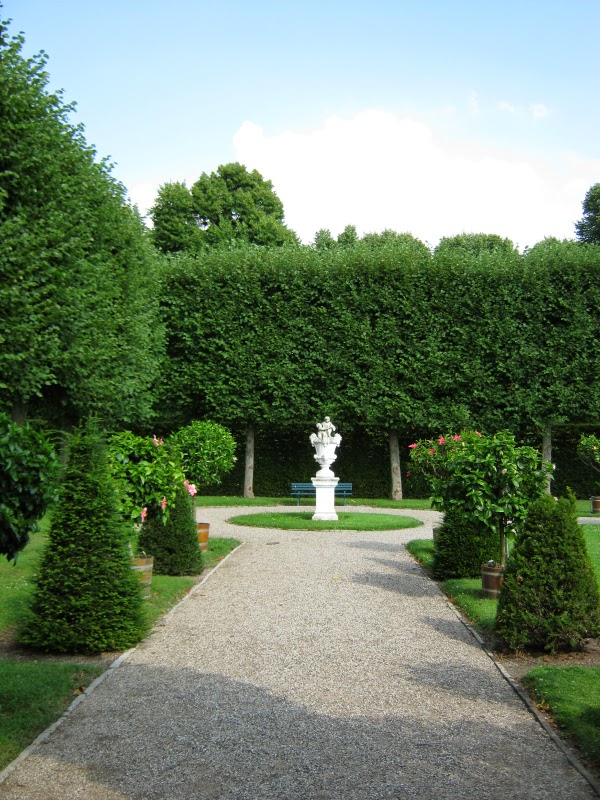 After the Seven Years' War ending in 1763, the Great Garden was opened to the general public. In difference to other parks at the time, people from all strokes of life were able to visit. In 1815, Hanover was raised to the rank of a Kingdom and in 1837 after the end of the personal union with the United Kingdom, court life returned to the city though the Guelph family preferred to spend time at Schloss Monbrillant (in the place where the Welfenschloss stands today) instead of Herrenhausen. Starting in 1857, it was King Georg V who chose the palace and gardens first as his summer and later permanent residence. This was to last for about ten years until the annexation of the Kingdom of Hanover by Prussia. Subsequently, the Great Garden came into the hands of the state of Prussia and remained so until 1934, when it was given back to the Guelph family, who sold it to the city of Hanover three years later.

Good to know:
Schloss Herrenhausen and the Herrenhäuser Gärten (specifically the Berggarten and the Großer Garten) are accessible via a combination ticket available for eight euros per adult. The Großer Garten and Berggarten are open all year round. The museum is open every day during the summer season between 11am and 6pm. During the winter season (November 1-March 31), the museum is open Thursdays to Fridays between 11am and 4pm. For more information, have a look here.
Germany Guelphs Hanover Lower Saxony Open Park