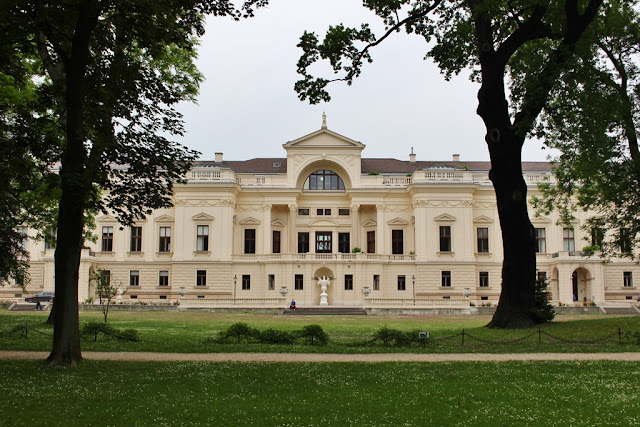 Confession of the day: I still haven't covered all the royal sights I visited in Vienna two years ago. Time to catch up... The Sommerpalais or Alserbachpalais is the least known of all the Viennese palaces owned by the Princely Family of Liechtenstein, who were one of the most important noble families of the Austro-Hungarian Empire. Situated just across the gardens from the Gartenpalais in the 9th Viennese of Alsergrund in the Rossau, not too much is (publicly) known about this 'summer palace'.

The park situated between the Gartenpalais and the Sommerpalais dates back to the year 1687 when it was laid out as the first pleasure garden after the end of the siege of Vienna by the Turks. Now considered the city's oldest palace garden still in existence, both the park and a Baroque-style pleasure palace were designed by Austrian architect Johann Bernhard Fischer von Erlach at the behest of Prince Hans-Adam I of Liechtenstein. To realise his plans, the Fürst had bought the plot of land consisting of gardens, fields and vineyards from the Prince of Auersperg earlier that same year. 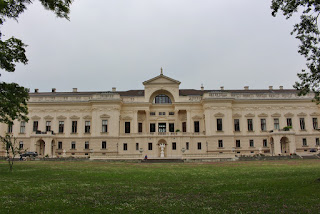 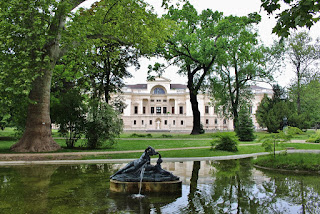 The first palace located on the site of today's Sommerpalais was called Belvedere. Belvedere, which is Italian and translates to 'beautiful sight', palaces were a very common occurrence of Viennese Baroque gardens as they were built to offer its visitors scenic views over the park or garden. Starting in 1687, the plans by Fischer von Erlach were put into effect by master stonemason Martin Mitschke. The construction of the palace was finished in 1689.

In 1873, the Belvedere was demolished and three years later Prince Johann II, whose reign of 70 years and 90 days is the second-longest in European royal history after that of Louis XIV of France, commissioned architect Heinrich von Ferstel to build a new palace as a summer house for his mother, née Countess Franziska Kinsky of Wchinitz and Tettau, on the site of the demolished one. The Sommerpalais subsequently was also home to other members of the Princely Family. 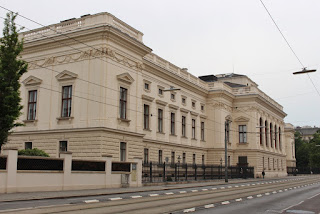 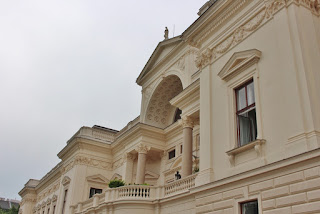 Measuring 102 metres in length, the new Neo-Renaissance palace is a much bigger magnificent building than the original Belvedere and its garden-facing front is the star of the show; architect Ferstel used the former Belvedere palace as his inspiration and incorporated a triumphal arch-like motif into the loggia of the Sommerpalais. The palace is accessible via two entrances on the garden side. While the ground floor originally mainly housed guests as well as functional and attendant rooms, ceremonial halls and apartments of the Princely Family were located on the principal floor. Especially noticeable is the great height of the state rooms and staircases. Behind the five large oval windows of the central avant-corps on the on the side facing the street, a winter garden was once located.

In 1932, the great ball room was converted into an apartment for the Princess of Schwarzenberg who was confined to a wheelchair. (If you know which Princess of Schwarzenberg is meant, let us know!) The conversion was reversed during renovations from 1989 to 1991. During the same period of time, the Sommerpalais was heavily modernised and largely adapted for office and residential use. These days, the offices and apartments are rented out but still owned by the Prince of Liechtenstein Foundation.


Good to know:
As the Sommerpalais houses offices and apartments, it is not open to the general public. When visiting the gardens located between the Gartenpalais and the Sommerpalais, you aren't actually allowed to even get very close to the latter.


The original version of this post appeared on Luxarazzi on February 17, 2014.
Auersperg Austria Liechtenstein (family) Vienna