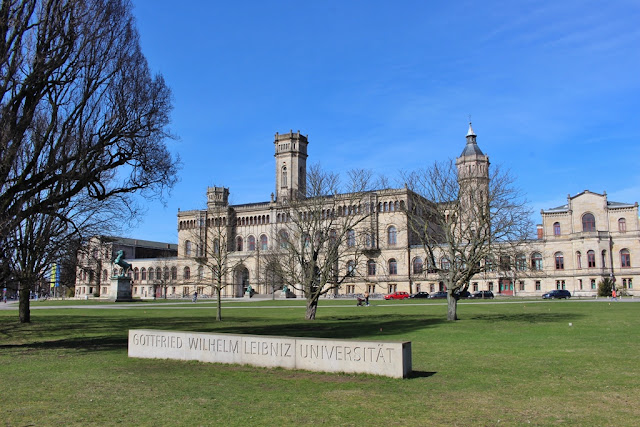 Today a castle I have spent hours in (or rather in its adjacent buildings): The Welfenschloss in Hanover, the former intended summer residence of the Guelph family turned university - because when it was finally finished, there was no such thing as a Kingdom of Hanover anymore. Construction took a while and before it could begin, there was even a bit of deconstruction going on. Previously Schloss Monbrillant, (summer) residence of the Hanoverian kings, had been situated on the same site. To make room for a grander palace, the old Schloss was demolished and rebuilt in Georgsmarienhütte near Osnabrück, where it survived until 1925. 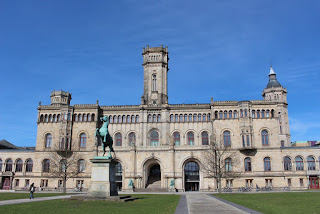 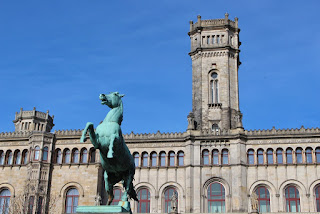 As early as 1814, the year Hanover became a Kingdom, the construction of a new residential palace was considered. As the Hanoverian kings, however, were home rather rarely - after all they had another Kingdom (Great Britain, anyone?) to run - and so the history of today's palace starts in 1855. A few years after taking over the reigns, King George V of Hanover commissioned architect Christian Heinrich Tramm to draw up plans for a new summer residence. Construction started two years later, on July 26, 1857. Surrounded by the Prinzengarten and Welfengarten, the Welfenschloss is located within the gardens that make up the famous Herrenhausen Gardens and thus not far from both Schloss Herrenhausen and Fürstenhaus Herrenhausen 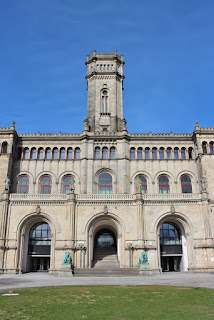 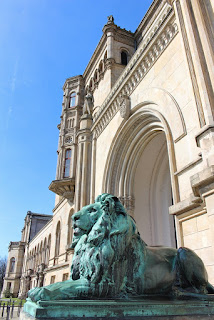 Originally, the Welfenschloss was intended as a summer residence consisting out of four wings, a winter garden and a glass roof spanning over the inner courtyard rivalling construction plans of Munich's Residenz. For the construction of the Welfenschloss, varieties of sandstone from all over the Kingdom was used. The architecture recalled the Middle Ages and statues of several famous members of the Guelph family (such as Heinrich the Lion on the right below) were added to the facade. King George V also had several towers added to the palace and it became apparent rather quickly that the Schloss should become his main residence. The King, however, didn't exactly factor in the Prussians - or the loss of Austria, his ally, in the Austro-Prussian war. Because the winner takes it all, the Kingdom of Hanover was annexed by Prussia in 1866, construction works halted and King George left for Austria the same year. 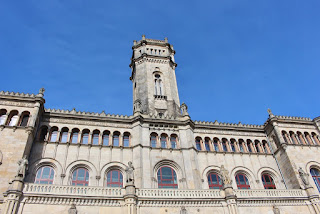 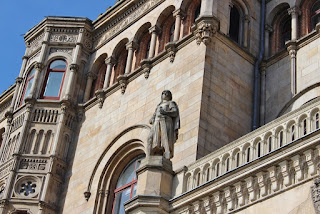 After a decade during which the Welfenschloss was left to itself, it was decided that the palace would become the main seat of Hanover's university. In 1879, construction works started again under the supervision of Georg Huneaus to make the changes to accommodate lectures halls and more. Consequently, the Schloss doesn't much look like a Schloss from its interior nowadays - and so all you can do is to marvel at the thousands upon thousands of details the facade has to offer. Not too shabby, eh?

Good to know:
The Welfenschloss houses the Gottfried Wilhelm Leibniz Universität. Even though you could, in theory, walk into the buildings if you do not look too touristy and are able to blend in with the students, there really isn't much to see.
Germany Guelphs Hanover