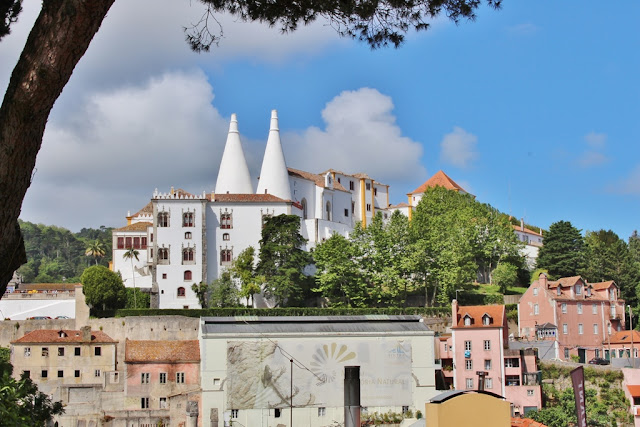 It's kind of a sad day here on Castleholic as with the Palácio Nacional da Sintra we will cover the last of the palaces I saw last year in wonderful Sintra, possibly the palace-richest place on earth near the Portuguese capital Lisbon. I will need to go back someday though as in addition to this goodie, the Palácio Nacional da Pena, the Castelo dos Mouros and the Quinta and Palácio da Regaleira, there are still a handful or two of handsome places to see for any castle lover! 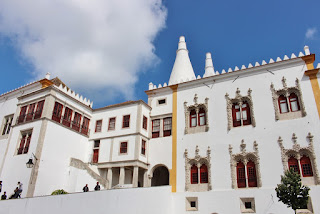 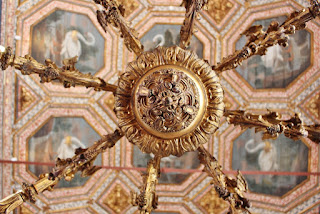 Of all the many palaces in Sintra, the palace bearing the city's name is the only one located directly in the town centre. While much of today's Palácio Nacional da Sintra originates from the times of King João I of Portugal, royal residences on the site date back even further. During the Moorish Al-Andalus era, after the Umayyad conquest of Hispania in the 8th century, Sintra had two castles: One, the Castelo dos Mouros, was located atop the hill and remains as a romantic ruin, the other was located in the valley. After the conquest of Sintra in the 12th century by King Afonso Henriques, he used the castle as a residence. 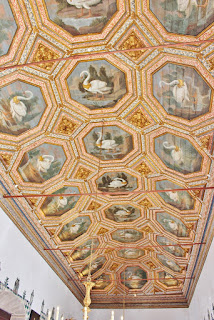 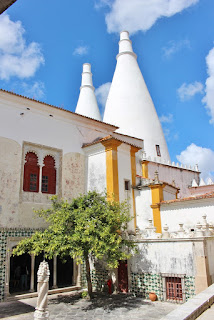 Nothing from this time remains though, the oldest part being the royal chapel built under King Dinis I (1261-1325). Around 1415, King João I started to model a palace after his own wishes. Most buildings around the central courtyard, also known as John's Wing, were built at his behest. The palace's most striking feature, the conical chimneys of the kitchen, which are just as impressive though much less photogenic from the inside, also originate during this time as do the Swan Room, the Magpie Room and the Arab Room. 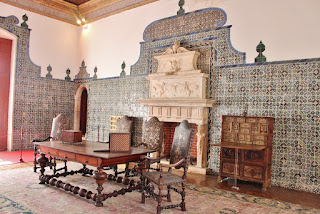 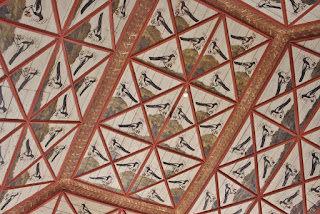 The redevelopment of the Palácio de Sintra saw a second heyday during the time of King Manuel I of Portugal, name giver of the Manueline architectural style incorporating maritime elements and representations of the discoveries brought from the voyages of Vasco da Gama and Pedro Álvares Cabral together with Late Gothic architecture, the Spanish Plateresque style, Islamic artistic influences, Italian urban architecture and Flemish elements. 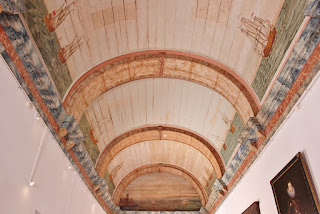 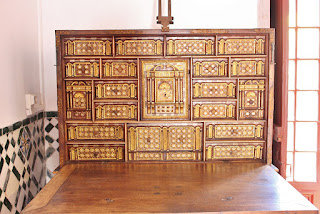 It was also during Portugal's golden age, the Age of Discoveries, between 1497 and 1530 that saw the addition of various structures to the existing palace, including Manuel's Wing to the right of the main façade. Manuel also added the most stunning room of the whole palace, the Sala dos Brasões or Coat of Arms Room featuring a ceiling decorated with 72 coats-of-arms of the King and the main Portuguese noble families. Following the reign of King Manuel the importance of Sintra diminished though different Portuguese monarchs and members of the royal family occasionally still spent time at the palace and naturally made minor changes. 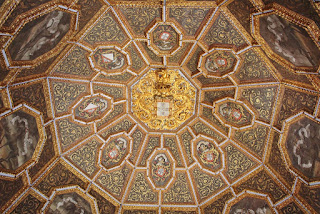 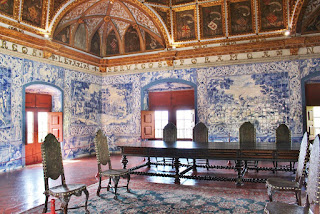 One of the sad chapters associated with it is that of King Afonso VI. Mentally unstable he was deposed by his brother, Pedro II, brought to the Palácio de Sintra and not allowed to leave until his death seven years later. Like most buildings in the area, the palace was damaged during the 1755 earthquake that hit the Lisbon Region. While most of it was rebuilt, the tower of the Arab Room, which had collapsed, was left out of the restoration process. 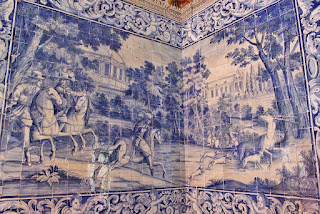 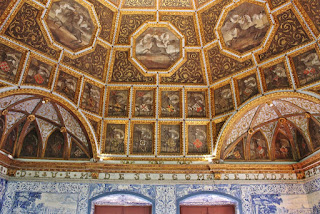 At the end of the 18th century, Queen Maria I redecorated and redivided the rooms of Manuel's Wing. Subsenquently, during the course of the 19th century, the Palácio de Sintra once again became a favourite of the Portuguese royal family and was frequently inhabited. Especially Queen Amélie, wife of Carlos I, who was assassinated in 1908, was fond of the palace. Two years after her husband's death, the monarchy in Portugal was abolished. 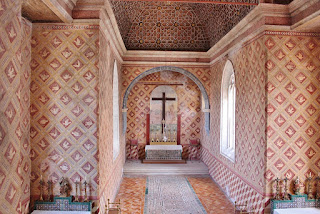 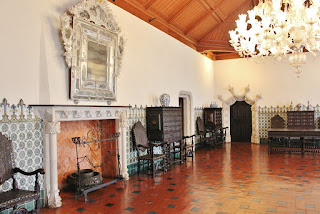 In the 1940's, the palace was restored by architect Raul Lino, who tried to return it to its former splendour by adding old furniture from other palaces and restoring the tile panels. Already after the end of the monarchy in 1910, the palace came into the possession of the Portuguese state and remains so to this day - and while this one certainly wasn't my favourite among Sintra's palaces, it's still very worth visiting if you got another hour or so on your hands on your trip to the city.


Good to know:
The Palácio Nacional de Sintra is open to the public every day of the year except for January 25 and January 1 from 9.30am to 7pm in the summer and 6pm in the winter season. Admission per adult is 8,50 euros. For more information, have a look here.
Aviz Lisbon Region Open Portugal Umayyad