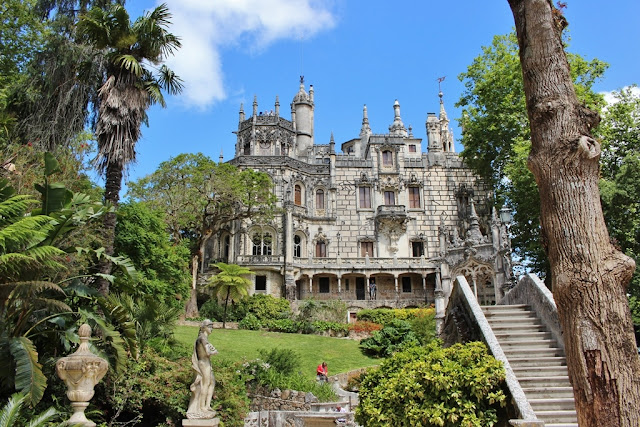 The heart of the enchanting Quinta da Regaleira is the Palácio of the same name. It was built by António Augusto de Carvalho Monteiro. He was born in 1848 as the son of a wealthy Portuguese family who lived in Brazil and whose fortunes were made from the monopoly of the coffee trade and precious stones. In Portugal he was known as Monteiro dos Milhões - Monteiro of the Millions. Carvalho Monteiro acquired the estate in 1892 and set out to create his own wonderland featuring lots of concealed symbolism referencing alchemy, Masonry, the Knights Templar and the Rosicrucians. Carvalho had already owned some land around the Quinta da Regaleira and in 1896 bought more land from the Marquess de Praia e Monforte adding to the estate. 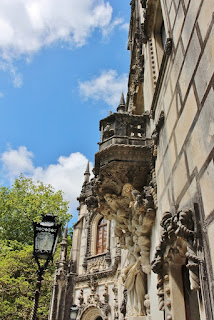 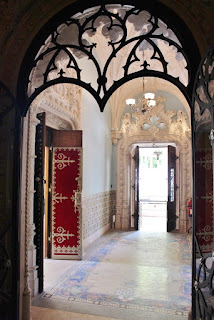 Even before Carvalho Monteiro, the place had been home to many wealthy and noble people: The property was first owned by Francisco Alberto Guimarães de Castro, who acquired the land in 1715 when it was known as Quinta da Torre, after a tower built in the grounds. In 1800, it was purchased by João António Lopes Fernandes and in 1830 by Manuel Bernardo. In 1840 the Quinta was purchased by Ermelinda Allen Monteiro de Almeida, the daughter of a wealthy merchant from Porto. She was later awarded the title of Viscountess of Regaleira - and thus gave the name to the estate. 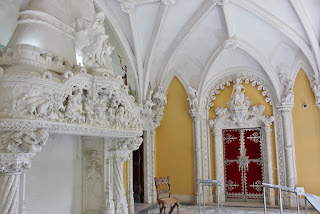 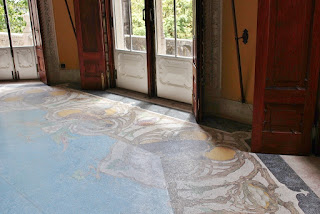 António Augusto de Carvalho Monteiro commissioned Italian opera-set designer Luigi Manini to dream up the plans for both the Quinta and the Palácio da Regaleira - and naturally Manini came up with something straight out of a fairytale. The facade of the Neo-Manueline extravaganza, which also blends Neo-Gothic and Italian Neo-Renaissance styles, is characterised by Gothic pinnacles, gargoyles, capitals and an impressive octagonal tower. From the inside, it is surprisingly homely though little of the original furnishings remain. 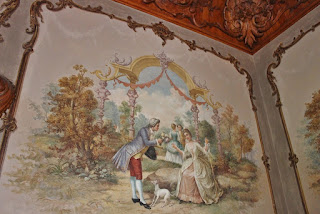 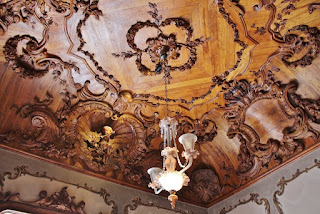 The Palácio da Regaleira has five floors: A ground floor, three upper floors and a basement. The ground floor contains a series of hallways connecting the social living areas such as the living room, dining room, billiard room, balcony, some smaller rooms and several stairways. On an interesting note: The Billiard Room or Monarch’s Room has paintings engraved into the wooden ceiling of the Portuguese monarchs from the first King Afonso Henriques to King João V. Carvalho Monteiro was a monarchist and proud Portuguese national so the Spanish monarchs who ruled during the invasion between 1580 to 1640 were omitted. 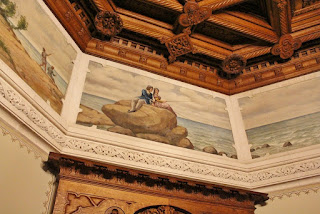 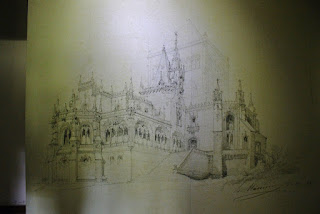 While the first upper floor used to contain the bed- and dressing rooms, the second upper floor contains Carvalho Monteiro’s office and female servants’ bedrooms. The third upper floor contains the ironing room and a smaller room with access to a terrace. Finally, the basement contains the male servants’ bedrooms, the kitchen which possessed an elevator for lifting food to the ground floor, and storage rooms. The upper rooms these days contains an exhibition on the creation processes of both the Quinta and especially the Palácio da Regaleira. 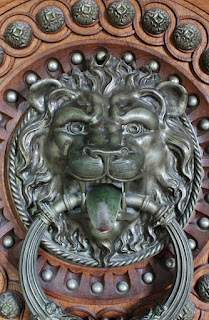 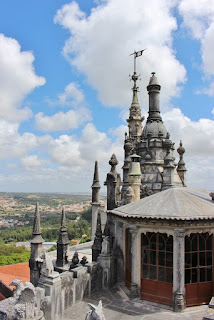 After Carvalho Monteiro's death in 1920, his heirs sold the place in 1942 to Waldemar d'Orey. He used it as a summer home for his family. It was bought in 1987 by a Japanese company. About ten years later, the city of Sintra purchased the palace and park opening its wonders to the general public.


Good to know:
The Palácio da Regaleira including the surrounding park are open from April 1 to September 30, from 9.30am to 8pm, and from October 1 to March 31, from 9.30am to 6pm. The last entrance into the park is one hour earlier, last entrance to the palace half and hour before closing time. Admission per adult is 6 euros. For more information, have a look here.
Bernardo Carvalho Monteiro Guimarães de Castro Lisbon Region Lopes Fernandes Monteiro de Almeida Open Portugal

King Friedrich II of Prussia is famous for many things: His victories on the battlefield that made Prussia one of the leading European powers, his support of the arts, his endorsement of the Enlightenment - and for bringing the potato to Prussia and thus to Germany. While it's hardly imaginable today considering the Germans' love for all things potato, his subjects initially weren't too happy about this strange and exotic plant coming from South America. Friedrich the Great, locally also known as Old Fritz, introduced the potato to the Kingdom of Prussia in 1743. All throughout the 18th century, famines had ravaged Europe and led to the starvation of thousands of people. Friedrich recognised the affordable and nourishing qualities of the new vegetable previously only thought to be fit to feed animals. However, his people weren't having it. Despite royal orders, the Prussian people were reluctant to grow and eat potatoes.  But Old Fritz had a plan: First, he
Read more