The Best Castles and Palaces of 2016

December 23, 2016
Turns out I visited 19 castles and palaces this year. Instead of pondering the question whether you start calling it an addiction at this rate, let's have a look back at all of them and have a vote on which one you like most. (I purposely excluded all the museum and churches related to royalty, as that would have firmly established me as an addict...) 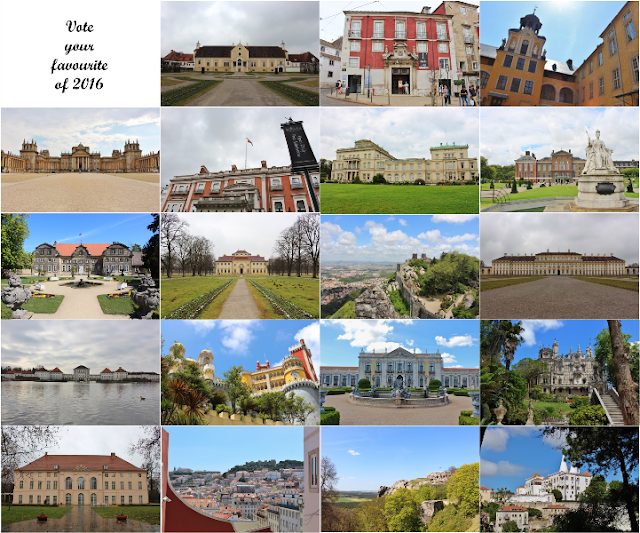 And now it's onto you: Which one of the castles and palaces I have visited this year ranks the highest up in your eyes? Cast votes for your three favourites below and also leave a comment why you made that choice, if you like! Voting will close on January 1, 2017. Have fun!