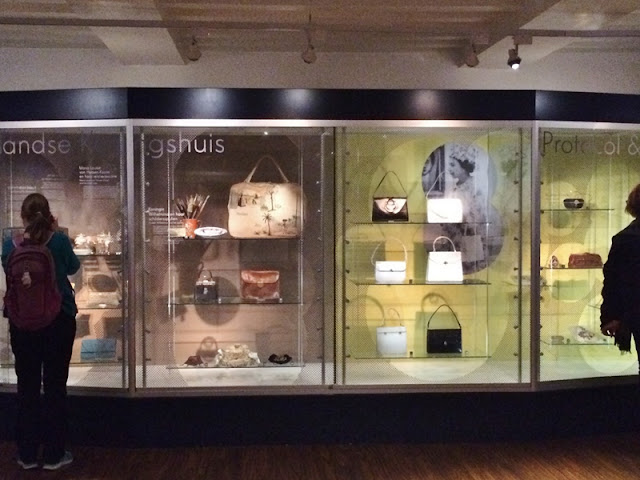 Curious about what royals have swinging from their arms? Then you will feel right at home at the Museum of Bags and Purses in Amsterdam. Until February 26, 2017, they will have a special exhibition entitled "Royal Bags" on show. "For centuries the royal families set the fashion style. Sovereigns were trendsetters in this area. Bags carried by royals would even become iconic, like the Kelly-bag carried by Princess Grace. Sovereigns’ fashionable outfits and accessories still fire our imagination. Hendrikje Museum of Bags and Purses in Amsterdam displays an exhibition on the sensational bags of European royal families. Royal Bags includes bags of Queen Elizabeth, Empress Sisi, Princess Grace and the Dutch royal family [...] Especially for this exhibition, Queen Máxima selected three bags from former Queen Juliana’s personal collection. In Royal Bags subjects such as fashion, etiquette, travelling and the functions of the royal bag will be presented." 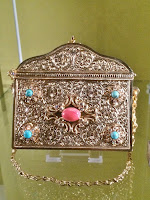 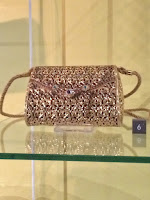 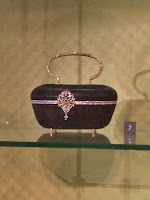 All my pictures may very well be crappy because the lighting was rather bad and I couldn't be bothered to get out the big camera as I wanted to enjoy the bags without fussing too much about taking pictures, but let's still have a closer look at some of them! On the left: A yellow gold evening back adorned with coral and turquoise studs, 44 diamonds and a golden chain once belonging to Princess Grace of Monaco. In the middle: A golden bag given to Queen Margrethe of Denmark by King Hassan II of Morrocco in 1988. On the right: A black evening back of jungle lianas with precious stones and a golden handle given to Queen Margrethe of Denmark by the Queen of Thailand in 2001. 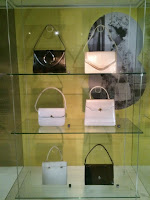 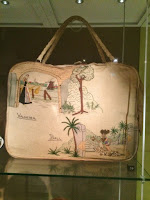 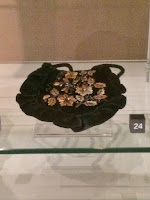 On the left: Six white and black leather handbags worn by Queen Elizabeth II of Great Britain and Northern Ireland. In the middle: A cotton bag with embroidery once belonging to Queen Wilhelmina of the Netherlands, who used it to keep her painting utensils. On the right: A black embroidered silk bag with flower motif, made by Queen Sophie of the Netherlands and given to Queen Emma. 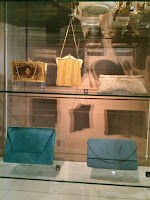 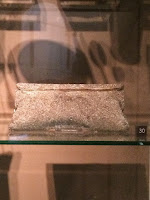 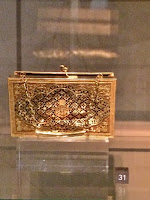 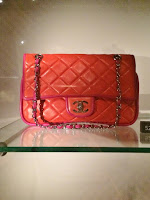 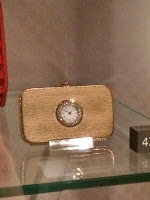 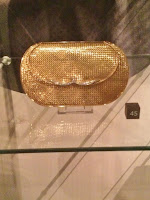 On the left: A 2007 Chanel leather bag. In the middle: A gold mounted leather bag inset on one side with a clock once belonging to Queen Alexandra of Great Britain. On the right: Lacloche golden woven evening bag with 35 diamonds once owned by Princess Grace of Monaco. 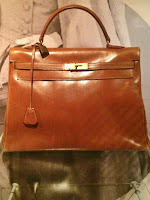 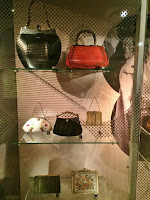 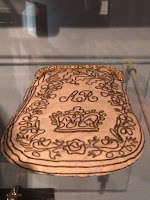 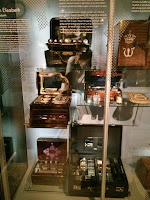 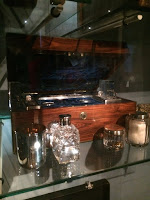 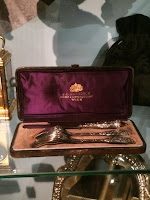 In all three pictures, to round off the exhibition: Travel toilets and travel cases belonging to Empress Elisabeth of Austria, Queen of Hungary. All in all, there were about 60 exhibits on loan from various royal families of Europe. Though I wished the exhibition would have been a bit larger, it was still nice to get to see some royal bags up close with my favourites definetely being all the golden ones. (Because yes, I am predictable like that.)

Good to know:
The "Royal Bags" exhibition will run until February 26, 2017. The Museum of Bags and Purses is open daily from 10am to 5pm except for January 1, April 27 (King's Day) and December 25. Admission per adult is 12,50 euros with 1,50 euros extra for the "Royal Bags" exhibition. For more information, have a look here.
Amsterdam Special Exhibition 2016 Special Exhibition 2017 The Netherlands