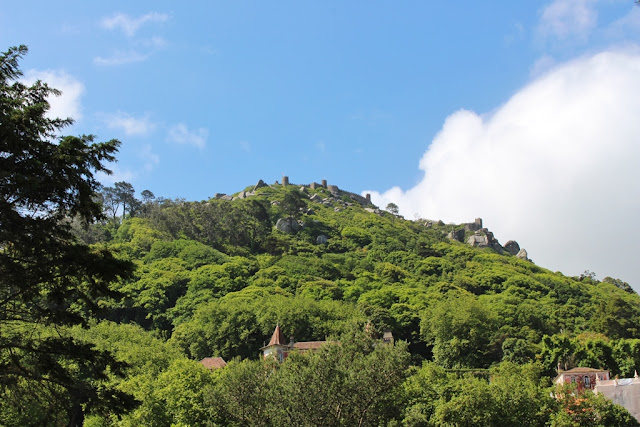 The oldest one of all of Sintra's castles is the Castelo dos Mouros or Castle of the Moors. As its name suggests, its history dates back to the times of the five-centuries-long Muslim rule over Portugal which ended in 1249. During the Middle Ages, the term "moors" referred to the Muslim inhabitants of the Maghreb, North Africa and the Iberian Peninsula who initially were Berber and Arab peoples of North African descent. It was them who built the fortification in the Sintra mountains in the 8th and 9th centuries to protect the surrounding areas. Calling it a castle these days might be a bit of a stretch as only ruins remain of the Castelo dos Mouros. Still, the breathtaking views are worth the visit alone. Somehow, there is something magical in climbing walls that are over a thousands years old. It seems unimaginable these days to what length they went to achieve such architectural feats. Just don't forget to take an extra jumper as it can get quite windy up there! 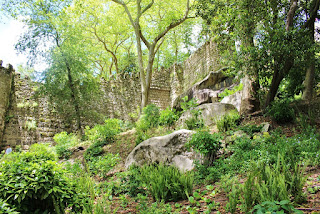 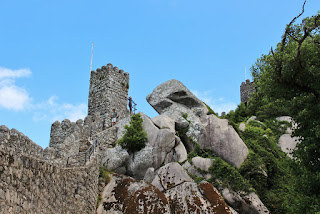 By the 10th century, the Castelo dos Mouros was part of the caliphate of Córdoba. After the loss of Córdoba to the rivaling Almoravid dynasty in 1031, the Muslim King of Badajoz chose to gift territories, among them Sintra, to the Christian King Alfonso VI of León and Castile in exchange for support against the Almoravid. However, the security was short-lived and the castle was soon lost for both of them to the Almoravid for now. A Christian crusade, led by King Alfonso VI, managed to recapture the castle in 1093 but the limited forces were driven out the following year. The castle flourished between the first and second Christian crusade and this was regarded as the high point of the Castelo's history. 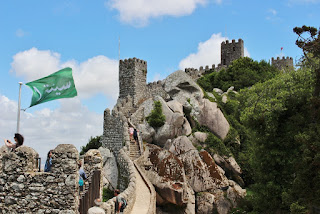 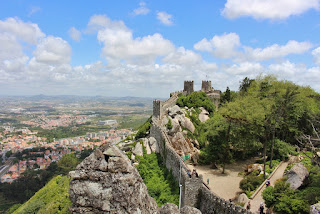 The fortifications of the Castelo dos Mouros were greatly enhanced but were not enough to repel the second much larger second Christian crusade in 1147. This crusader army was mostly comprised of drunks and thieves, who upon liberating Lisbon promptly sacked the capital. Early Portuguese kings strengthened the Castle of the Moors' defences but the royal court nonetheless favored Lisbon. Instead, Afonso Henriques, the first King of Portugal, entrusted the castle's security to some 30  inhabitants, granting them privileges in a charter signed by the monarch in 1154. The charter suggested that settlers should occupy and inhabit the castle, as a mechanism for guaranteeing the region's security and development. 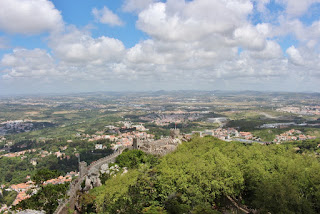 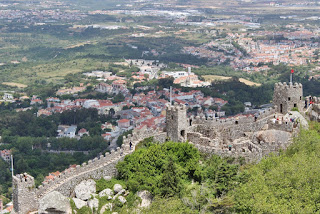 During the following two centuries, a number of changes were made at the behest of different kings. However, while the structure was well fortified by 1383, its military importance was progressively diminishing as, more and more, the inhabitants were abandoning the castle for the old village of Sintra. By the 15th century a small group of Jewish settlers were the only inhabitants. When the Jews were expelled from Portugal by King Manuel I the castle was completely abandoned. 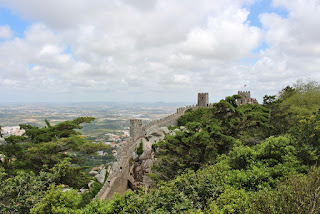 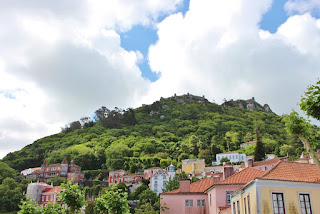 In 1636, a lightning bolt caused a massive fire that wrecked the central keep while in 1755 the devastating earthquake that hit the entire region leveled much of the walls and battlements. At the time, the Castelo dos Mouros was so insignificant that it was not even considered in the plans to rebuild after the earthquake. We probably wouldn't know much about it today if it weren't for King Ferdinand II of Portugal. The German-born consort of Queen Maria II was pretty much obsessed by art, drama and the good life - he romanticised the middle ages and ordered the reconstruction of the castle to be viewed from the Palácio de Pena nearby, another place he saved from ruins. He consolidated the walls, reforested the spaces, created nooks and manicured spaces and conserved the chapel - much of it still available to be viewed by the public today.


Good to know:
The Castelo dos Mouros is open to visitors every day of the year except for December 25 and January 1. Opening times vary between the seasons: In the summer season, the castle is open between 9.30am to 8pm or 10am to 6pm in the winter season. Admission per adult is eight euros though there are various combination tickets with other Sintra sights available. For more information, have a look here.
Almoravid Bragança Lisbon Region Moors Open Portugal Umayyad