As ever: Spoilers ahead! 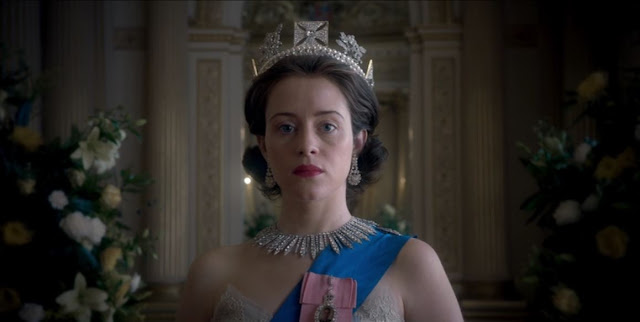 We start the final episode of the first season of "The Crown" with another flashback to the time of the abdication crisis. King George VI makes his daughters, Elizabeth and Margaret, promise that they will never let anything or anyone come between them. We all know that isn't working out particularly well in the current. Margaret is now 25 and wants to finally tie the knot with Peter Townsend. It turns out that she still can't do so without the consent of both houses of parliament and another year of waiting. A storm brewing even harder with the thunder just around the corner.

To calm down another storm, the Queen Mother proposes the idea of Prince Philip going to Australia to open the Olympics. When Elizabeth breaks the suggestion to him, Philip is less than thrilled to be away from his wife and children for such a long time. He thinks that he knows what it is all about. Everyone wants him gone and preferably either not come back or return a changed man. After all, the Queen Mother thinks that he is taking out his frustrations on his son Charles. At least Philip and Margaret understand each other's troubles. "Think like a human being and sister and not the head of state," Philip says at one point.

Also in this tenth episode, the most unlikely phone call happens. After Elizabeth speaks to the Prime Minister and high-ranking church officials, it seems highly unlikely that Margaret will be able to marry Peter Townsend and stay a member of the royal family. She then talks to her uncle, the Duke of Windsor, what he thinks of the whole thing, "I share with her the fate of having a great love that captured much of the country's imagination, only to have it forbidden by the establishment. So, naturally, my sympathy is with her. (...) But there is also the other great love of my life... the Crown. And protecting that crown. And I imagine you find yourself in a difficult position now. Split down the middle, one half is sister, one half is Queen. (...) We are half-people. Ripped from the pages of some bizarre mythology, the two sides within us, human and crown engaged in a fearful civil war, which never ends. (...) I understand the agony you feel and I am here to tell you, it will never leave you. I will always be half-King. My tragedy is that... I have no Kingdom. You have it and you must protect it."

And so she does. Elizabeth tells Margaret that as a sister she would have supported her and gone through with it "but I realised as Queen that I have no choice, I cannot allow you to marry Peter and remain part of this family." However unlikely, bringing the Duke of Windsor into play in this decision brings out what a big deal a possible marriage between Princess Margaret and a divorcee was recalling the abdication crisis of 1936. It also goes to show how a monarch who puts himself before his or her constitutional position will end up as.

And this is the essence of the whole first season of "The Crown": The institution of monarchy must always be put first. The people behind it don't matter as much. "Don't dress up betrayal as a favour", Philip tells his wife and that is what it must feel like for Margaret and Philip himself. With Elizabeth becoming the Queen, all three of them have become chess figures in a play greater than their own lives. While her famous portray is taken, the photographer Cecil Beaton says, "That's it, there. All hail sage Lady, whom a grateful Isle hath blessed. Not moving, not breathing. Our very own goddess. Glorious Gloriana. Forgetting Elizabeth Windsor now. Now only Elizabeth Regina. Yes."

Over the course of this season, Elizabeth Windsor has turned into Elizabeth Regina, just as her grandmother had asked her. "The crown must always win", Queen Mary also said and it seems that no personal costs are too high. Princess Margaret is broken, Prince Philip will be in Australia for five months, and Prime Minister Eden cannot go by without massive amounts of pills and whatever it was he injected into his arm during the last few minutes of the episode. It will be an interesting second season, that's for sure. I hope Claire Foy and Matt Smith, especially in the later episodes, will continue to give us excellent performances for they and the script have given us - despite some historical inaccuracies - a good complex and mostly credible portrayal of the people behind the institution that is "The Crown".
CastleDrama