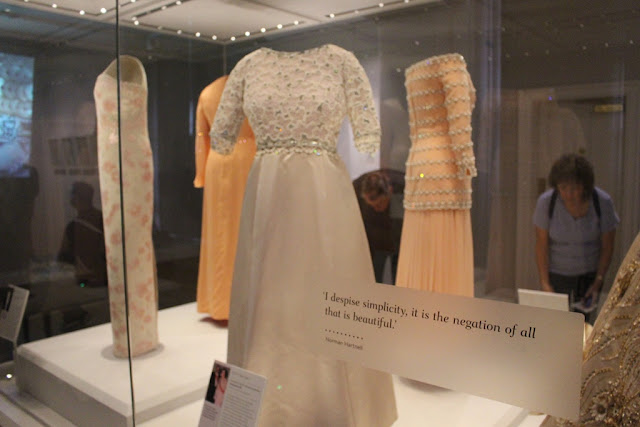 "I despise simplicity, it is the negation of all that is beautiful." (Norman Hartnell) And whoever likes to look at beautiful dresses will feel right at home in the British capital this year there being a number of exhibitions about royal clothing. One of them is "Fashion Rules Restyled" at Kensington Palace. 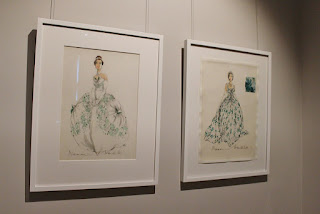 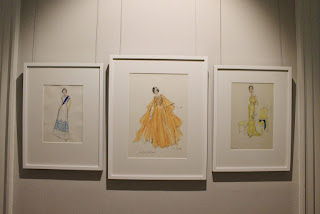 "Fashion Rules Restyled" sets out to "explore how three royal women, HM Queen Elizabeth II, Princess Margaret and Diana, Princess of Wales navigated the fashion ‘rules’ defined by their royal duties in unique style and set their own rules, which in turn overtly lead fashion and taste." 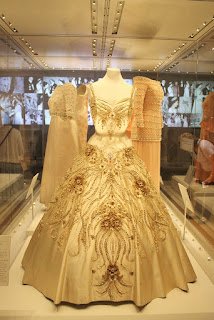 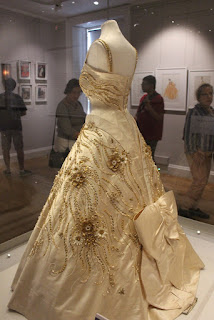 The exhibition includes some 18 couture dresses by various designers worn by Queen Elizabeth II, her sister Princess Margaret as well as her former daughter-in-law Princess Diana. This one above by Norman Hartnell certainly is the star of the show: You know you are at a royal exhibition when even the dresses sparkle! 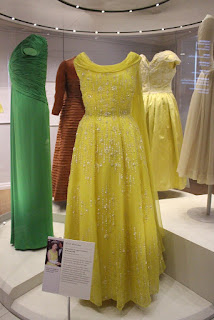 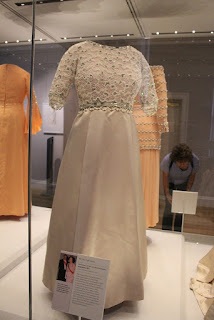 On the left: A 1978 Ian Thomas dress made out of silk organza with beading worn by Queen Elizabeth II on a state visit to Germany. On the right: A Hardy Amies dress made in 1972 worn for a state visit to France as well as the Queen silver jubilee's official portrait a few years later. 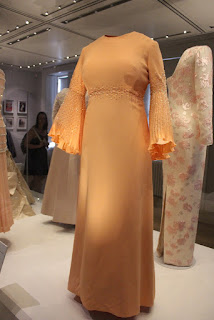 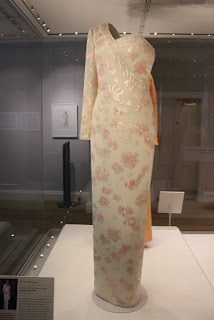 On the left we have another Ian Thomas creation for Her Majesty. Made in 1974, she wore it two years later to the Royal Opera. The dress on the right was a Catherine Walker creation for Princess Diana worn in 1991. 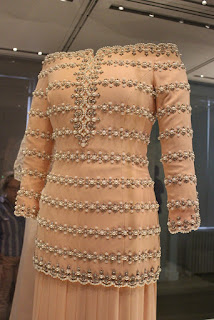 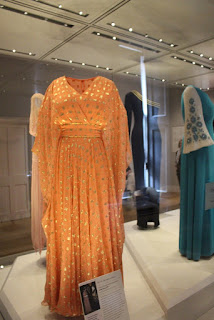 Left: Another dress of Princess Diana though I unfortunately failed to take a picture of who its designer was. On the right is one of the Queen's dresses. Made by Hardy Amies, she wore it on a state visit to Bahrain in 1979. 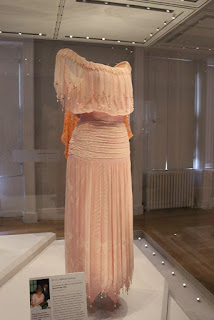 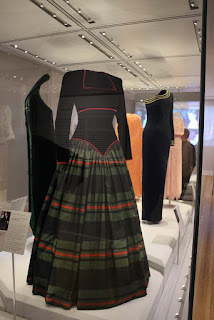 Here we have two dresses once worn by Princess Diana. Left: Zandra Rhodes for Diana, Princess of Wales, who wore the dress for a visit to Japan in 1986. Right: A Catherine Walker evening dress, worn in 1990 in Balmoral and to the National Gallery in Scotland. 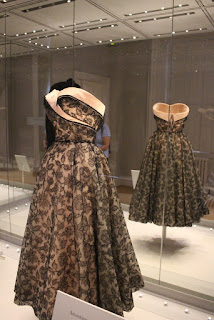 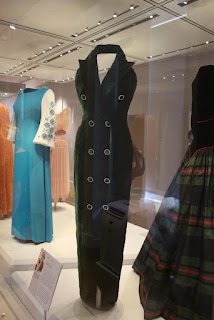 And to finish off: A 1950's Norman Hartnell dress for Princess Margaret, worn by the Queen's sister at a performance of Guys and Dolls at the London Coliseum, 1953, as well as a rather famous dress by Princess Diana. She wore the silk velvet evening dress by Catherine Walker for the Vanity Fair photo shoot with Mario Testino in 1997.

Good to know:
The "Fashion Rules Restyled" exhibition at Kensington Palace runs until January 3, 2017. It's part of the regular tour of Kensington Palace, to which we will get in the coming weeks. For more information, have a look here.
London Special Exhibition 2016 United Kingdom Windsor