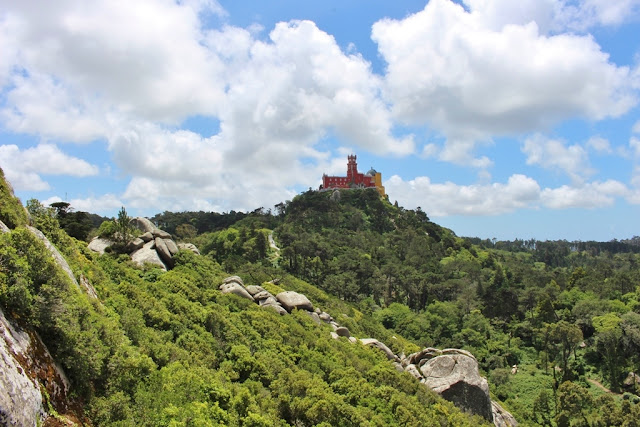 If there is one thing the Portuguese town of Sintra isn't, it's poor in castles - with the most famous one of them being the Palácio Nacional da Pena. And what shall I say? Move over Neuschwanstein, there is a new fairytale castle in (my) town. The Palácio Nacional da Pena owes its existence to King Ferdinand II of Portugal. Born a prince of the German House of Saxe-Coburg and Gotha, he was the husband of Queen Maria II. 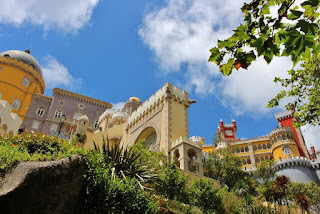 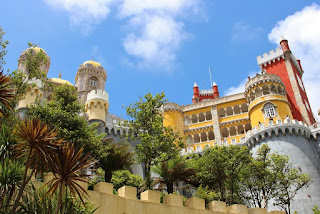 In 1838, a year after he became king consort upon the birth of his son, be bought a monastery and the surrounding grounds in the place Pena Palace now stands in a public auction. In the 12th century, a chapel dedicated to Our Lady of Pena had been erected on said hill. The chapel was turned into the Royal Monastery of Our Lady of Pena by King Manuel II in 1503. It was damaged heavily during the 1755 earthquake and abandoned a good 80 years later when religious orders were abolished in Portugal. 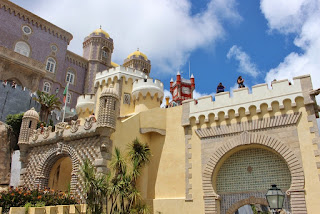 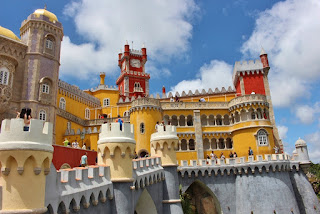 While history would have probably forgotten about the ruined monastery in the Sintra mountains, the young Prince Ferdinand took an instant liking to the place. After acquiring it in 1838, he set out to transform the place into a summer residence for the Portuguese royal family. Only a year later, restoration works on the monastery started but Ferdinand changed his mind and in 1843 the construction of a new palace started. The commission for the rebuilding was given to Lieutenant-General and mining engineer Baron Wilhelm Ludwig von Eschwege. 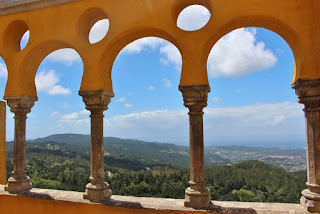 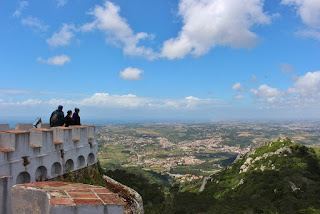 Eschwege was a well-travelled amateur architect who had followed the Portuguese royal family into their Brazilian exile years earlier. In addition to being a military officer, he was also considered one of the most knowledgeable diamond experts of his time. He and Ferdinand drew inspiration for Pena Palace from several castles along the Rhine river, Schloss Hohenschwangau in Bavaria and the Prussian Schloss Babelsberg. What came out of it was a Romantic dream straight out of a fairytale. 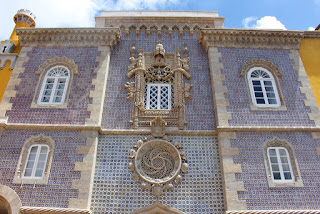 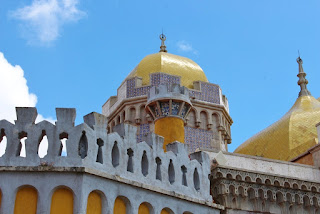 In fact, the Palácio Nacional da Pena is the greatest expression of 19th-century romanticism in Portugal. The palace shows clear influences of the Manueline and Moorish styles of architecture thus reflecting Portuguese history and the country's cultural heritage. Out came a seemingly exotic wonderland that doesn't seem to have anything twice, at least from the outside. From the inside, it's surprisingly habitable. 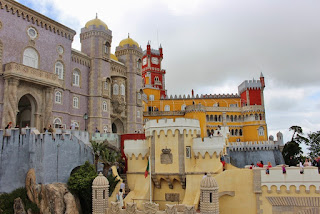 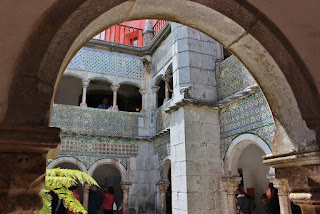 King Ferdinand II turned the former monastery into residential rooms and 14 rooms on the upper floor were converted into more spacious ones with vaulted ceilings. In an interesting move, he ordered the cloister galleries to be enclosed and given glass windows to function as a corridor, thus giving everyone more privacy. Work on the palace was almost completed by 1847 though they officially continued until 1854, a year after the death of Queen Maria II, who died at the age of 34 while giving birth to her eleventh child. 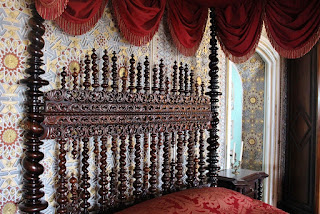 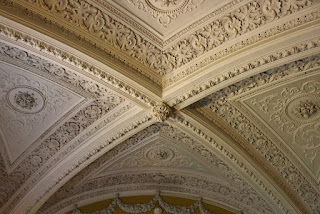 Six years after his wife's death, King Ferdinand first saw Swiss-born American actress Elise Hensler perform in Giuseppe Verdi's opera Un ballo in maschera in Lisbon and began courting her. Even though he only married her morganatically in 1869, the Countess of Edla, as she was created by the Duke of Saxe-Coburg and Gotha, had a great influence on the creation of the park surrounding the Palácio Nacional da Pena. It was also the Countess of Edla who inherited the palace after the death of King Ferdinand in 1885. She later sold it to the Portuguese state. 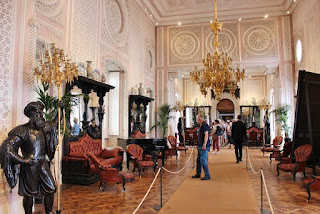 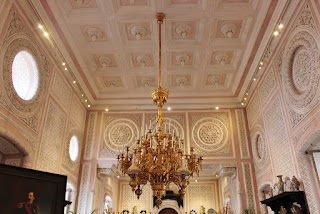 King Carlos I and Queen Amelia spent part of the summer season at the palace each year. After the assassination of King Carlos and their oldest son, Crown Prince Luis Filipe, in 1908, the Palácio Nacional da Pena became kind of a refugee for her and her other son, the new King Manuel. It was at the palace where Queen Amelia received news of the proclamation of the Republic of Portugal in 1910. She spent her last night in the country at Pena Palace before leaving for exile. She returned once again in 1945 for a few hours. In the meantine, the Palácio da Pena had become property of the state - and that's what it remains to this day. 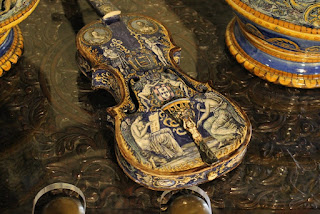 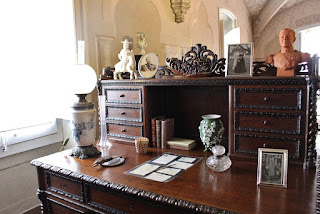 Good to know:
The Palácio Nacional da Pena and the surrounding park are open to the general public every day of the year, except for December 25 and January 1. Opening times vary between the seasons, during the summer season the park opens at 9.30am and closes at 8pm, the palace opens 15 minutes later and closes at 7pm. Admission for the park and palace is about 13 euros though there are various combination tickets available with the other sights in Sintra. As the palace is located on the edge of Sintra and quite far up a hill, it's easiest to go there by bus. For more information, have a look here.
Bragança Open Portugal Saxe-Coburg-Gotha