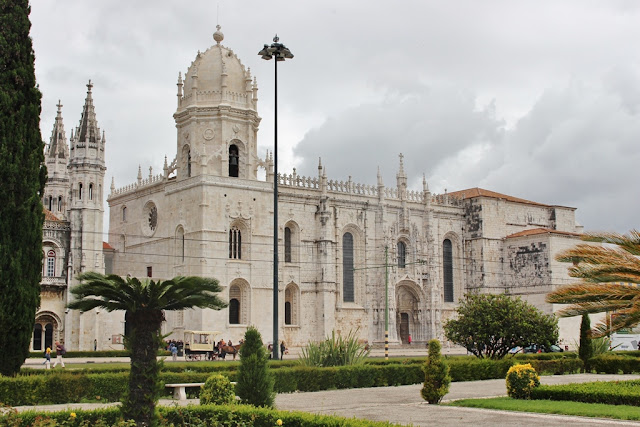 On my third day in Portugal I visited Belém, home of not one but two UNESCO World Heritage sites as well as some very tasty pastries. 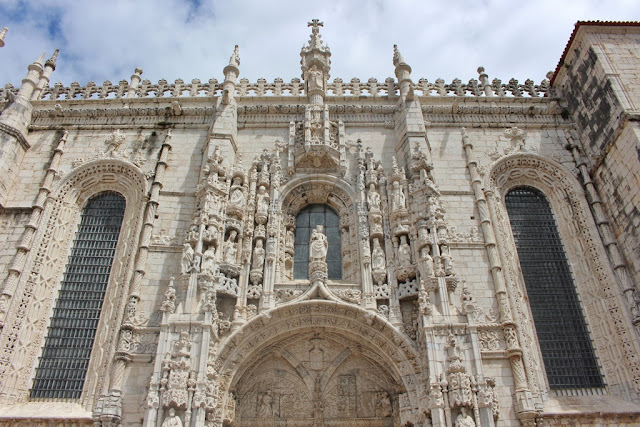 One of the two World Heritage sites is the Mosteiro dos Jerónimos. The monastery, including a church, is one of the most prominent examples of Portuguese Late Gothic Manueline style. King Manuel I of Portugal built it in 1502 on the site of a church dedicated to Santa Maria de Belém founded by Prince Henry the Navigator, where Vasco da Gama and his crew spent their last night in Portugal in prayer before leaving for India. (Phew, long sentence!) 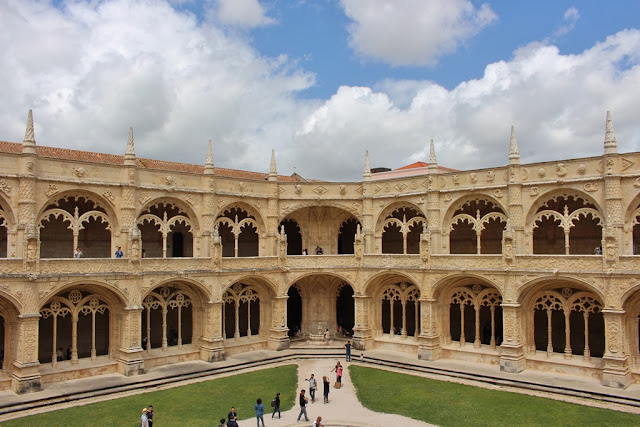 The Mosteiro dos Jerónimos was built to commemorate Da Gama's voyage and give thanks to the Virgin Mary for its success. His tomb can also be found in the church. The heart-stealer of the show though certainly is the cloister: Oh, the prettiness! 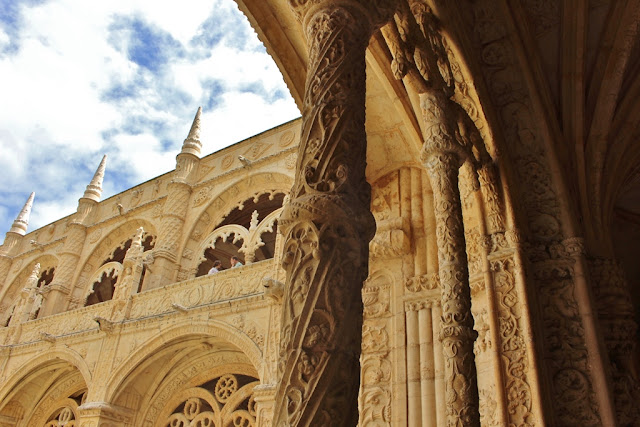 So. Many. Details. I think I took approximately 100 pictures just of all the magnificent columns carved with maritime motifs such as rope, sea monsters and corals. 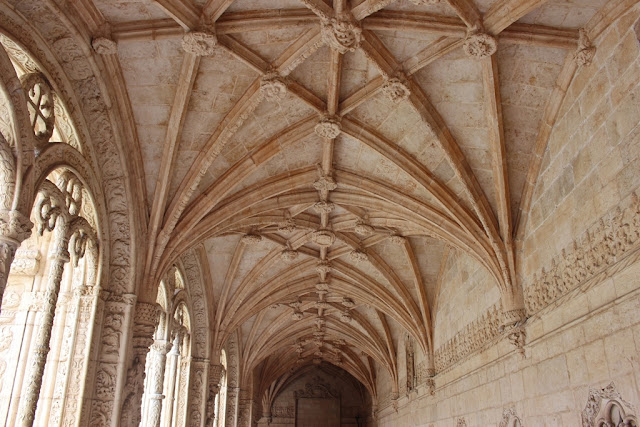 It's simply amazing to think that people were able to produce something like this with the limited tools they had in the 16th century. 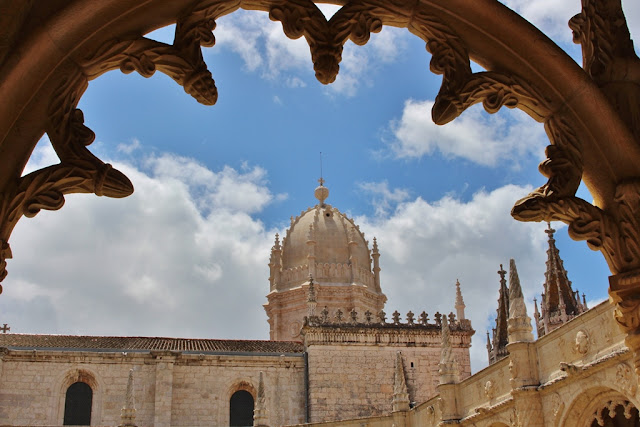 And I'm not too sure what to say beneath this one but I just wanted to sneak in another picture of the beautiful architecture of the monastery. 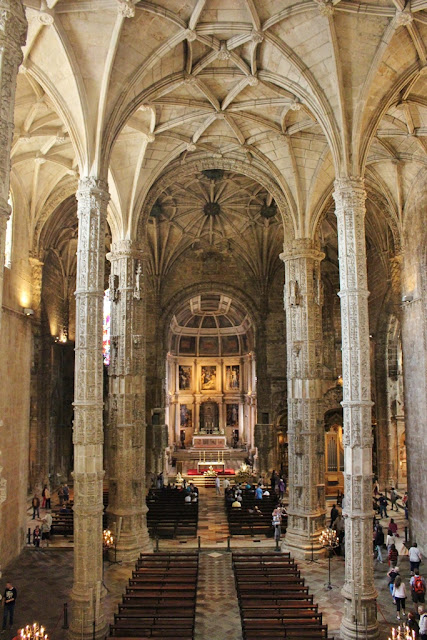 A view of the church's main chapel to round things off. 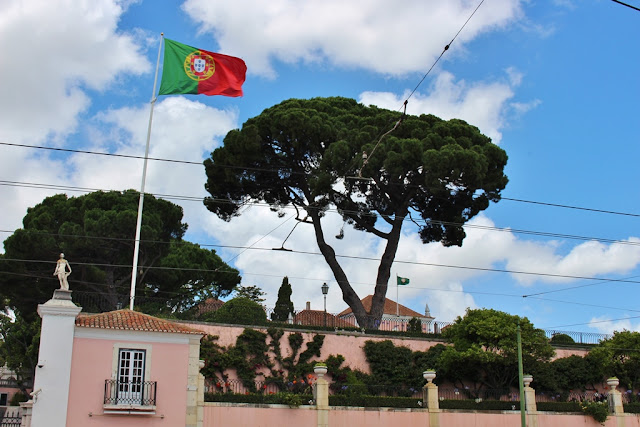 Next up was a glimpse of the Palácio Nacional de Belém, a former royal residence and now the home of the President of Portugal. 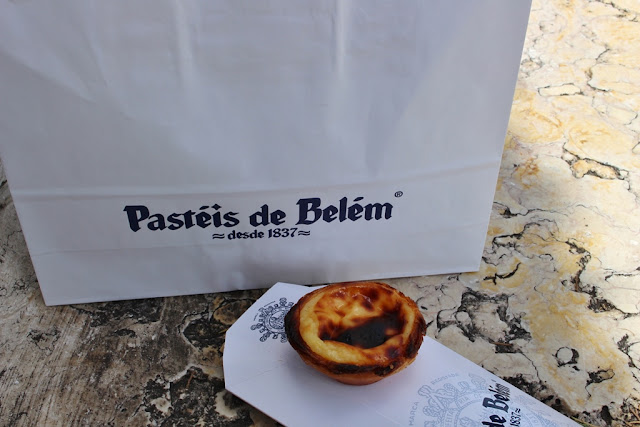 And then a sin for lunch. The Pastéis de Belem simply are the best pastéis de nata out there - and can it really be a sin if it tastes this good and the recipe was once created in the famous monastery next door?! 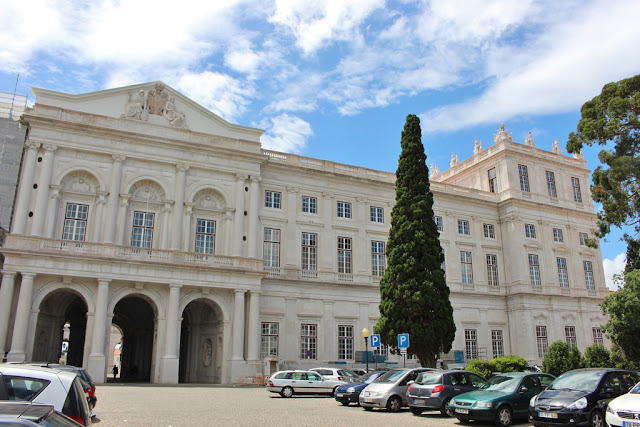 To walk off the calories I then made my way to the Palácio Nacional de Ajuda - well, or rather took the bus. Too bad though that I didn't check the opening times in advance. Turns out, the palace that houses all the state dinners of the Portuguese republic is open all days but Wednesdays. And of course I was there on a Wednesday. 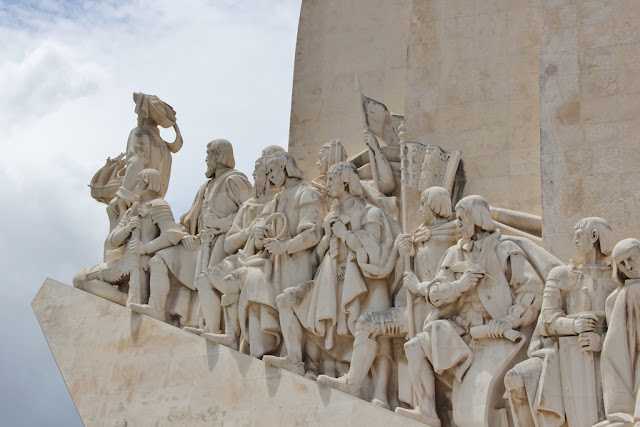 With the extra time on my hands, I actually did make the way back to the Tejo by foot. I really like to discover the places I visit by foot when time allows. You get a so much better feel for area - and it wasn't actually that far to the river. 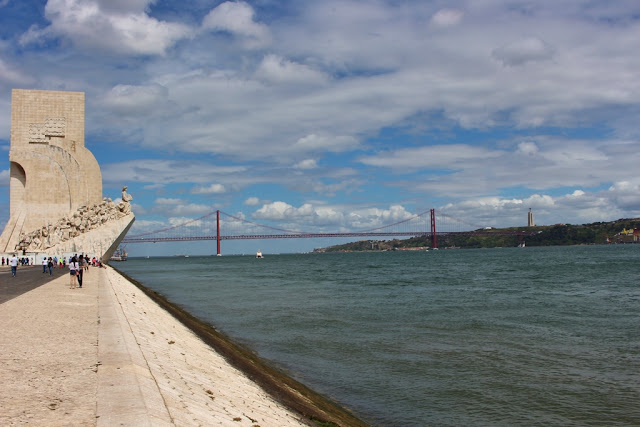 Arriving at the river, I did get a good view of a monument of a very special kind. It's big, to say the least. The Padrão dos Descobrimentos was built to celebrate the age of discovery during the 15th and 16th century. Portraying 33 people of the age, it was built during the time of the Estado Novo regime of António de Oliveira Salazar. 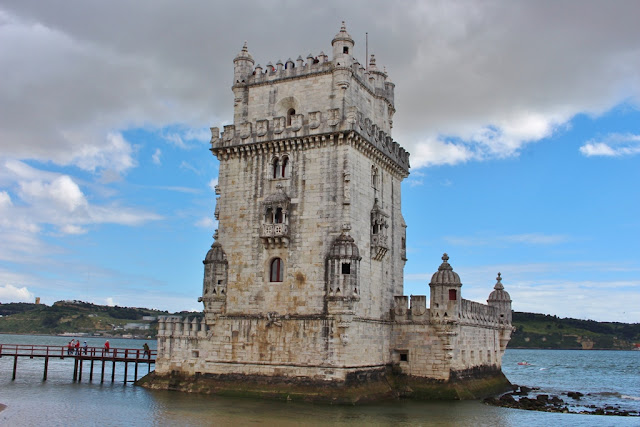 About a kilometre further down the Tejo is the Torré de Belém, the other UNESCO World Heritage site in Belém. The tower was commissioned by King João II to be part of a defence system at the mouth of the river and a ceremonial gateway to Lisbon. 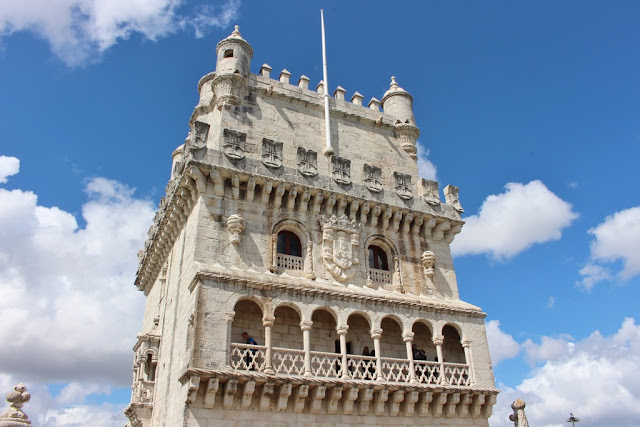 And it is another Manueline dream. Again: So. Many. Details. 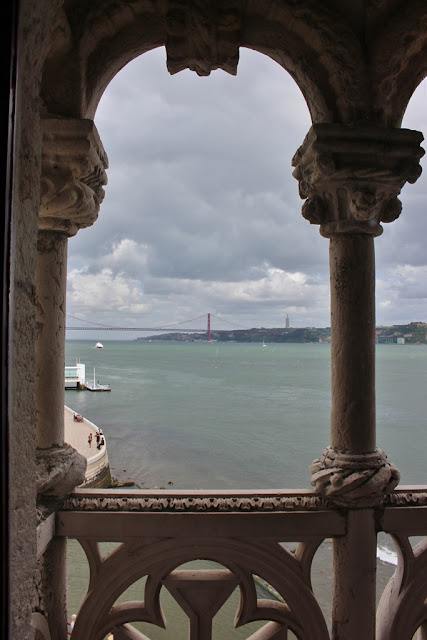 Which also offers another great view of the Christo Rei statue as well as the Ponte 25 de Abril because this wouldn't a post on my Portuguese holiday with some awesome views! And those views will lead to a fairytale come true in the next post. Until then, have a good evening (or morning, afternoon or night, depending on where you are).
Aviz CastleTravel Church Portugal Portugal 2016