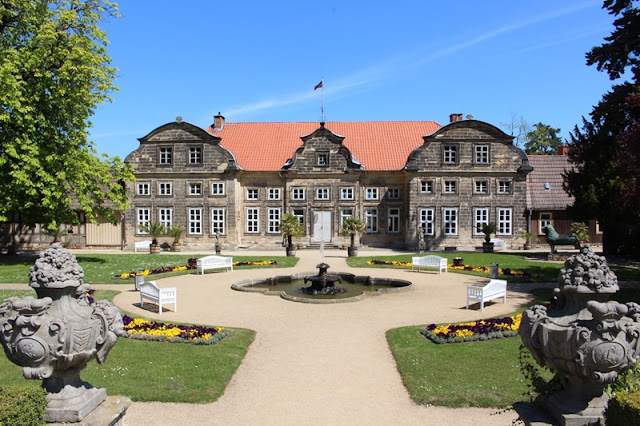 Hello castle lovers! After some drama and playing favourites, it's time for a new palace for Confessions of a Castleholic and the small palace of Blankenburg, or Kleines Schloss in German, it shall be. (And yes, we'll also cover the big one, usually known as Schloss Blankenburg, in one of our upcoming posts as well.)

In 1707, the second son of Duke Anton Ulrich of Brunswick-Wolffenbüttel, Ludwig Rudolf, received the city of Blankenburg and soon made it his and his family's home. He, his wife, née Princess Christine Luise of Oettingen-Oettingen, and their four daughters resided in the aforementioned bigger castle. But because one castle sometimes simply isn't enough, the idea for the Kleines Schloss was born. 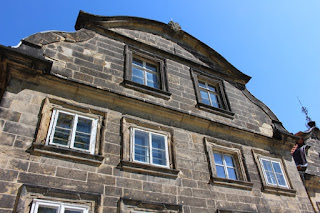 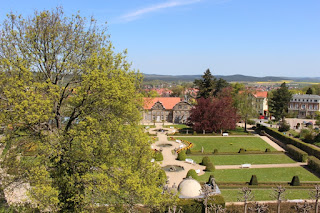 Construction on the Baroque beauty spot began around the year 1725. The originally half-timbered building was intended to be used as an orangery and garden house by the Guelphs residing in Blankenburg. At the same time, a Baroque garden was arranged to bridge the difference in altitude between this smaller palace and the more famous Schloss Blankenburg.

However, Blankenburg's time as a residence ended abruptly only six years later. In 1731, Ludwig Rudolf's childless brother August died and Ludwig Rudolf became the ruler of the Principality of Brunswick-Wolfenbüttel. During the following years, there were a number of additions and alterations and the purpose of the palace changed as well. In 1765, the building received its sandstone facade and thus a more palace-like look. It was henceforth known as the Kleines Schloss. 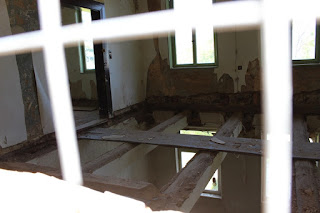 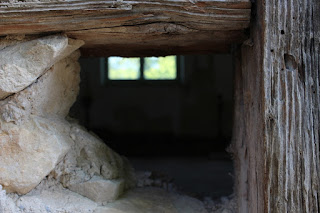 After Blankenburg had lost its status as a residence, the small palace became the home of several high ranking officials and, at the beginning of the 20th century, even the family of the Duke of Brunswick-Luneburg at times. The more recent history, however, wasn't the kindest one to the Kleines Schloss. Blankenburg is located in the German state of Saxony-Anhalt meaning that it was part of the German Democratic Republic for a good 40 years.


Like Schloss Werningerode and Schloss Stolberg have shown us before, the Socialist government didn't put an emphasis on the upkeep of historical buildings, to say the least. And so the small palace also fell into ruins - and some parts of it remains to this day. While the central section was renovated and now houses the tourist information and a hall you could rent to have your wedding, some of the side parts still show the toll time has taken on them.

Good to know:
The Kleines Schloss in Blankenburg doesn't seem to be generally open to the public, at least it wasn't when I visited and I'm not able to locate anything certain online. The opening times you tend to find are those of the tourist information. Entry to the lovely gardens are free.
Germany Guelphs Harz Park Saxony-Anhalt