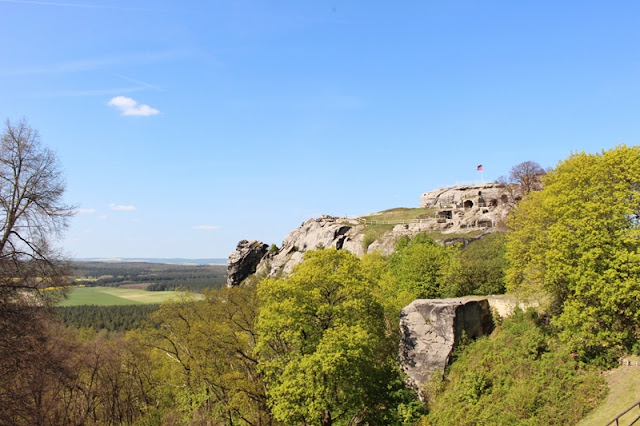 Sorry for being kinda M.I.A. lately. Lucky for you (and me) that action also included seeing a few castles. Case in point: Burg Regenstein. The ruined castle lies about three kilometres north of Blankenburg, a small town in the German state of Saxony-Anhalt. Surrounded by lush green forests, the castle was built on a 294 metre high sandstone rock towering over the surrounding area. Once a strong fortress, only a number of internal rooms carved into the stone as well as parts of the keep remain to this day. 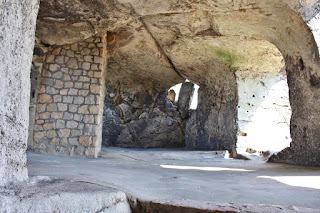 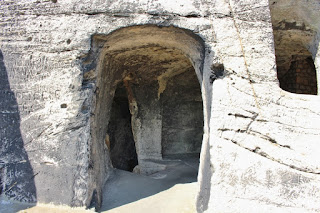 Burg Regenstein was firstly mentioned in 1169. Already seven years prior, Konrad, son of Count Poppo I of Blankenburg, was mentioned as Comes de Regenstein for the first time. However, it was Count Albrecht II of Regenstein who made the castle kind of famous: During the 1330's, he had various disputes with the Bishop of Halberstadt and the Abbess of Quedlinburg, two of the nearest towns. He was later immortalised in the ballad Der Raubgraf (the robber count) by Gottfried August Bürger and the novel by the same name by Julius Wolff. When the counts of Regenstein moved to nearby Blankenburg during the 15th century, Burg Regenstein fell into a state of disrepair. The last male descendant of the counts died in 1599. 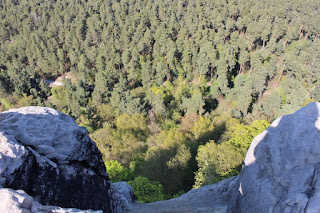 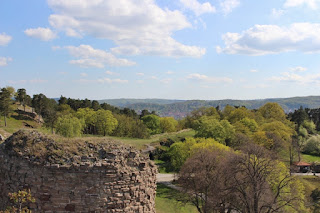 Afterwards, ownership of the castle changed a number of times. During this time, Regenstein was occasionally called either Rheinstein or Reinstein. In 1643, Archduke Leopold Wilhelm of Austria, the Bishop of Halberstadt, gave the Burg has a fiefdom to Count Wilhelm of Tattenbach, whose family started to call themselves Counts of Reinstein-Tattenbach. In 1671, Count Hans Erasmus of Reinstein-Tattenbach was beheaded in Austria for being part of the Magnate conspiracy, an attempt to throw of Habsburg influence over Croatia and Hungary - and his family's county and castle were subsequently confiscated by Elector Friedrich Wilhelm of Brandenburg. 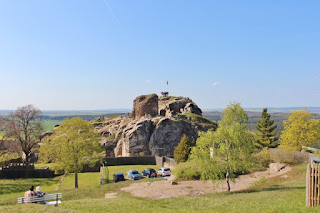 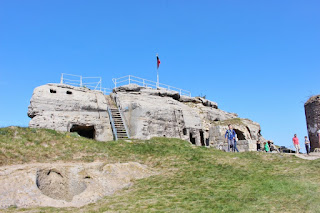 Afterwards, the medieval castle was expanded into a fortress by the Prussians. A quick historical run-down: In 1677, the fort became a garrison. By 1742, the length of its outer perimeter was extended to 1,200 metres. In September 1757, the Regenstein garrison had to be turned over to the French but was recaptured by the Prussians only five months later. However, they soon rendered the fortress unusable by blowing up the powder magazine, among others. After the Congress of Vienna of 1815 until the end of the Second World War in 1945, Burg Regenstein became the smallest Prussian exclave in Guelph-ruled Brunswick territory. (Well, until the end of the monarchy it was Guelph-ruled, at least.)

Good to know:
Already in 1812, Burg Regenstein - or what remains of it - was turned into a touristic destination. It's open daily between April and October from 10am to 6pm. From November to March, the Burg can be visited Wednesdays to Sundays between 10 am to 4pm. Views from the top are spectecular yet nothing for the faint-hearted and people with fear of heights! (Seriously.) Admission is 3 euros per adult. For more information, have a look here.
Germany Habsburg Harz Hohenzollern Open Prussia Regenstein Ruin Saxony-Anhalt Tattenbach