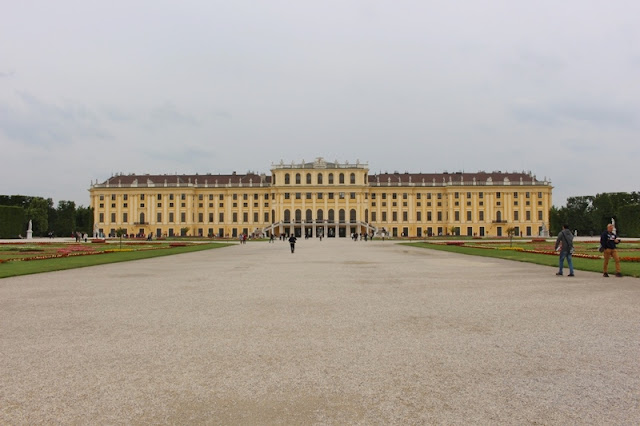 Let's pause my Munich adventures for one of the most famous palaces of them all: Schloss Schönbrunn. Yes, shame one me - I haven't yet covered all the royal sights I saw during my trip to Vienna in May of last year (and even greater shame, not all castles I visited before that). I could vow to better myself but you know, I know myself, so let's just see how I roll in the coming weeks...

Schloss Schönbrunn, the summer residence of the Habsburg family, is one of Vienna's and all of Austria's most famous sights. Last year alone, 3.6 million people visit the palace in the 13th district Hietzing. 3.6 million visitors also means that it is quite a crowded place, even on a rainy day, and you don't really walk through the first few rooms of the palace tour but you are instead pushed as part of a bulk. But good news, it does get better. After all there are 1,441 rooms in the Baroque palace though you only get to see about 40 of them. 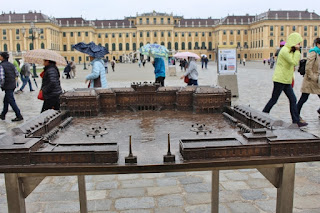 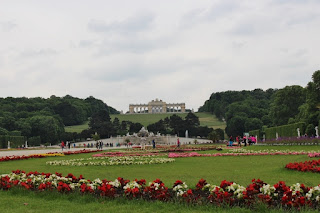 Despite what its Baroque appearance might suggest, the history of Schönbrunn goes back much further than the era today's palace was built in. In the year 1569, Holy Roman Emperor Maximilian II purchased a large floodplain of the Wien river beneath a hill, where a former owner, in 1548, had erected a mansion called Katterburg. The following decades, it was used as a hunting ground taking its name from an artesian well the court took its water from. Schönbrunn meaning 'beautiful spring'.

Between 1638 and 1643, Eleonora Gonzaga, widow of Holy Roman Emperor Ferdinand II, had a palace added to the Katterburg. During the second siege of Vienna by the Ottomans and the following Battle of Vienna in 1683, the whole grounds were destroyed. Four years later, Emperor Leopold I commissioned a new representative building for his son and heir Joseph I. While Baroque architect Johann Bernhard Fischer von Erlach drew up plans that would have far surpassed France's Château de Versailles, the Austrian court could not afford the lavishness. Instead, they settled for a small(-ish) palace. 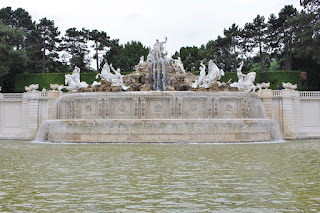 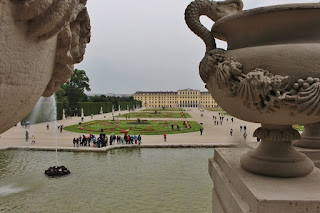 Schloss Schönbrunn was built between the years 1696 and 1701 on the remains of the former mansions. Since 1700, the palace was habitable though due to the War of the Spanish Succession not completely finished yet. Construction continued after the death of Leopold I by his son Joseph I though the original plans weren't fully carried out. After Joseph's death, the palace was inherited by his widow née Princess Wilhelmine Amalie of Brunswick-Lüneburg. She lived at Schloss Schönbrunn until 1722 and sold it to the imperial court six years later.

Her husband's successor and buyer of palace, Holy Roman Emperor Karl VI himself did not take a big interest in the Baroque ensemble and so, in 1740, he gifted it two his daughter and eventual heiress Maria Theresia, the only female Habsburg to ever rule in the dynasty's history. Maria Theresia made Schloss Schönbrunn the imperial summer residence, which it remained until the end of the monarchy in 1918. 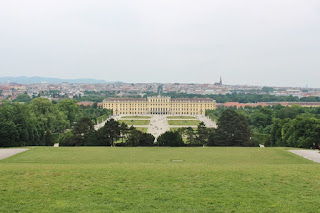 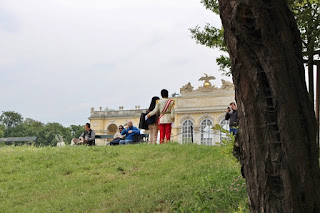 Between 1743 and 1749, according to plans by court architect Nikolaus von Pacassi, master builder and architect Ignaz Valmagini gave Schloss Schönbrunn a complete make-over. A storey was added and the interiors given a Rococo appearance. The palace theatre was opened in 1747 and housed concerts by Wolfgang Amadeus Mozart and Joseph Haydn.

Already in 1765, Early-Classicist architect Johann Ferdinand Hetzendorf von Hohenberg was introduced at court but after the death of her husband, Empress Maria Theresia didn't make any major changes to Schloss Schönbrunn for seven years. In 1771, Hohenberg erected the famous Gloriette, a monument designed to glorify Habsburg power and the "Just War", a war that would be carried out of 'necessity' and lead to peace. He also built several other garden structures. 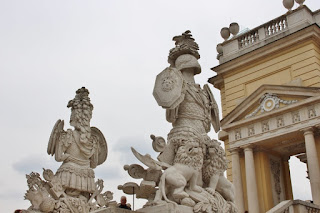 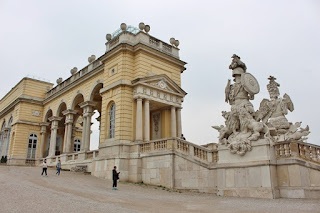 It was Empress Maria Theresia's grandson and last Holy Roman Emperor, Franz I, who commissioned the redecoration of the palace's exterior in the Neo-Classical style it appears in today. In 1830, Emperor Franz Joseph, who went on to rule the Austro-Hungarian empire for 68 years, was born at Schloss Schönbrunn. He spent much time of his life there. At first only in the summers, commuting to the Hofburg located in the city centre of Vienna for his work, and later also the winters. Emperor Franz Joseph, husband of the immortal Empress Elisabeth or simply Sisi, died at the Schloss aged 86 on November 21, 1916.

Two years later, the more than 600-years-long Habsburg rule came to an end. In 1919, the Republic of Austria became the new owner of Schloss Schönbrunn. In the following decades, the use of the palace was very varied. At one point or the other, it was a home for invalides, children or politicians. During the Second World War, the Gloriette became a flak tower and thus not very surprisingly, some parts of the palace and its surroundings were destroyed during air raids. 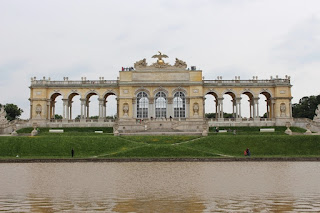 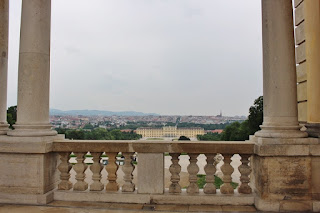 After the war, the part of Vienna Schloss Schönbrunn is located in first came under the influence of the Soviets and later the British, who had their offices at the palace as did the Allied Commission for Austria. They were the ones who commissioned the first repair works and prevented lootings of the palace. With the reestablishment of the Austrian republic in 1955, the palace became a museum though it was still occasionally the setting for political events such as a meeting between U.S. president John F. Kennedy and Soviet premier Nikita Khrushchev in 1961. In 1996, the UNESCO placed Schloss Schönbrunn and its gardens on the World Heritage List as a remarkable Baroque ensemble and example of synthesis of the arts (Gesamtkunstwerk).


Good to know:
Schloss Schönbrunn is open every day, all year. Opening times from April to June as well as from September to October are 8.30am to 5.30pm, between July and August the Schloss is open from 8.30am to 6.30pm as well as from 8.30am to 5pm between November and March. There are all kinds of different tickets for Schloss Schönbrunn. The Imperial Tour consists of 22 rooms and is 12.90 euros; the Grand Tour includes 40 rooms and costs 15.90 euros. Personally, I had the Sisi Ticket which also included admission to a number of other sights in Vienna. For more information, have a look here.
Austria Habsburg Open Park Vienna