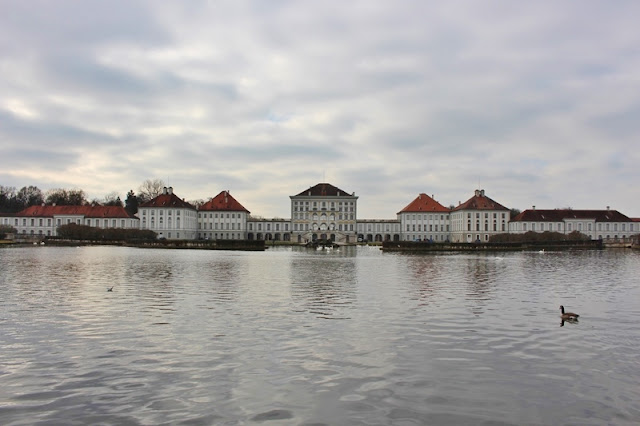 Turns out that reality is sometimes better than memories (and crappy old pictures). Case in point: Schloss Nymphenburg. The summer residence of the Wittelsbach family was built startig in 1665 according to the designs of the Italian architect Agostino Barelli. Located in Bavaria's capital Munich, it was commissioned by Elector Ferdinand Maria for his wife née Princess Henriette Adelheid of Savoy to celebrate the birth of their son and heir Max Emanuel, who you might recall from all the Schleißheim palaces. 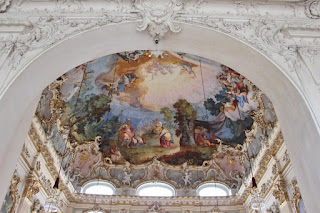 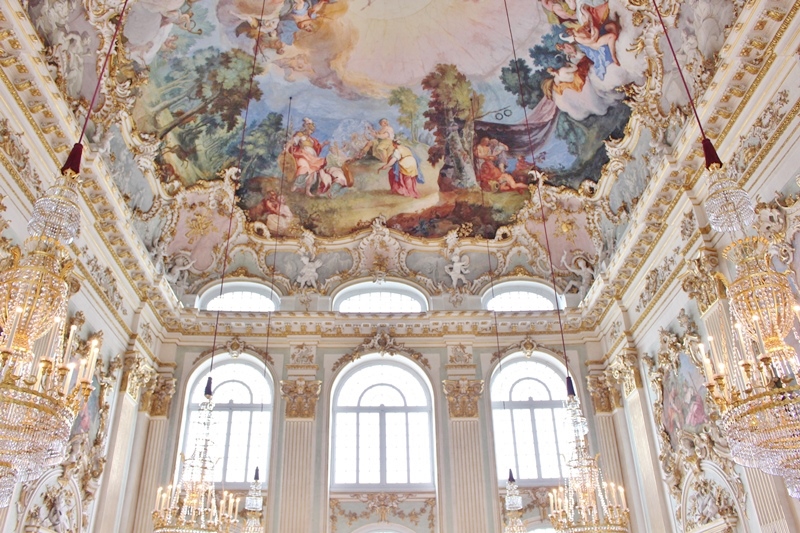 Each year from May to September, the Bavarian royal family and the entire court moved from the Residenz in the city centre to Schloss Nymphenburg with its extensive park and numerous pleasure pavilions (which were sadly closed at the time of the year I visited). And while it was Henriette Adelheid who had started to build the palace, it was her son Max Emanuel who gave it its current appearance with its easily recognisable five pavilions connected by galleries and flanked by huge side wings. 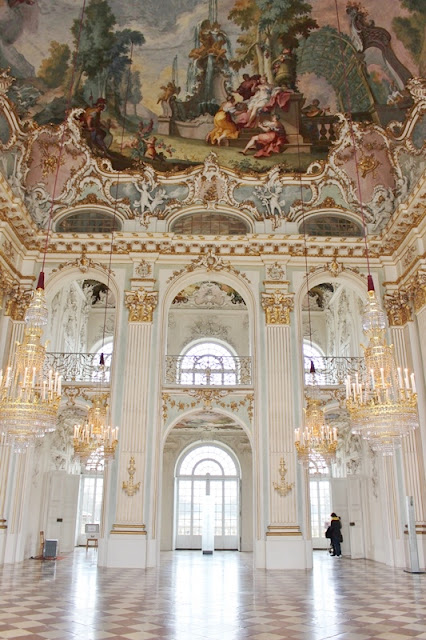 Initially, Schloss Nymphenburg only consisted of a large cubic pavilion, flanked by the court church on the left side, several outbuildings and a small, walled, geometrical garden. At the time, the new palace lay outside of the city of Munich and was surrounded by open countryside. The Wittelsbach family and their court enjoyed to hunt on the surrounding grounds during their spare time. As mentioned previously, Schloss Nymphenburg received its current appearance under Elector Max Emanuel, who reigned from 1680 to 1726. However, it was only after he returned from serving as governor of the Spanish Netherlands that he took an interest in the palace. 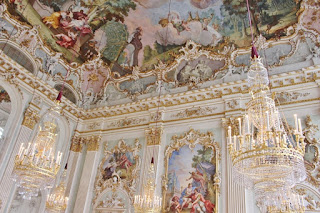 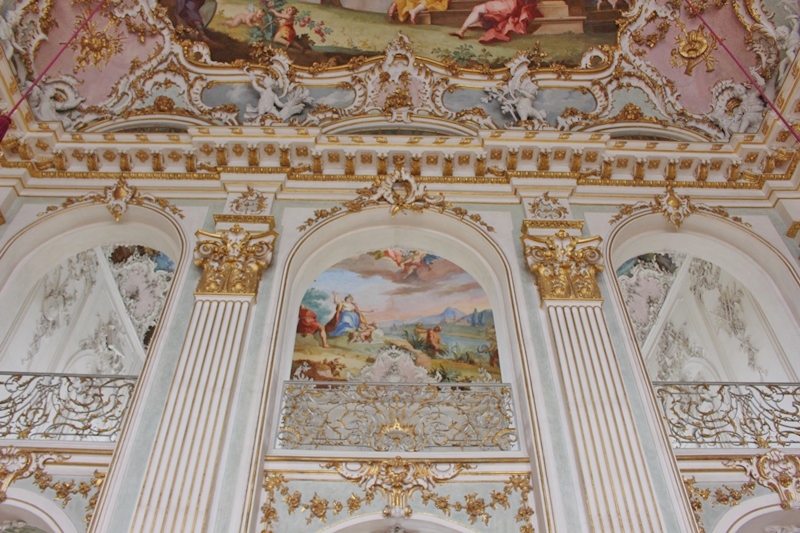 Starting in 1701, court architect Enrico Zucalli added two pavilions to each side of the already existing one and connected the buildings by galleries. A year later, construction management was put into the hands of Giovanni Antonio Viscardi as Zucalli started to work on the New Palace in Schleißheim. However, the Spanish War of Succession soon put a halt to the construction. Max Emanuel had aspired to become Holy Roman Emperor, a position held by the Habsburgs, but his attempts failed and so he had to live in exile between 1704 and 1715. 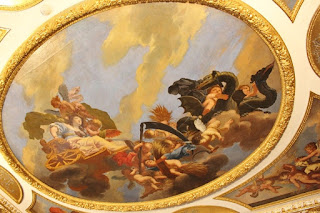 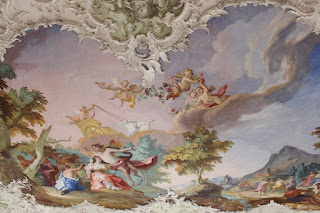 At first, Max Emanuel spent some time in the Netherlands and then moved to France where he lived in Paris and often visited the Château de Versailles. When he returned to Munich in 1715, he had numerous French and French-trained artists in tow. He employed them at Nymphenburg as well as several of his other palaces and castles including Dachau, Fürstenried and Schleißheim giving them all a make-over according to the latest French fashions. 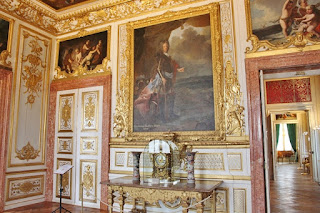 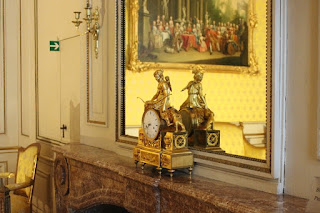 The most influential of these French-trained artists was Joseph Effner, the son of a court gardener from Dachau. Together with the French landscape architect Dominique Girard, he drew up an overall plan for Nymphenburg and the subsequent extensions were carried out in accordance with this plan. Effner gave the main pavilion a new exterior and also designed the apartments on each side of the Great Hall. 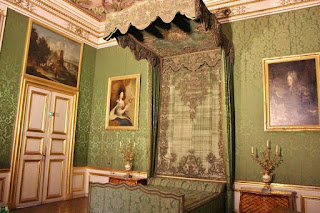 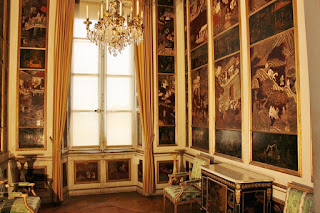 Max Emanuel's son Karl Albrecht, who went on to become Emperor Karl VII, continued his father's construction work on Schloss. He enhanced the complex by adding the palace’s crescent. Both palace and crescent were intended to form the centre of a planned "Carlstadt" ("Charles' Town"). The most famous of Karl Albrecht's commissioned works was the Amalienburg, a small Rococo-style palace in the gardens of Nymphenburg built by François Cuvillés the Elder, though. 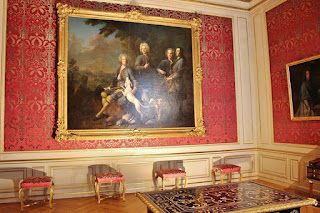 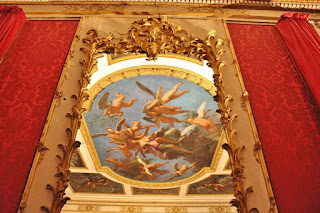 Schloss Nymphenburg's Great Hall, which can be seen in the first pictures of this post and clearly the star of the palace's show, received its current Rococo-style appearance under Elector Max III Joseph, who reigned 1745 to 1777. He commissioned François Cuvilliés the Elder and stucco worker Johann Baptist Zimmermann to do the work. At the same time, the gardens were also given a make-over. 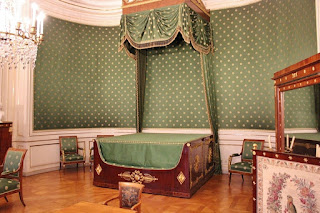 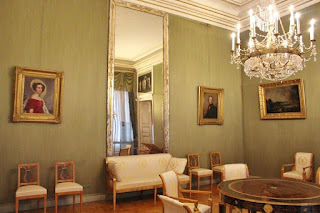 While he had otherwise little done to change the appearance of Schloss Nymphenburg apart from having the galleries widened to create new rooms, Elector Karl Theodor had a lasting impact by opening the palace's gardens to the public in 1792. Elector Max IV Joseph, who, as Max I Joseph, became the first King of Bavaria had many of the Schloss' rooms redesigned and staffed with furniture in Neo-Classical style. He also had the French-style gardens transformed into a landscape garden in English style. 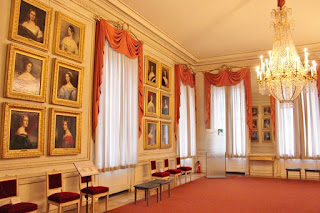 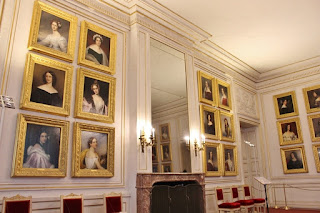 While the Wittelsbach family continued to spend time at Schloss Nymphenburg until the end of the monarchy in 1918, not many changes were made during the last century or so. One exception is to be found in the year 1826, during the reign of King Ludwig I, when court architect Leo von Klenze altered the main building to appear in a more Classicist style. After the end of the monarchy, Schloss Nymphenburg came into the possession of the Bavarian state though the head of the Wittelsbach family - at the moment Duke Franz - continues to have a right of residence.

Good to know:
Schloss Nymphenburg houses several museums. While some parts are closed during the winter months, the main palace is open all year from April to October 15 between 9am and 6pm as well as from October 16 to March between 10 am and 4pm apart from January 1, Shrove Tuesday, December 24, 25 and 31. Admission for Schloss Nymphenburg is 6 euros though there is also a combination ticket for 11.50 euros that also allows you to see all the small palaces in the park and more. For more information, have a look here.
Bavaria Germany Munich Open Park Wittelsbach